The term bling-bling became one of the most used slang in the 2000s after hip-hop music gained grounds and African-American artists were enjoying centre stage. Along with their popularity came wealth, of which they celebrated and spoke on daily basis. After a while, as more and more artistes continued to make so much money in the music industry, the verbal accounting of wealth was not enough and musicians, athletes and other affluent African-Americans started displaying their wealth in magazines, music videos, on the red carpet and at every opportunity they got.

Huge jewellery pieces made of pure gold and other expensive stones were worn or carried in the form of chains, grills and crowns. Due to their social impact, the culture soon spread across the globe especially among Africans all over the world. According to the Fader, the culture is one of the hip-hops most defining moments made by artists like Lil Wayne.

This culture has been practised by Africans since the beginning of time and was very prevalent in Ancient Africa. From royals to the everyday people, the bling-bling culture prevailed due to the abundance of natural minerals and wealth in the kingdoms. 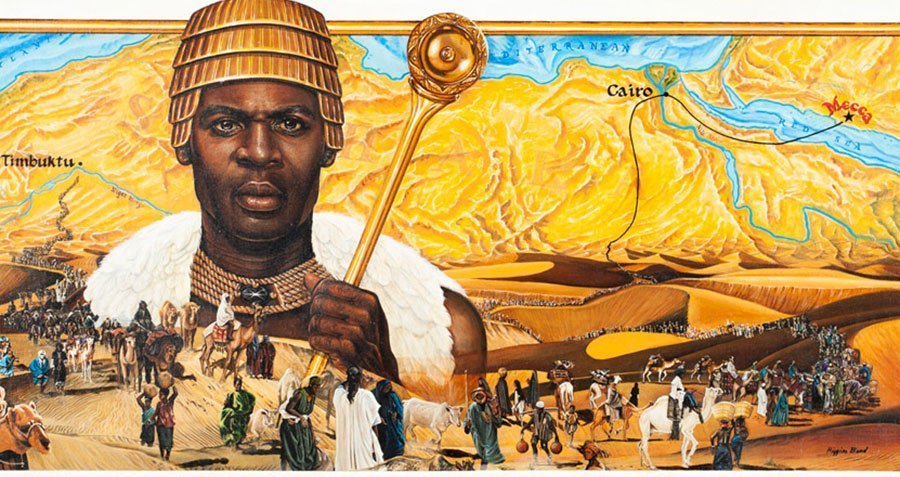 Royals were adorned with heavy ornaments in Ancient Egypt and West Africa and often had to be carried during public events. The ornaments were so heavy that servants stood close to kings and their family to help them raise their hands when they needed to speak. Even though tiring, the display was part of the culture and custom that royals had to comply.

The display of wealth was even more prominent during royal wedding ceremonies. Wealthy merchants and farmers would wear garments made of silk, with women often found in colourful beads and clothes that showed their status in society.

The homes and palaces of ancient Africans were often decorated with huge monuments. Throughout the temples and palaces found in Ancient Egypt, Sudan, Benin and the Ghana Empire, walls were made of gold and painted in glittering gold to signify that their kingdoms were wealthy. Homes of every day were no exception, and wealthy families showed off their wealth with gold or gold-plated utensils as well. Many at times the wives of wealthy men were seen using fans made of gold foil.

Even dead people were part of the bling-bling culture.

In Ancient Zimbabwe, dead people were wrapped in gold foils and buried with expensive headwears. This was also prevalent in East and West Africa. It was believed that the dead needed to be ushered into the afterlife in a way that signified that they lived a good first life. The ceremony became a competition between families. Many of these monuments are today found in the museums in Europe.

Despite colonisation in Africa and slavery in the Western worlds, the bling-bling culture is still deeply rooted in the lives of Africans across the globe.

Even though jewellery is its main root, bling-bling culture does not only apply to jewellery. The wealth of a man was also a means of identifying that he was worthy enough to have a wife or a certain position in societies. Women also loved to show off their husband’s wealth through unnecessary spending in public places, their expensive hair and wearing different luxury garments on a single occasion.

Today, the ancient practice of the bling-bling culture is the reason why we love to look good, drive the flashiest of cars and are generally particular about social status and appearances. These trends are evident on social media such as Instagram.