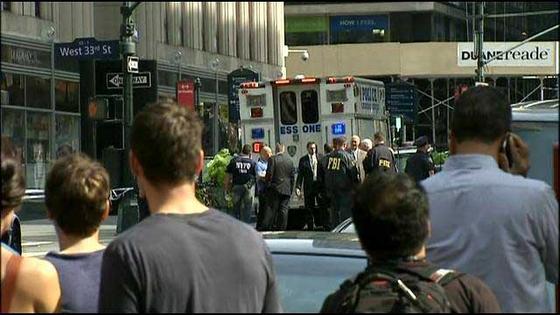 NBC News reported a shooting outside of the Empire State Building in New York, NY this morning. The New York Police Department (NYPD) said at least 10 people were shot and that the gunman is dead.

The condition of the victims is unknown; however, there are reports that at least two of the victims died. It is not yet apparent if the gunman’s death was a suicide or at the hands of the NYPD.

The New York City Fire Department (FDNY) told NBC News that they responded to a call at 9:07am and arrived at the scene by 9:13am. The shooting took place at Fifth Avenue and 34th street.

The shooter is allegedly an upset employee of a business in the Empire State Building, which houses over 1,000 businesses.

Check back for more details as this story develops.