When Africans were enslaved and taken to the Americas, they carried with them aspects of their African identity including religion. One of the popular religions with African roots is the Candomblé, which is practised in Brazil.

Candomblé, which means dance in honour of the gods, developed in Brazil between the 16th and 19th century when African priests continued teaching the myths and traditions and culture of the religions in Africa.

It includes the beliefs of the Yoruba, the Fon, the Bantu as well as the aspects of the Roman Catholicism practised in Brazil.

The religion had however come under threat when the white masters banned it and tried to convert the enslaved Africans into Catholicism as they considered African religions as primitive and barbaric. The slaves practised Catholicism in public and Candomble in secret. However, upon discovery, they would be punished and their shrines destroyed by Catholics.

Fortunately, the religion survived and is currently being practised by more than two million people in Brazil, and with a few worshippers in Venezuela, Colombia, and Uruguay.

Just as the Yoruba, practitioners of the Candomblé religion, known as povo do santo (people of the saint), believe in Olodumare as the supreme being, who is served by lesser gods known as Orishas. They also believe that each one of them has a personal orisha who protects them and maps out their destiny.

One of the most important aspects of the religion is dance and music as indicated in the meaning of its name. During the dance, the worshippers are possessed with the Orishas and some specific dances were held particularly for this.

The people also had shrines, known as casas, rocas and terreiros, which featured external and internal sections for worship.

The povo do santo must enter the Terreiros in clean clothes and must have rid themselves of impurities by splashing themselves with water beforehand.

The religion also places women as a vital element. Seen as the “mothers of the holy one,” they not only manage Candomblé services but also take on roles as apprentice priestesses for future service. Some of the popular priestesses include Olga de Alaketu and Mãe Menininha do Gantois. 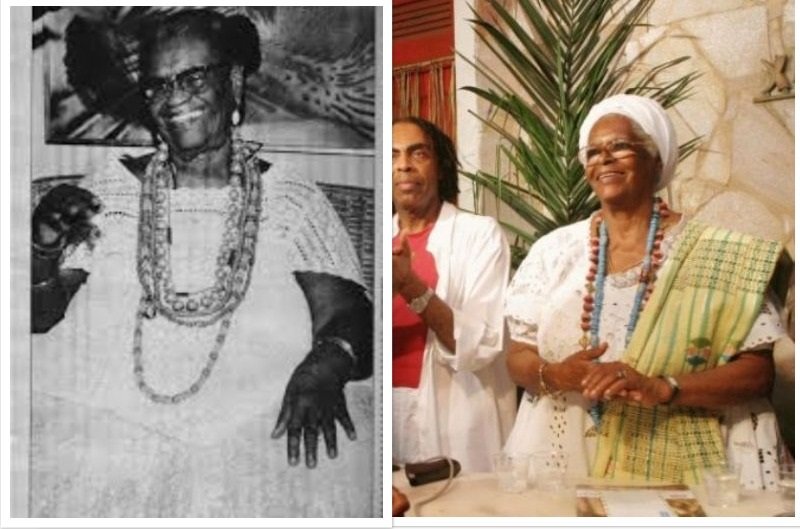 Unlike many religions, Candomble does not have the concept of good or bad. The povo do santo believe that they are on this earth to fulfil their destiny and their actions must reflect the same. However, they also believe that whoever does an evil deed will be punished by having the evil deed done on him eventually.

They have a code of conduct known as Egum, which entrenches the need to continue the moral standards of the past in the present.

Candomble comes with two types of rituals. In the first one, priests and initiates prepare themselves for the mass, including washing clothes and ironing them ahead of the ceremony. In the public mass, the worshippers invoke the spirits and mass is conducted. It usually ends with a banquet.