Renowned Senegalese sculptor and the first African to be elected as a member of France’s popular Academie des Beaux-Arts, Ousmane Sow, died last Thursday at the age of 81 in Dakar, Senegal. Born in Dakar in 1935, Sow abandoned a prestigious career as a physiotherapist in France to venture into art. He often said that his inspiration to pursuit art was from photographs taken of the Nuba people taken by German dancer, actress, and film director Leni Riefenstahl.

“With his death, he leaves behind dreams and projects that his tired self could not carry out,” his family told the AFP.

Determined in promoting Africa through his work, Sow displayed a unique element of meticulousness in his sculptures, most of which have been exhibited around the world.

Sow’s work has been displayed at prestigious exhibitions such as documenta IX in 1992,  an event that takes place every five years at the Whitney Museum in New York.

His most celebrated work is a series of life-size sculptures of Nuba wrestlers inspired by the images of Riefenstahl. 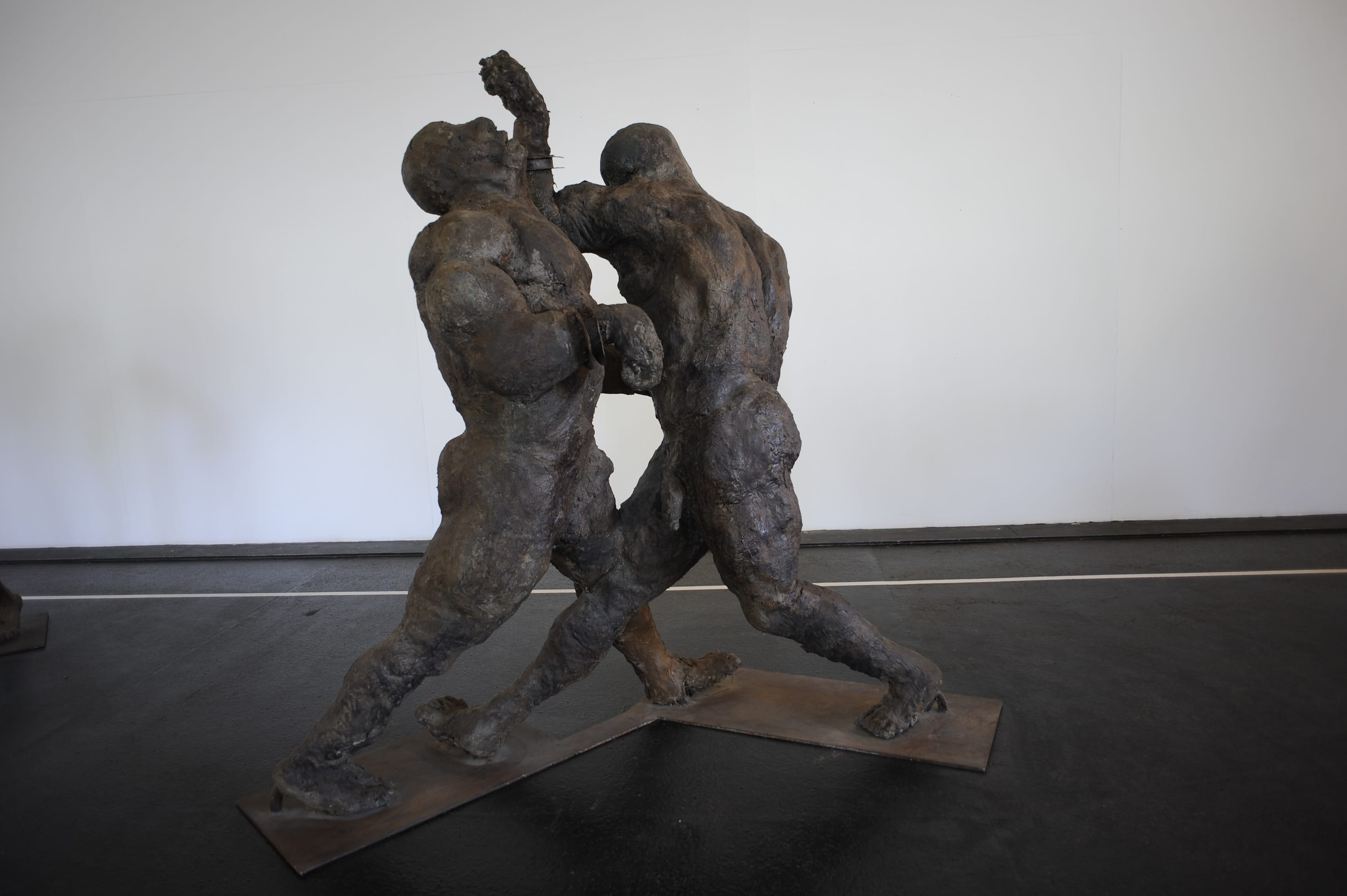 Sow held his first exhibition, a bas-relief at the First World Festival of Black Arts in 1966 in Dakar after Senegal gained her independence in 1960. Photo Credit: Ventures Africa

Sow’s global recognition came in 1991 after he exhibited his giant sculptures of Nuba wrestlers on the Pont des Arts Bridge near the Lourve in Paris, France.

He designed sculptures of different African tribes including the Maasai of Kenya and Tanzania and the Zulu of South Africa. He also sculpted the late South African leader Nelson Mandela as a goalkeeper. 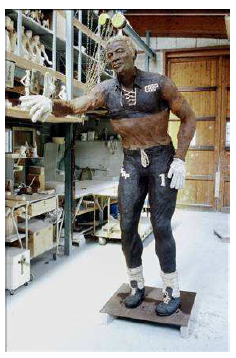 Sow explained that he wanted to depict the former South African president and freedom fighter as extending his hand to keep corrupt African heads of state at bay, according to Africa News.

Sow often claimed that his understanding of the human anatomy from his previous career as a physiotherapist greatly helped him in designing exceptionally flawless sculptors.

“I could be blindfolded and still make a human body from head to toe,” Sow joked.

“The fact that his works were shown all over the world proved that he was a giant of culture,” Ndiaye said.

Sow had been ill for some time before his death.