Ghana recently signed an agreement to trade the country’s $460 billion bauxite reserve to China in return for roads, hospitals and other projects. Finance Minister Ken Ofori-Atta told the parliament during a budget reading in July that Chinese company, Sinohydro Group Limited, is expected to provide US$2 billion of infrastructure for the refined mineral.

On the back of this revelation, The Ghana Bauxite Company which is owned by the Chinese company named Bosai Minerals Groups has been found to have evaded fees owed to the Ghanaian government. The amount tallied over $90 million over a period of six years. 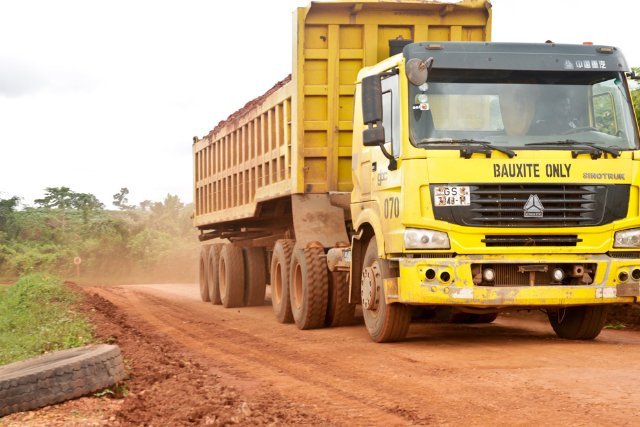 A one-year investigation by local media Joy News found that GBC trucks not only over-loaded their bauxite trucks but passed through government mandated weighing stations without being flagged as required.

A Ghanaian official who spoke on the condition of anonymity commented, “Overloading of bauxite at Awaso is a ritual which has been going on for a very long time. Yes, you could say most of the contractors are not happy with it but, because it is coming from the top, they have no choice than to comply.”

Ghana highways report that the fee for passing weigh stations is 273 Cedis or $57.26. Nicholas Brown, Axle Load Manager confirmed the findings of non-payment.  Subsequently, the contract of the operator of the weighbridge was axed.

There are no current reports of Ghana Bauxite Company or Bosai Minerals Groups being called to task for their actions.

General Manager of the company, Fang Jingkun hung up the phone whenever he was called and asked questions pertaining to the case.