The president of Tanzania, John Magufuli, has come out to say that he prefers loans from China to those from the West.

Magufuli, who was speaking at the opening of a library at the main university in Dar es Salaam, added that Chinese loans come with fewer hassles and conditions.

“The thing that makes you happy about their aid is that it is not tied to any conditions. When they decide to give you, they just give you,” Magufuli said, reports the BBC.

The comments come weeks after the East African nation faced criticism from western donors for banning teen mothers from schools and for its anti-gay stance.

In June 2017, President John Magufuli upheld a controversial 2002 law that bans pregnant schoolgirls from returning to school after giving birth. He also added that men who impregnate schoolgirls should be imprisoned for 30 years.

There has not been an official record of how many girls have been expelled from schools or barred from returning to school once they have had their babies. Reports, however, indicate that various regions in the country have been arresting pregnant girls and forcing them to reveal the men responsible as a measure of ending teenage pregnancies.

This almost cost the country a $300 million educational loan from the World Bank but after deliberations, the loan was reinstated. 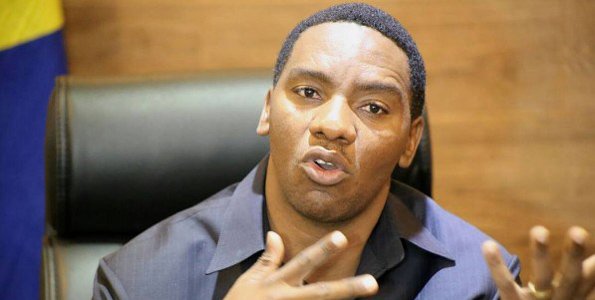 Just weeks after, Denmark,  which is Tanzania’s second-biggest donor announced that it would hold back $10 million worth of aid money over concerns of human rights abuses and “unacceptable homophobic comments” made by a government official.  This was in response to an announcement by Paul Makonda, governor of the economic capital Dar es Salaam, that he would institute a surveillance squad to track LGBTQ people in the country.

Although the European Union is the top lender in the East African country with aid worth $88 million annually., China has been making a mark by financing a number of projects, including the library that President Magufuli was launching to the tune of $40.6 million.

As of 2017, the trade volume between the two countries hit $4.6 billion, according to the Citizen.

The East African country is also set to benefit from the $60 billion in investment, aid and loans that China has promised to spend in Africa over the next three years, mostly in infrastructure development.

It would be interesting to see what the West will say about this recent pronouncement by the president who has been nicknamed The Bulldozer.