With the effect of climate change now being felt in every corner of the globe, governments and conservationists are working round the clock to prevent further damage to the environment. One of the major undertakings being pursued in this regard is the adoption of solar energy.

In Africa, governments are working together with local and international partners to generate solar energy for their population. One of such countries is Eritrea where streetlights are now being powered by solar.

The streetlights are part of a joint multimillion-dollar project between the government of Eritrea and its Chinese counterpart, in which at least 300 solar-powered streetlights will be installed in different parts of Eritrea’s capital Asmara.

Installation of these street lamps is currently being done in public spaces and recreation centres, and a team of locals has been trained on their maintenance. The project, which started in 2013, has already covered a significant portion of Asmara, with the current phase expected to cover 10 kilometres around the city.

According to the Head of Energy in Central Eritrea, Girmai Berhe, who was recently quoted by Madote, the street lights will require a sustainable maintenance plan to ensure a long-term service. Asmara is usually dry for the better part of the year, with temperatures rising up to 72.1 degrees Celsius in January. 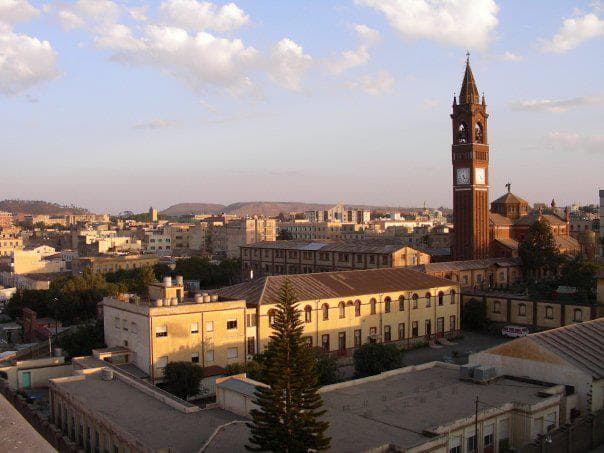 The Eritrean government hopes to tap into this natural resource to power its capital city and eventually expand the project to other towns across the country. Eritrea, like many other African countries, appreciates the fact that the only long-term solution to energy deficit in Africa is solar power.

Asmara, which sits on top of an escarpment on the northwestern edge of the Eritrean Highlands, was declared a world heritage site by the United Nations Education, Scientific and Cultural Organization (UNESCO) in July 2017 during the 41st session of the World Heritage Committee.