Former officer Roy Oliver of the Balch Spring police department was found guilty yesterday of killing unarmed 15-year-old Jordan Edwards after he attempted to leave a house party with his brothers in 2017, as reported by The Grio.

The jury deliberated for a duration of 12 hours over two days before reaching the verdict.

Oliver shot Edwards in the back as he sat in a 2004 black impala. Oliver claimed that the driver of the vehicle attempted to run his partner, Officer Tyler Gross over. However, eye-witness account and video recordings captured by the officer’s own body cam disputed the allegations.

What’s even more telling is Gross testified against Oliver during cross-examinations, as documented by Star-Telegram.

This case is monumental because police officers are usually not charged with the murder of unarmed suspects.

However, there are many other incidents in which law enforcement officers who have killed black people walk away scot-free. There have also been cases where criminal complaints involving white people against black or any other person of color have garnered lenient judgments.

Case in point is the criminal case against 20-year-old Nikki Yovino. Yovino falsely accused two football players of rape, which was later proven to be lies as reported by Vibe.

One of several eyerolls as judge sentences Nikki Yovino to a year in jail for falsely accusing two fellow Sacred Heart University students of rape in 2016. pic.twitter.com/uOcKp4QcQH

One of the victims spoke in court saying, “My life has been altered and shaped in ways that no one could imagine.” He further explained how he went from a college student to being expelled with no way to clear his name.

“I never really had an opportunity to even speak my own justice,” the man continued. “I was out of school, I [went into] debt, I had to figure out things I never would’ve had to if this girl didn’t lie. I just hope that she knows what she’s done. My life will never be the same. I have anxiety, PTSD…I can’t talk to girls the same because I did nothing wrong. Everything has been altered because of this situation.” [sic]

“My life will never be the same.” Victim who was falsely accused of rape speaks out during sentencing of Nikki Yovino. pic.twitter.com/h89FZezudj

Yovino’s punishment? After feigning mental illness as an excuse for her behavior, she agreed to deal where she pleaded guilty to misdemeanor charges of falsely reporting an incident and interfering with police. After it’s all said and done, Yovino will only serve one year of jail time while the remaining time will be converted to three years of probation.

It doesn’t end there.

In May the case of barbecuing while black gained traction when an unidentified white woman called the cops on a black family enjoying quality time.

The white woman was not charged with any crime.

Then there is the case of Lolade Siyonbale, the Yale University student who had the police called on her simply for sleeping on a couch.

The student who called law enforcement, Sarah Braasch was not admonished by school officials nor by the cops.

Some incidents have had fatal outcomes.

No one can forget the 2014 fatal shooting of Mike Brown, an unarmed 18-year-old college student.  Brown was shot by Ferguson, Missouri police six times and left in the streets before his body was finally deposited to the morgue.

On July 17, 2014, Eric Garner was killed when Officer Daniel Pantaleo put him in a fatal chokehold. Pantaleo was finally charged four years later by the New York Police Department with ‘violating departmental regulations’ as reported by Business Insider.

The unfortunate trend of killing unarmed black people has deep roots in American society. Even civil rights figures, whose aim was to gain equality for blacks were not spared. 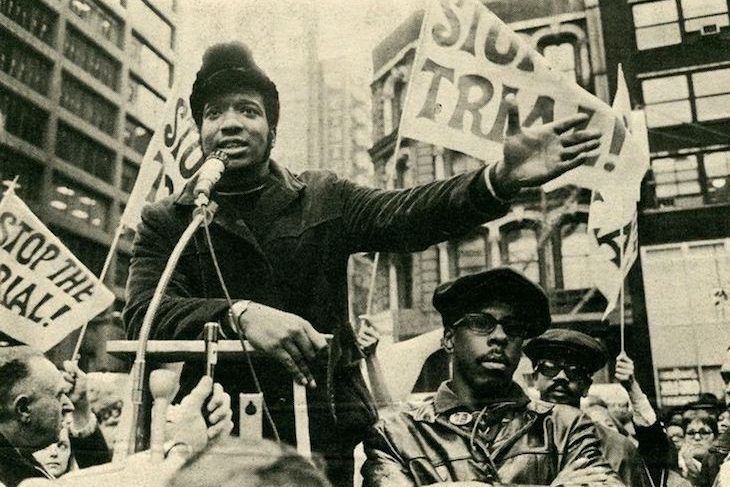 Fred Hampton was a black revolutionist, activist and deputy chairman of the Black Panther Party.

Hampton was killed during a raid on December 4, 1969, led by the FBI with the assistance of the Chicago Police Department. He death was ruled a “justifiable homicide” as he was considered a “key militant leader.”

Even though in 1982, members of Hampton’s family won a settlement of $1.85 million dollars from the city of Chicago, his killers were never prosecuted.

The guilty verdict for Oliver is a victory indeed, but will prosecuting officers who kill suspects be a norm or is this just an exception to an unwritten rule of cops literally getting away with murder?