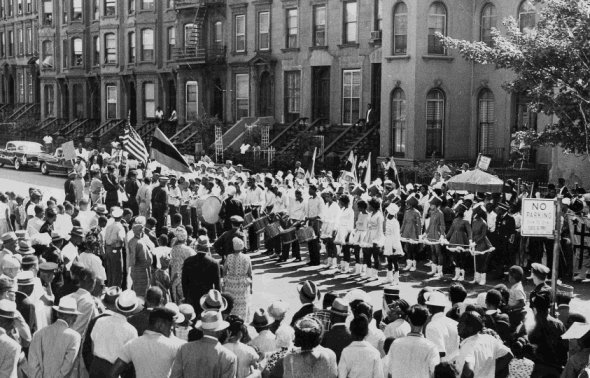 One of many UNIA parades attended by a high number of people. LinkedIIn account

The largest organized mass movement of Black people in recorded history
The Civil Rights movement of the 1950s and 1960s and the anti-apartheid movement that swept the globe in the 1980s are undoubtedly more well-known when it comes to mass action in support of Black empowerment around the world. However, Garvey’s Universal Negro Improvement Association – African Communities League still holds the record for the largest and most successful attempt to organize Black people globally to advance their own interests.
Without relying on the support of wealthy white patrons or philanthropic institutions, Garvey and his followers built more than 1,000 chapters in 40 countries across three continents. At its height, the UNIA boasted 2-4 million members.

In the July 1988 issue of NAACP’s Crisis magazine, longtime Pan-African organizer Kwame Ture notes that “the idea of mass party itself, Nkrumah would tell all, came from the Honorable Marcus Garvey, who injected the mass character into the Pan-African struggle with the Universal Negro Improvement Association.”