Fred Swaniker is a Ghanaian businessman, and like every good businessman, he thinks in terms of profit and loss, strikes deals, and puts his money where his mouth is.

But Swaniker, 40, is not your standard businessman; he does not trade in commodities or crude oil and he is not a shrewd investment banker. He isn’t even an IT tycoon like most of Africa’s modern entrepreneurs around his age.

Swaniker is an education magnate, and his business model is focused on developing and empowering young minds in Africa with the required skills to shape and create a future of their dreams. He has built a unique business empire around providing quality leadership training to young Africans to practice entrepreneurship at an early age.

A graduate of Stanford Business School, Swaniker is the chairman and founder of the African Leadership Academy, a residential institution for teens aged 16 to 19 and located just outside Johannesburg, South Africa.

The academy aims to groom and provide 6,000 transformative leaders for Africa over a 50-year period. 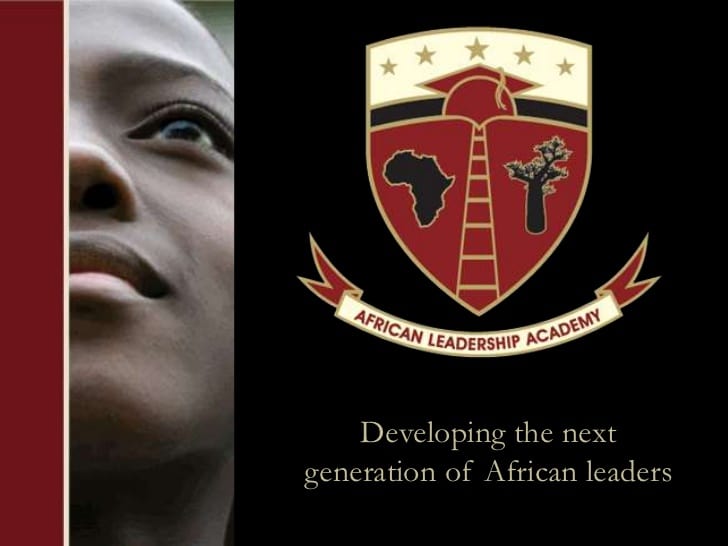 In a recent interview, Swaniker told CNN, “The greatest equalizer in life is education. If you can give people a chance to get this education, then we can actually get people out of poverty and in to the middle class, and then eventually creating wealth for others.”

Swaniker is the proverbial apple that did not fall far from the tree: his mother was an educationist and the founder of one of the most-respected private schools in Botswana, where he spent some of his formative years.

After Swaniker’s father passed away, his mother made 18-year-old Swaniker the head teacher. Of the experience, Swaniker says, “Parents were giving you their most valuable asset really: their children.”

Swaniker says he got the idea to start the African Leadership Academy, when he realized that wealthy African families were sending their children to study in the United States and the United Kingdom.

He got funding and support from partners and friends he made during his time in America, and the African Leadership Academy was launched in 2004.

In 2013, Swaniker went one step further when he launched the African Leadership University in Mauritius, and he says he hopes to open another 25 campuses across Africa by 2060.

Swaniker expects the African Leadership University in Mauritius to grow to have an estimated 15,000 people in its employment in the next 30 to 50 years in order to provide jobs and guarantee a supply chain of young motivated leaders who are primed to shift the leadership paradigm in Africa.

“I realized leadership was the single biggest thing that was holding us back from achieving our potential as a continent,” he said. “The idea… came to me, Why don’t I create a special school for leaders? If you give a young person a chance to practice entrepreneurship at 17 or 18 in a small way, that will give them the confidence and the practice to do something much bigger.

“Our aim is to transform Africa by developing what we believe is our most precious resource, which is not gold, it’s not oil, it’s not all these minerals that we obsess about in Africa — it’s the brains of our young people.

“We’ve been missing the boat, and trying to dig up the resources underground. Our most valuable resource is above ground.”