He did serious damage to the 37-year-old Japanese boxer at the Gila River Arena, Glendale, Arizona, U.S. on Saturday after knocking him out after just a minute and 30 seconds into the first round.

The WBO Super Bantamweight champion, after giving the veteran Otake his first ever career knockout would now be setting his eyes towards the other three world titles, including the WBC, IBF and WBA belts.

He captured the WBO crown earlier this year after beating American Jessie Magdaleno via an 11th TKO.

But how did he get here?

He is reported to be the only world champion Ghana has produced who did not come from the staple Bukom background, as he was born in Accra but moved to London, England when he was 7.

Coming from a royal background, his grandfather, Torgbui Sri III, who was then the ruler of the Anlo state in the Volta region of Ghana, had sent Dogboe to England to reunite with his father and secure him a university education.

He was disappointed when he was later told that his grandson had taken to boxing but Dogboe’s father, Paul, assured him that the young boy would definitely not abandon his education. 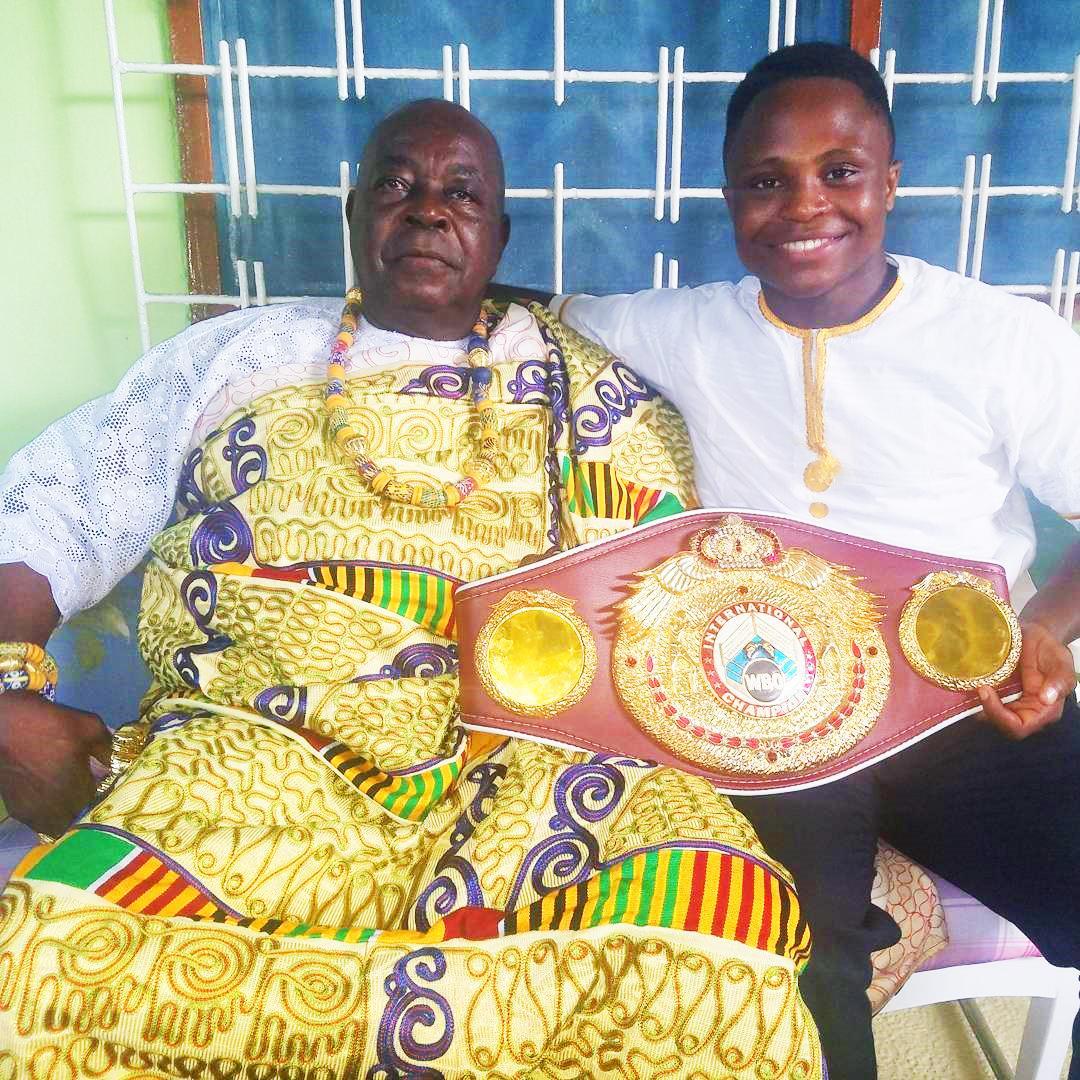 Dogboe and his grandfather — Theworldnews.net

Before his Saturday night title defence, Dogboe told U.K. media: “I was around eight when I moved over here but my dad was already here and I was just coming to join him.

“Ghana to London to Kennington was a shock, I came in September and it was chilly. I had the heating on full blast all the time but going out was cold but I managed to adapt very quickly.

“At some points school was easy but it was tough at the beginning.

“Early on I got in a fight and I went home to my father and he told me off, he told me to walk away and tell the teacher.

“I went back and the next incident was a group of guys who wanted to fight me because I was African. They pushed me in a circle with another guy and just made us fight.

“It was mad, it was totally mad. The guy just started swinging and I was just trying to block and shield myself. I went home with black and bloodshot eyes and my father asked what happened.

“I told him I got beat up but that was the last one I had and I have never been beaten up since.”

Dogboe, with his royal background, would definitely not have been targeted by bullies in his home country Ghana.

What’s more, in Ghana, boxing is seen by many as a sport for school dropouts and that is what Dogboe is hoping to change, he said, adding that “There are doctors and lawyers who love boxing too.”

Thus, Dogboe would continue to gain his degree in sociology, as well as try to unify the bantamweight division. 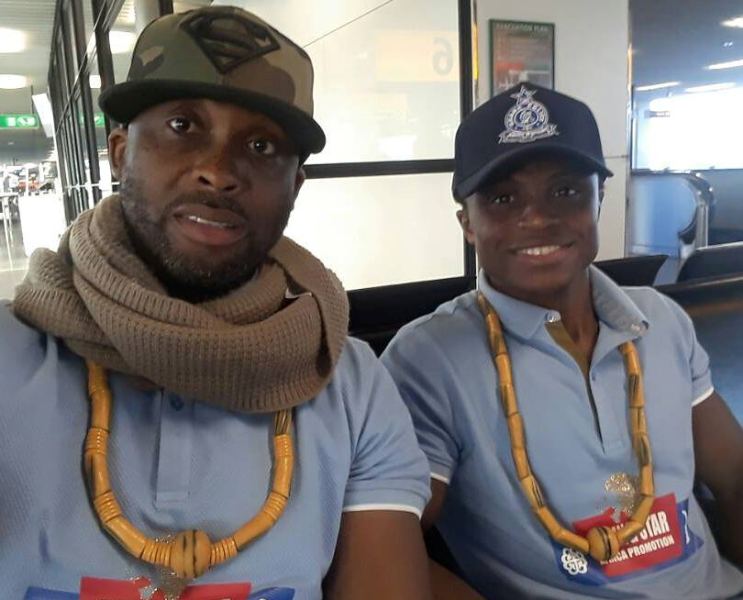 His father, Paul, has been his push all these years, as he has been his coach, manager, cab driver and carer. He convinced his son to move from soccer to boxing and that is surely paying off.

Despite his lack of any formal training, Paul used his military background to shape his boy into what he is now: (20-0, 14 KO).

“We would train in Kennington Park and we would end up drawing a crowd, people would gather around and some would worry about me, saying ‘you’re training your boy too hard’,” Paul said.

The youngster would later grab amateur titles. He won silver in the African Olympic Qualifying Event beating Mohamed Bedir from Egypt, Emilian Polino from Tanzania, Ayabonga Sonjica from South Africa and only losing on countback after a 6:6 draw in the final to Aboubakr Lbida of Morocco, according to accounts. 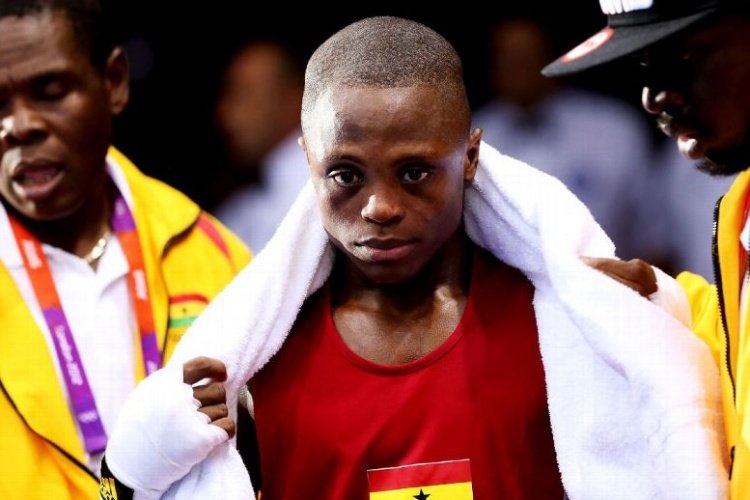 At age 17, he almost gave up after judges reportedly snatched a certain victory away from him at the 2012 London Olympics but he and his dad, without the help of any British promoter or manager, spurred on. He would later win fights in Switzerland, Ireland, America, Ghana and New Zealand.

Dogboe’s comeback against Jesse Magdaleno in April this year, would definitely remain in the history of Ghana boxing after a glittering performance, particularly after coming off the canvas to knock Magdeleno in the eleventh round.

He had, before this, become the youngest of the eight major world title holders in the history of boxing in Ghana, after stopping Mexican fighter Cesar Juarez in round five to win the interim WBO World super bantamweight strap.

Ghana’s sixth World title was won by Joseph Agbeko when he was 27 years, and Joshua Clottey won Ghana’s seventh World title at age 31. 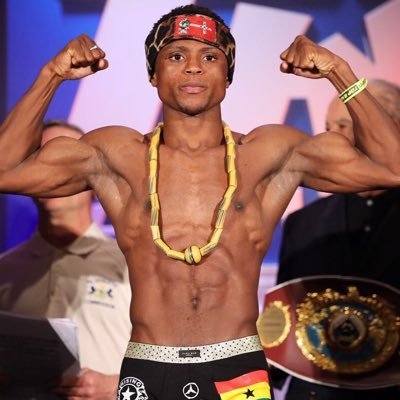 Dogboe is just 23, thus making him the youngest.

The young boxer earlier this year told Ghanaian media that he hopes to be busy after being signed on by America’s premier boxing promotions, Top Tank, owned by Bob Arum.

“Many people lost faith in Ghana boxing and Ghanaian boxers. When some people went outside to fight it’s like people expect them to lose but God being so good, He has given us that strength to go out there and bring the golden feeling back to Ghana,” he said.

Though his grandfather never got to see him become a world champion as he passed away in 2014, Dogboe believes that he has made him and the people of Ghana proud by bringing back the country’s glory in international boxing.

“We have restored the faith and the pride of the people and given them something back Ghana boxing and put Ghana back on the world boxing map. A lot has been invested in me and I am very thankful to my family and everyone that is supporting team Dogboe,” he said.