A Soul to Soul concert was held on March 6, 1971, in Ghana to commemorated the 14th anniversary of the West African country’s independence. The concert was also filmed as a documentary and released in August 1971.

The concert was an effort to start the beginning stages of a bond among Ghanaians and members of the African diaspora. The film included the live performances as well as the artist’s interactions with the citizens of Ghana. 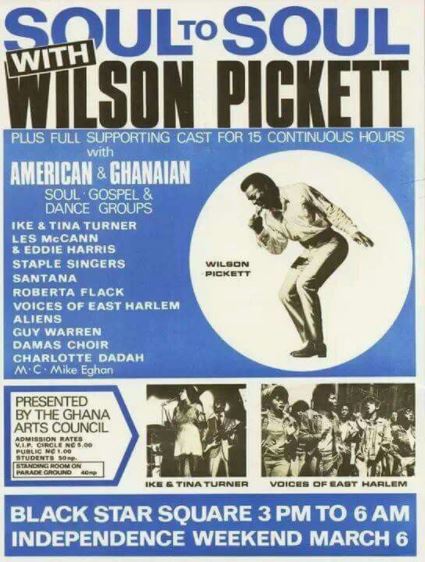 The idea was initially proposed by Maya Angelou – the acclaimed author and poet, to the Kwame Nkrumah administration. The Nkrumah government was not able to bring the idea to fruition. Nonetheless, Ed and Tom Mosk approached the Ghana Arts Council about the formation of a show in 1970 and the council agreed. The Mosk’s were inspired by a show headlined by James Brown in Lagos, Nigeria that occurred in 1970 as well.

The stars featured were Ike and Tina Turner, Wilson Pickett, The Staple Singers, and Santana to name a few artists. Some of the Ghanaian musicians on the bill were Guy Warren also known as Kofi Ghanaba, The Damas Choir, and The Kumasi Drummers.

Though the show was not a commercial success, Soul to Soul was a gesture in building the complicated relationship between Africans and African-Americans. Though this notion is a slow-moving train, it is showing promise.

Watch some footage from the iconic concert:

Ghana is the first black nation to gain independence from British colonial rule on March 6, 1957. However, full independence wasn’t gained until July 1, 1960.

The formation of an independent nation began with the culmination of the United Gold Coast Convention (UGCC) on August 4, 1947. UGCC was founded by the big six which consisted of Edward Akufo-Addo, Ebenezer Ako-Adjei, Joseph Boakye Danquah, Kwame Nkrumah, Emmanuel Obetsebi-Lamptey, and William Ofori Atta, respectfully.

On February 28, 1948, former servicemen sought to protest what they deemed as unfair treatment and unfair policies by the UGCC party.  In an attempt to disperse the crowd at the demonstration, policemen fired at the crowd killing three of the ex-servicemen; 60 demonstrators were also killed. 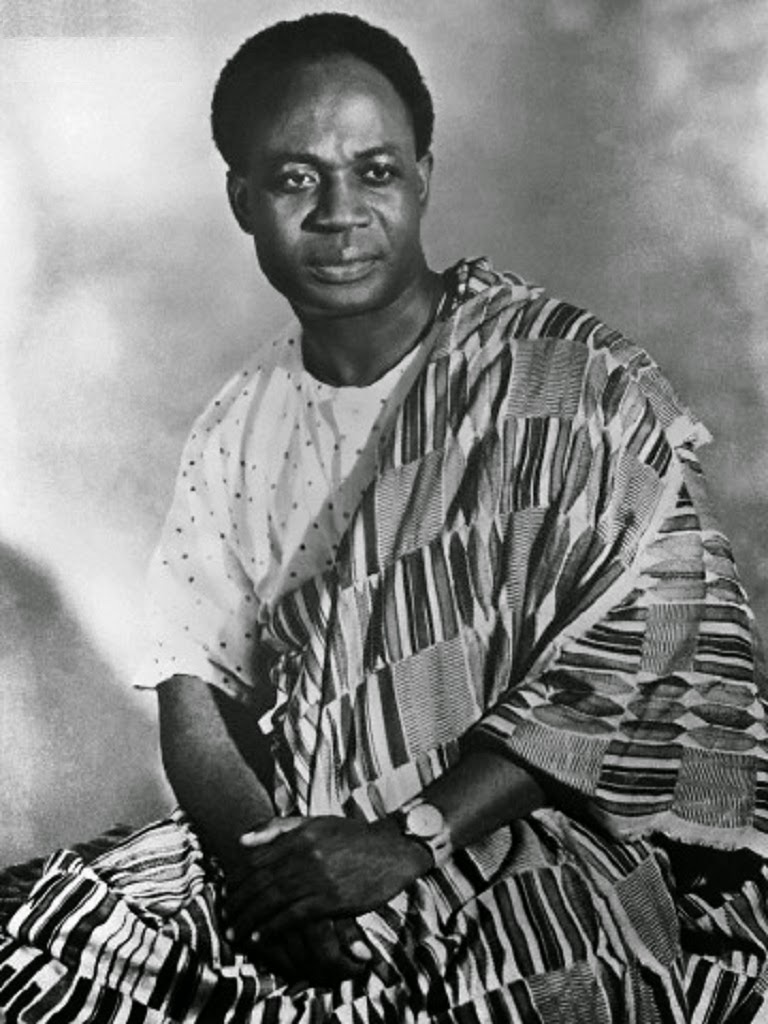 As a result, the big six were arrested.  After their release, Nkrumah no longer supportive of UGCC’s motto of “call for self-government in the shortest time possible” severed ties with UGCC in 1949. He also created the Convention People’s Party on June 12, 1949.  After additional imprisonment for sedition due to violent uprisings in 1950, a “leader of government,” role similar to a prime minister position was created. In 1952, the prime minister position was formed and Nkrumah was selected by the assembly to serve.

In 1954 the National Liberation Movement commenced. The NLM accused CPP of dictatorship. Talks between CPP, NLM, and the Northern People’s Party (NPP) – who sided with NLM’s stance stalled, the CPP became discouraged that Ghana would not become its own entity.

On the other hand, the British constitutional adviser sided with the CPP. The British dissolved the assembly to gauge support of the CPP.  On May 11, 1956, the British agreed to independence if a large party of the new government agreed.  The elections held on July 17, 1956, and the CPP won 57 percent of the votes cast.

On August 3, 1956, the new assembly passed a motion to request independence within the British Commonwealth.  There wasn’t any opposition to the request so, on September 18, 1956, the British appointed March 6, 1957, as the date that then named Gold Coast was to become democratic of Ghana.