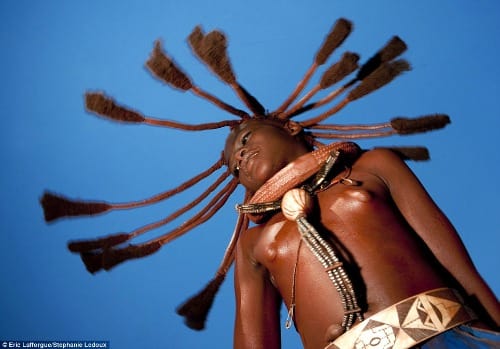 The Himbas of northern Namibia use a number of ornate hairstyles to denote status in their community, according to the UK Daily Mail. 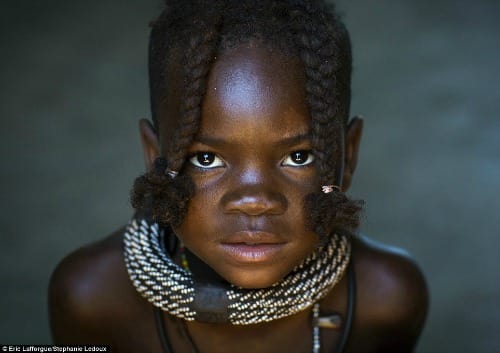 With the Himbas — who are pastoralists who migrate between Namibia and Angola, from the time one is born, his or her hairstyle visually identifies one’s place in his or her society. This is especially true for females. For example, a young girl who hasn’t reached puberty yet (pictured above), will display two braids at the front of her head until she reaches puberty. If a girl is a twin, though, then she will wear only one single braid.

At puberty, the girl will wear dreadlock-styled braids that cover her face, letting males know that she isn’t ready to marry (pictured below). The hair is made up of goat fur, ground ochre, and butter. Some females will add Indian hair to it, which they buy from the marketplace, to their locks as well. 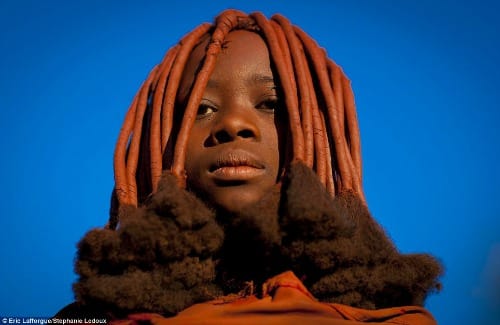 But when a young women is ready to marry, those same locks will be braided toward the back of the head, allowing potential suitors to see her face (pictured below). The Himbas practice polygamy, with both men and women being allowed to have multiple partners. 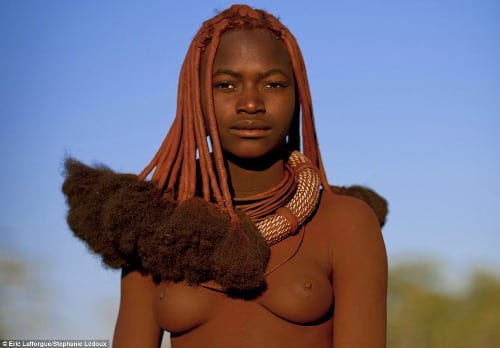 A young women’s hair changes once again, though, once she has been married for a year and/or she has had her first child (pictured). Below, a married woman wears an erembe headdress. 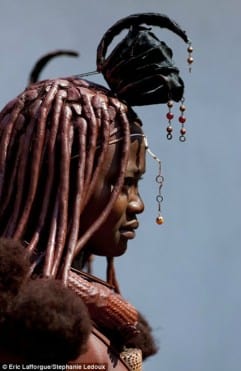 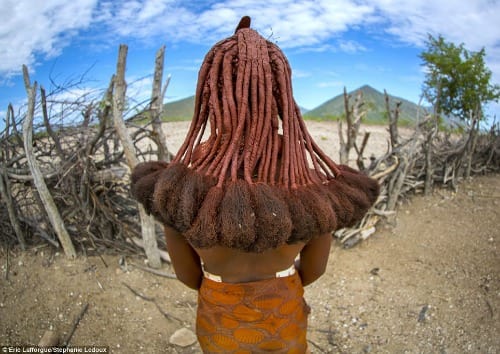 And if you were wondering about the men, boys and unmarried men wear a simple braid toward the back of their heads (pictured). 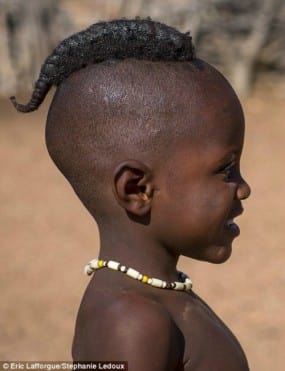 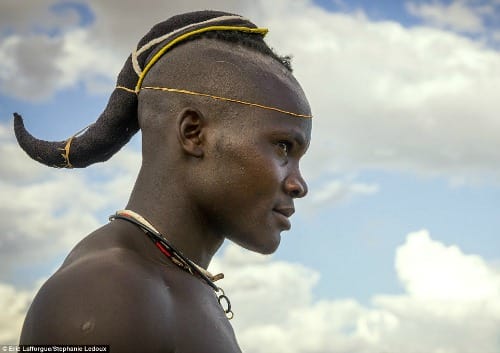 As for married men, they cover their hair with turbans for the rest of their lives (pictured) — only shaving their hair and removing their turbans during funerals. 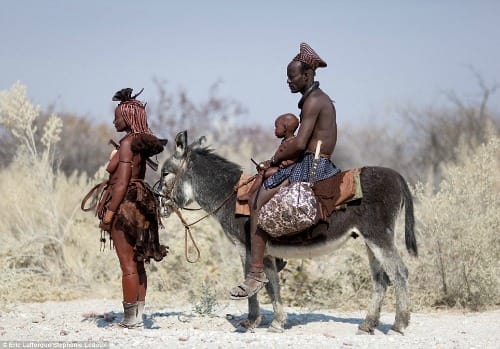 See the rest of the Himba styles here.

SEE ALSO: Wale Oyejide on His Ikiré Jones Line: ‘Color Is Not Something African Men Are Afraid Of’