If you think the world ‘Pan African’ was coined by an African on the continent, you need to revise your view.

The word was created by Henry Sylvester Williams, a Trinidadian lawyer and writer.

Born on 19th February 1869, in Port of Spain, Trinidad, Williams was the eldest of five children. He became a teacher at the age 0f 17 and a headteacher at just 18, serving for the next five years.

He moved to the United States for two years before heading north to Nova Scotia, Canada to study law. He did not finish the law degree. He, however, set up a hockey league, the  Colored Hockey League (1894-1936).

After a few years in Canada, he moved to England in 1896, where he returned to school studying at Kings College London and Grays Inn for the bar.

He became a lawyer, lecturing about Trinidad and questioning the tenets of the Crown Colony system, calling it heartless and racist.

Williams became the first person of African descent to speak in the House of Commons when he led a delegation of Trinidadian lawyers to meet MPS.

He also wrote to newspapers about the interest of the African continent and people of African descent.

In 1987, he set up the African Association, an organisation that focused on highlighting the injustices people of African descent were facing.  Many white people thought that the organisation would only last for three months, but were quite surprised when it became stronger over the years.

In 1900, he convened the first-ever Pan-African conference.  Some of the 37 delegates who attended the conference included Bishop Alexander Walters, a leader of the African Methodist Episcopal Zion Church in the United States and president of National Afro-American Council;  Frederick Johnson, former Attorney-General of Liberia; and the Haitian Benito Sylvain, aide-de-camp to the Ethiopian emperor.

Some of the issues discussed in the conference include the need for colonial governments to recognise the rights of the natives and the importance of preserving the black identity.

It garnered a lot of press coverage, including by the Westminster  Gazette, which said:

“[the conference] marks the initiation of a remarkable movement on history; the [African] is at last awake to the potentialities of his future’.

It is from this meeting that the Pan-African Association was formed. Williams became the first secretary of the association.

He travelled to Jamaica, Trinidad and the U.S  to create branches of the association. Coming back to London, he set up a monthly journal called The Pan-African, but it only existed for a few months.

Williams was unable to organise a second conference due to lack of funds.

In 1903, he travelled to South Africa, where he practised law, defending the interest of Africans under the minority white rule.  The Europeans in the country considered him a dangerous person and forced him to leave.

He went back to London and was voted on the St. Marylebone Borough Council in 1906, becoming one of the first black people to hold public office in England. 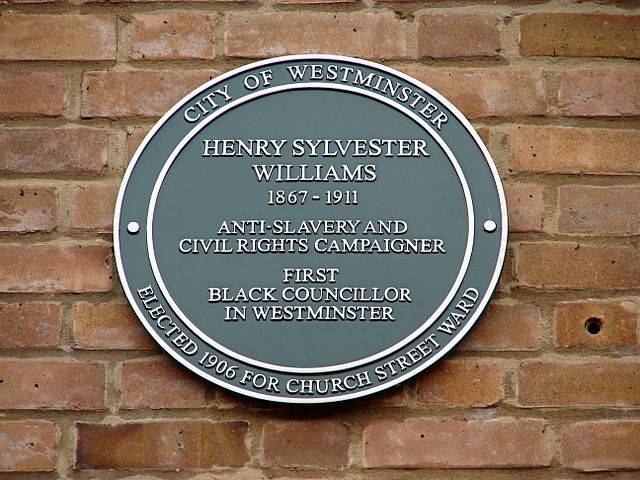 He visited Liberia in 1908 on the invitation of President Arthur Barclay, resulting in a denouncement by England. He returned to Trinidad, where he practised law and spread the word about Africa.