Studies have shown that 70 percent of the world’s cocoa comes from West Africa, with Ghana and Ivory Coast being the largest producers. Since the beginning of the 21st century, cocoa production in the region grew from two million tons to three million tons a year.

Cocoa farming has, therefore, become a major economic activity in many parts of West Africa, employing millions of small-scale farmers. However, the expansion of cocoa farming has come with its fair share of drawbacks, mainly deforestation.

Experts say the growing cocoa industry in West Africa is responsible for the dwindling forest land in the region as the popular West African rainforests are now being replaced with cocoa trees on a massive scale.

In a recent investigative report published by the Guardian, several multinational chocolate production companies were mentioned as beneficiaries of the deforestation-linked cocoa in West Africa.

The report criticized small-scale farmers in Ghana and Ivory Coast for encroaching protected natural resources in search of land for cocoa farming.

In a separate report, Reuters revealed that about one-third of Ivorian protected forests and parks have been transformed into illegal cocoa farms.

The problem of deforestation in the West African nation is so rampant that thousands of villages with complete schools, shops and churches have sprung up in the parks to sustain the residents, the report reveals. 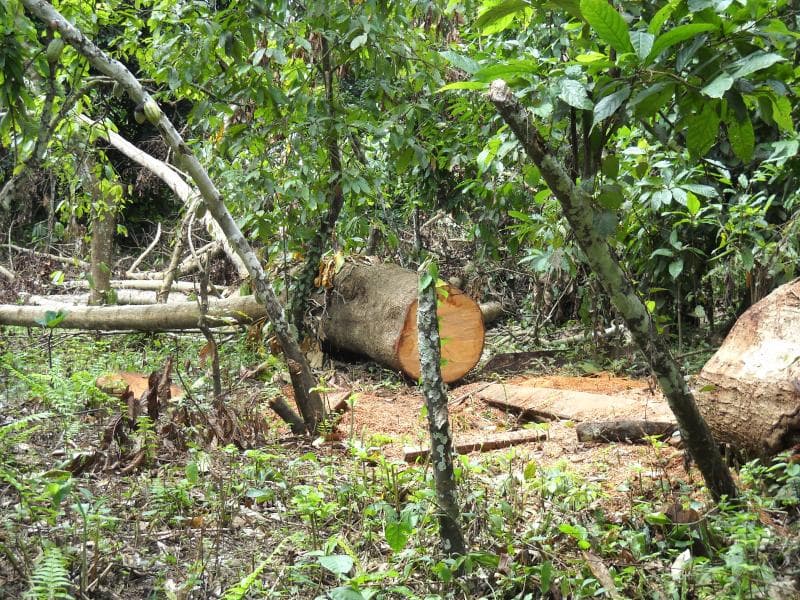 Blame It on Corruption

Both reports accuse government officials in Ivory Coast of receiving bribes from small-scale farmers in order to allow them to access areas designated as national parks and protected forests to grow cocoa.

Consequently, a large portion of Ivory Coast’s forest land has been lost, with the Guardian estimating that at least 328,000 hectares of tree cover in the country were lost in 2014 alone.

“The big danger now is that the industry’s going to kick the can down the road and blame the Ghanaian and Ivorian governments and make them fix the problem without helping [them] enough financially,” Etelle Higonnet, the author of the report published by the Guardian, says.

“But the people who have the money and the technical resources to fix it are the industry.”

The continued destruction of the precious rainforests in West Africa is going to be disastrous since the forests serve as an important shield against climate change and home to a wide range of wildlife.

Respective governments are trying their best to stop the menace, but their efforts have been frustrated by corrupt officials who continue to illegally allocate land to local farmers for cocoa farming.

Security forces in Ivory Coast have also been accused of human rights abuses as they try to evict farmers from the parks and forests.

Currently, Ghana and Ivory Coast are formulating a joint plan to help them bring to a close the problem of deforestation. The two governments are also drafting new policies to ensure the degraded rainforests are replanted and the remaining ones rescued.