Without a doubt, 2018 has been a fantastic year for Nigerian writer Chimamanda Ngozi Adichie. On Monday, September 3, ELLE India released a teaser of an interview with the award-winning writer followed by a cover of the September 2018 edition of their magazine.

Also described as the Original Feminist on the cover, Chimamanda Ngozie Adichie becomes the first African woman to grace the cover of Elle India as she speaks on storytelling spirits, her scandalous cooking habits and endless curiosity with people’s lives.

Described by The New Yorker as a “writer who is now regarded as one of the most vital and original novelists of her generation,” the proud Nigerian feminist and writer has been making Africa proud with her words both on paper and in speech across the world. 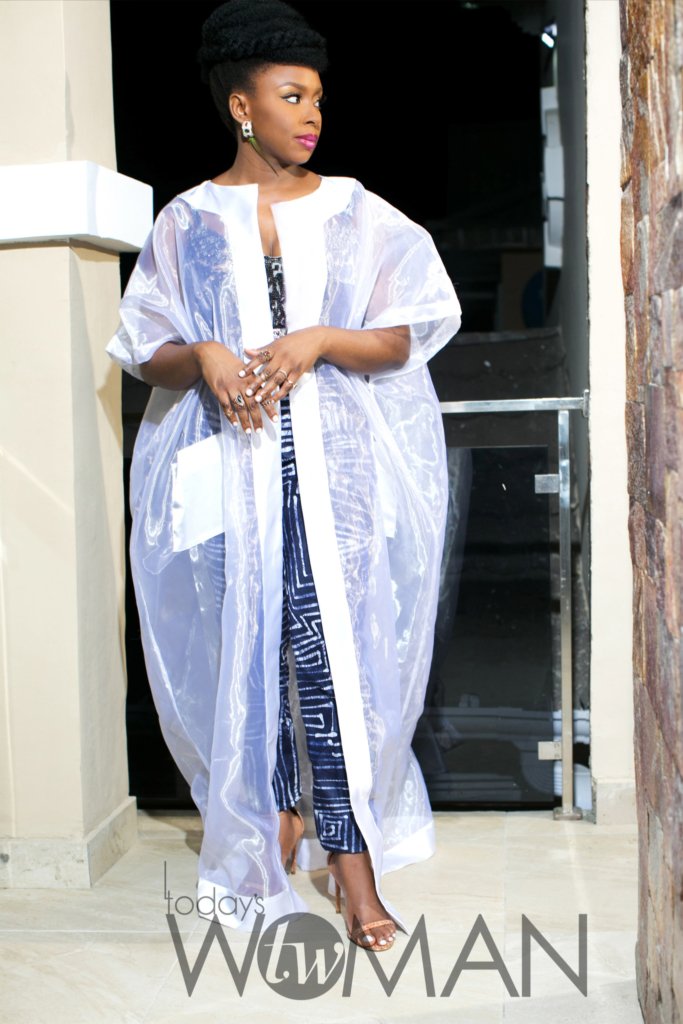 This isn’t the first time this year Chimamanda is on the cover of an international magazine. The writer and feminist has graced the covers of TW (Today’s Woman) Magazine, L’officail Italian, M Magazine and the first woman on Port Magazine cover just to mention a few.

Aside from her many covers, she has also been honoured by several Universities and took home the 2018 Penn Pinter Award for her consistent production of award-winning literature. 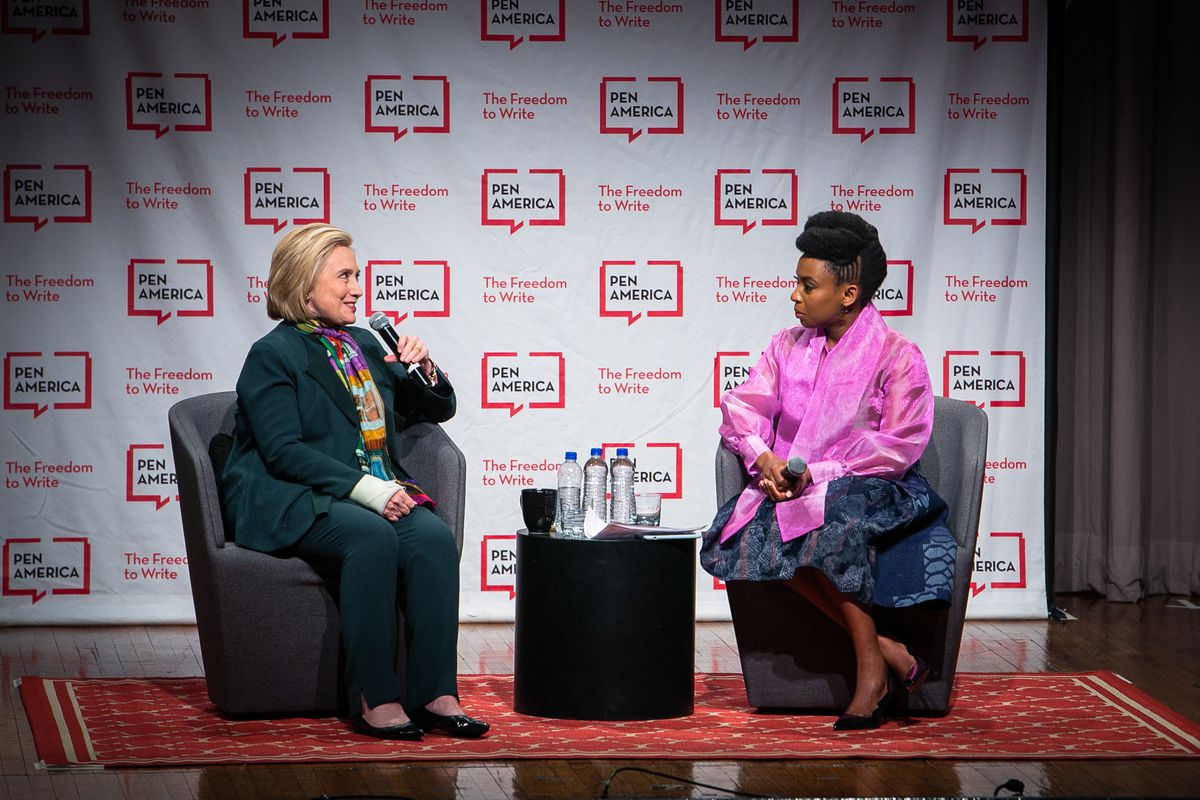 Adichie and Clinton in conversation

But perhaps her most grand public appearance was in April 2018 at the PEN World Voices Festival in the USA when the Nigerian writer was in conversation with former US First Lady and presidential candidate Hillary Clinton. The conversation went on to prove Chimamanda’s influence on women and feminism when she honestly expressed her disapproval of Hillary Clinton’s Twitter bio which started with “wife”. Even though receiving a lot of backlash and raising controversial discussions across social media, the interview made Hillary Clinton change her bio description a few days later. 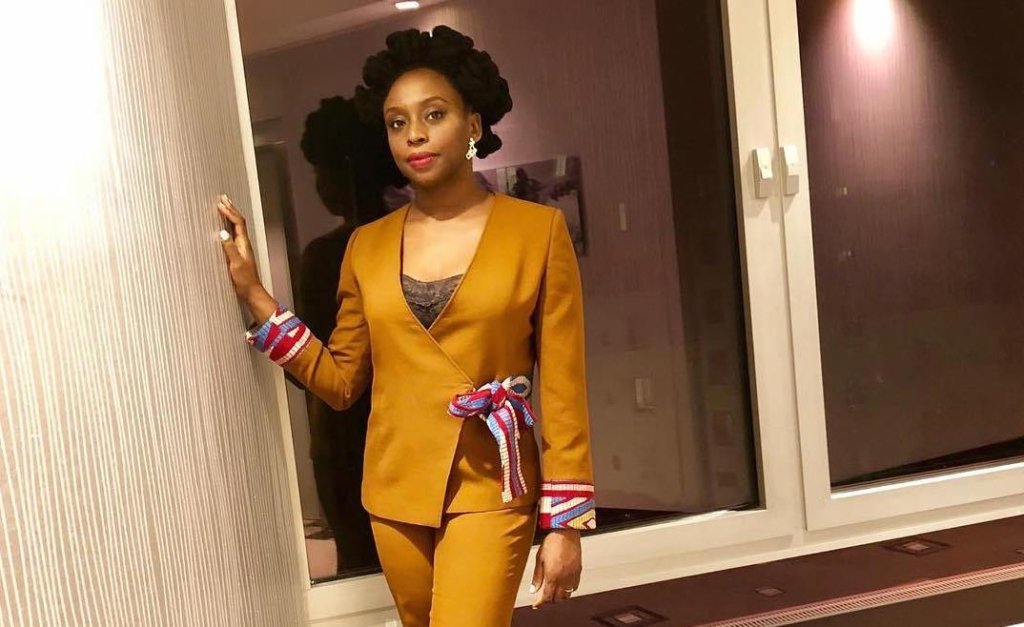 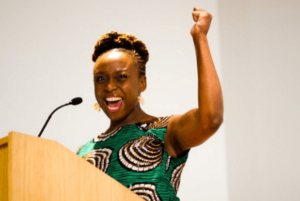 It is interesting to note that the writer has no publication out this year, but with all her media rounds, honours and features, she remains the most talked about writer from Africa despite other writers sharing in the limelight. On the issue of Feminism, she has proven herself a fine and staunch feminist granting interviews, speaking profoundly on the matter while not being shy to correct misunderstood details on social media.

Her words spark a lot of conversation around the world, and the feminist always makes sure to have a touch of Africa on her in every appearance she makes.

Aside Chimamanda Adichie, there are no other African feminists that come to mind as quickly and easily as she does. Sure there are feminists in all parts of Africa that are adding their voices to the fight for equality for women,  but we must admit that before and after Chimamanda, no one comes close with such global attention in these times.

The writer has been able to create such a strong voice on the controversial topic with the ability to have conversations around the issue without the mention of her books. It’s probably safe to say that Chimamanda has been able to separate her stand as a writer and feminist so well.

Is that the angle that Elle India was going for when giving her the title? We have to wait until the magazine issue is released for the general public.