Tomorrow, Kenyans will have an opportunity to elect the people who will lead them for the next five years. Although this is a general election, the presidential race seems to be generating a lot of heat across the country, with political experts calling it as a “high-stake” election.

There are many reasons why this particular election, which will be held on August 8, has caused a lot of anxiety not just in Kenya, but across the borders. Firstly, it is the second general election since the 2007-2008 post-election violence, which left more than 1000 people dead and hundreds of others displaced.

It is also the second election under the current constitutional dispensation which has created devolved units that have attracted a lot of candidates. But above all, it is a political rematch between the incumbent President Uhuru Kenyatta and his main political rival and Kenya’s longtime opposition leader Raila Odinga.

In 2013, the two Kenyan political heavyweights, both of whom are sons of Kenya’s founding fathers, faced off in a hotly contested poll that saw Kenyatta emerge victorious with more than 800,000 votes ahead of Mr. Odinga. However, Odinga was discontented with the results, citing numerous election irregularities, but his petition was dismissed by the Supreme Court due to lack of sufficient evidence.

This was the second time that Mr. Odinga claimed to have been rigged out. In 2007, he rejected the presidential results, saying he was the genuine winner. He then called for mass action against the then-President Mwai Kibaki, who Odinga claimed had rigged the election. The political standoff led to the killing of hundreds of Kenyans, most of who were assumed to support President Kibaki. 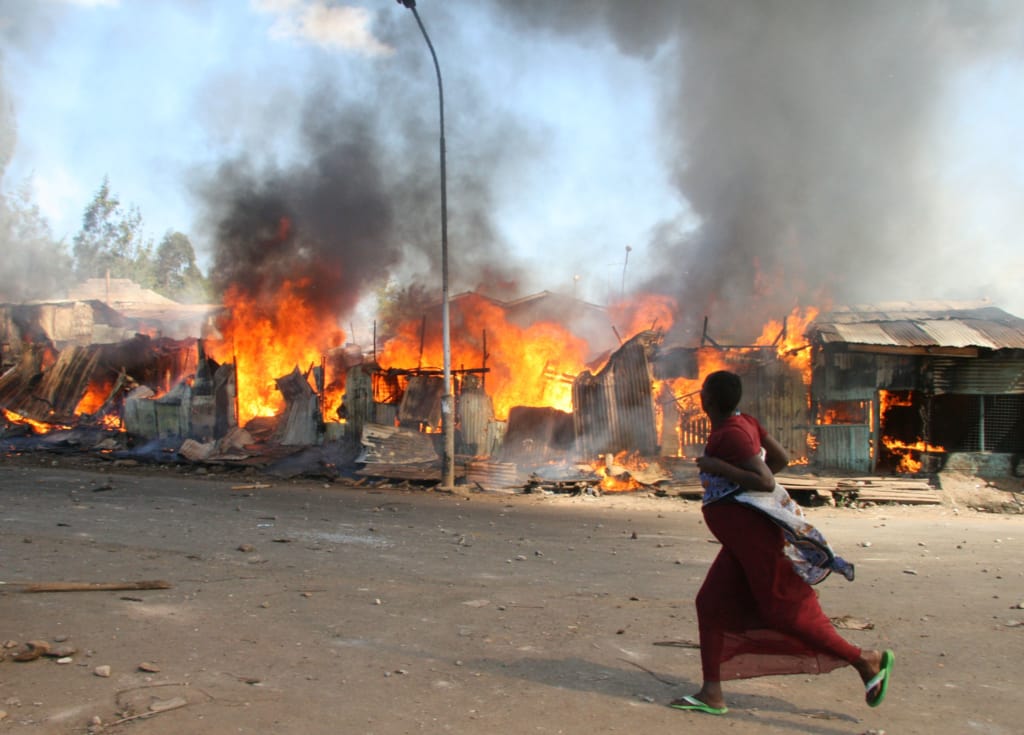 In the 2013 election, Mr. Odinga, who again claimed to have been rigged out, chose to challenge the results in court as per the constitution, allowing political tensions to die down. But in most of his campaign rallies throughout this electioneering period, Mr. Odinga has been adamant that he will not go to court this time around if the results do not favor him.

These utterances have led to speculations that the Kenyan opposition leader could be preparing his supporters for war in case he loses the election. Odinga has however denied these rumors, insisting that he will win. The recent killing of Independent Electoral and Boundaries Commission’s ICT manager Chris Msando has also fed into the anxiety, with some people already associating his murder with a ploy to manipulate the digital electoral management system.

On the other hand, President Uhuru, who has continually been accused by the opposition of planning to use the Kenyan military and police to rig the election, maintains that Kenya will be peaceful before and after the poll. The president has also assured Kenyans on several occasions that he is ready to peacefully hand over power if the election doesn’t go his way.

Nevertheless, the political rivalry between the two leaders goes beyond the two presidential elections. It’s a historical friction that dates back to when their fathers were in power. It is often alleged that Uhuru’s father and Kenya’s first President Jomo Kenyatta shortchanged Odinga’s father Jaramogi Oginga Odinga, who was Kenya’s Vice-President.

Odinga accused Kenyatta and his administration of going against the principles and objectives of what the then-ruling party Kenya African Democratic Union (KADU). The party had hoped to form a government that would focus on the welfare of citizens, offering quality education, healthcare, economic empowerment.

Odinga’s subsequent political marginalization led him to write a book titled “Not Yet Uhuru”, meaning Kenyans were yet to enjoy total freedom. His rivalry with President Kenyatta boiled over when his followers in Kisumu, western Kenya, attempted to stone Kenyatta’s motorcade during his visit to the region, prompting the police to open fire on the charged crowd. The ugly incident left 11 people dead and dozens injured.

Despite these political differences and claims of rigging, Kenyans hope to have a free, fair and peaceful election on August 8. The international community has also pleaded with the two main political factions to exercise restraint and ensure Kenya remains peaceful after the poll.