When reports that the sugar in Kenya was riddled with toxins, making it unfit for human consumption, a parliamentary committee was tasked to investigate why such products are in the market.

Once the report was finished and presented in parliament, it was shut down by members of the house, not once but twice. Reasons fronted for this included that the committee did not “conclusively interrogate critical issues raised”.

Many let it go, until a few weeks later, a list of MPs who had received bribes to shut down the report started doing rounds on social media. 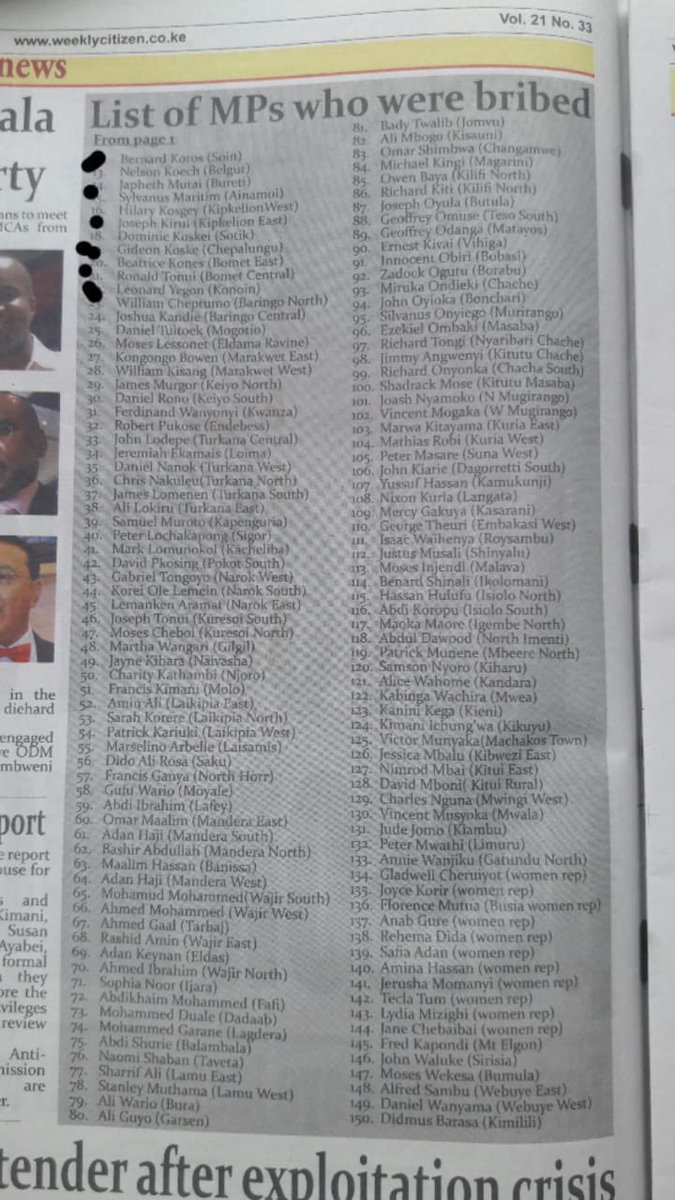 Further details indicate that the  MPs were given the money in the toilets of the parliament and that they were approached by the majority and minority leaders in parliament to make sure that they shut down the report.

According to reports, the speaker of parliament has invited the country’s anti-corruption agency to investigate into these allegations.

Kenyans are furious over these revelations, especially since the imported sugar cost the taxpayer Sh10 billion in lost taxes and exposed them to health hazards.

Here are how they reacted:

It’s a big shame for mps to get bribed and shoot down a very important https://t.co/RYP6QhtAvC other parliament has behaved in such a manner. We should recall this #HouseOfPigs and vote in sober leaders. Seems it’s will take ages to achieve the Big4 if these are the characters

MPs who were bribed need not to be in the house for violating article 6 of the constitution.
EACC should seek a court order to bar them from holding a public office.

#NewsNight @citizentvkenya It is obvious our MPs don’t have Kenyans at heart. But still shocked a whole MP can be bribed with 10k. Despicable

Lets forget about MPs sorting the sugar mess. The committee hugged & laughed with the sugar barons, the house bribed themselves with sugar money while Duale & Mbadi dances ndombolo instead of debating the report.

#NewsNight Kenya is owned and is for thieves Period! These mps bribed their way into Parliament, so ,10,000/= is huge sum bearing in mind that ,is preparing for 2022 elections.

The fact that MPs were bribed by as little as 10k clearly shows how low we can stoop for monetary value instead of our own lives. Until we learn to value lives over money ? we’re still remaining in this queasy mentality.

If indeed MPs were bribed to shoot down the sugar report, parliament should be disbanded for it is nothing but a house of thugs!!! A snap election to follow