Zondeni Sobukwe, freedom fighter and ex-wife of South African Pan African Congress founder Robert Sobukwe died early this morning, she was 91. She was admitted to Midland Hospital in Graaff-Reinet, Eastern Cape six weeks ago after battling a long illness. 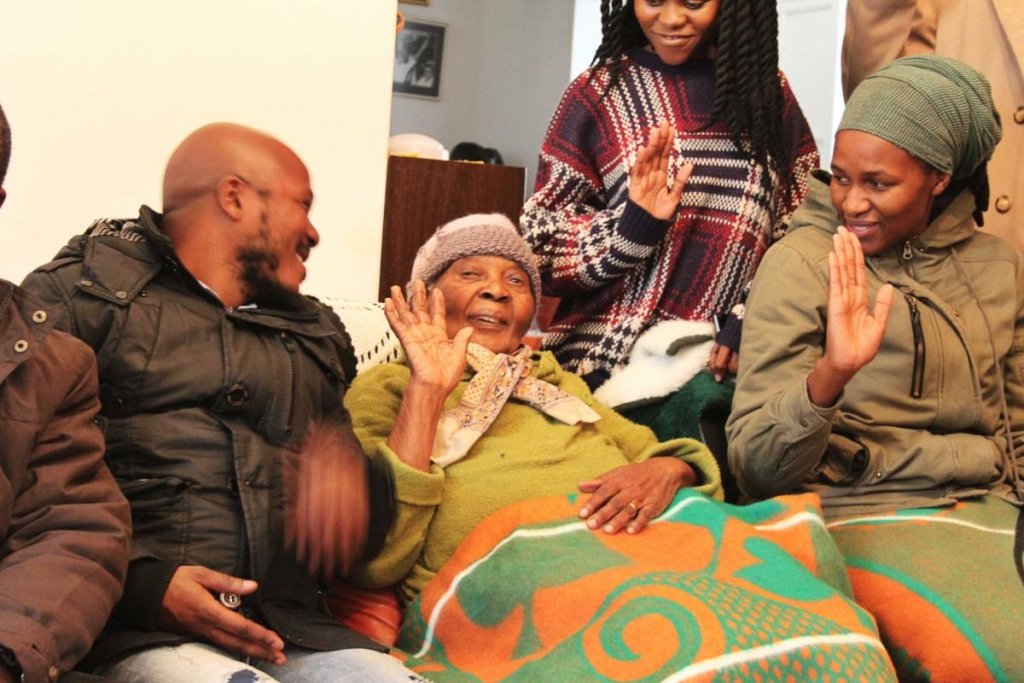 Sobukwe received the Order of Luthuli for her resilient advocacy on the behalf of incarcerated freedom fighters. She also worked as a health practitioner. Sobukwe spoke in a 1997 testimony to the Truth & Reconciliation Commission (TRC) about her former husband being fed with food that contained fragments of glass.

Mr. Sobukwe died in 1978 of complications from lung cancer. 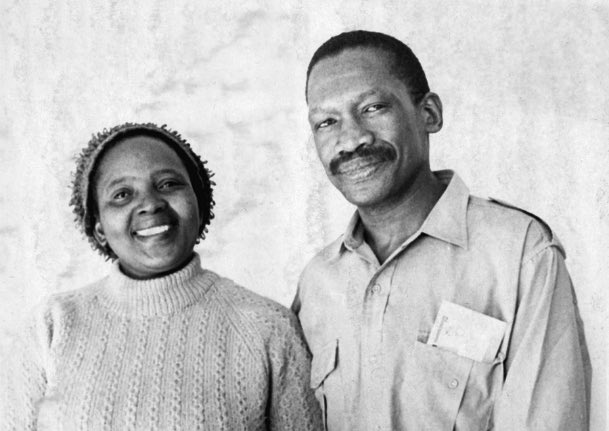 Having met at the University of Fort Hare, the Sobukwe’s were married from 1954 to 1978. They had for children, Miliswa, Dinilesizwe, Dalindyebo and Dedanizizwe.

PAC president Narius Moloto commented, “Mama Sobukwe epitomises the collective experiences of many other black women throughout the African continent and diaspora‚ whose roles and contributions to the liberation struggle remain unacknowledged‚ unrecognised in popular historical narratives‚ biographical memory and national consciousness‚”

He went on to say, “We will honour her for her contribution in the (anti-apartheid) struggle. She contributed to the struggle by supporting her husband‚ Robert‚ through thick and thin.”

Sobukwe’s work was felt wholeheartedly among some South Africans however, she worked in the background as evidenced by Thando Sipuye‚ an executive member of the Africentrik Study Group at Fort Hare when he wrote, “Mama Sobukwe epitomises the collective experiences of many other Black women throughout the African continent and diaspora, whose roles and contributions to the liberation struggle remain unacknowledged, unrecognized in  popular historical narratives, biographical memory and national consciousness.”

Sipuye added, “Unlike many other prominent struggle stalwarts, Mama Sobukwe receives no special attention; she gets no honour, no benefits, and no assistance at all from the ANC government.” “Not a single official gesture of honour and recognition has ever been granted to Mama Sobukwe; no street named after her, no government orders awarded to her, no honorary university degrees conferred upon her, and no institution, except for a local old age home in Graaf-Reinet, is named in her honour.”

She began her career of activism early on. While training as a nurse at Victoria Hospital, Sobukwe led a rebellion against hospital administrators citing unfair labor practices.  She was subsequently expelled from Lovedale College.

Here are responses regarding the unfortunate passing of the Pan-African stalwart:

#RIPMamaSobukwe #Izwelethu – please tell Baba Mangaliso Robert Sobukwe that we shall be expropriating land without compensation for equal redistribution in South Africa. pic.twitter.com/MopiaA9mpg

Thanks for the sacrifices you and your husband made Mama Zondeni Sobukwe. Aluta continua ✊?. Rest In Perfect Power and Peace! pic.twitter.com/2sa6Z9ubTB

“When I first saw him, I think my heart skipped a beat. It was love at first sight.”#RIPMamaSobukwe pic.twitter.com/iqBuFLkVZZ

The Steve Biko Foundation is deeply saddened to hear of the passing of 91yrs old struggle stalwart, Mama Zondeni Veronica Sobukwe. We extend deepest condolences to her family, friends and colleagues in the Pan-Africanist Congress (PAC) of Azania. May her soul Rise In Peace (RIP). pic.twitter.com/uIP4DhYEbY

Mama Zondeni Sobukwe struggled to have a basic necessity like an ID, but, ANC government will make noise about her & even grant a special provincial conference. #RIPMamaSobukwe

Our heartfelt condolences to the Sobukwe family after a loss of the “Mother of the nation” mama Zondeni Veronica Sobukwe. Rest in peace mama pic.twitter.com/K4FNydiLEP