On May 22 to May 25 2010, a centenary colloquium was held in Ghana to wrap up months of activities commemorating the 100th birthday anniversary of the late Dr. Kwame Nkrumah, first president of Ghana and foremost champion of African liberation and unity. Jointly organized by the government of Ghana and the African Union (AU), the three day colloquium, which was held in Accra, Ghana, was a meeting point of Africa’s past, present, and future. The theme of the colloquium was apt: “Contemporary Relevance of Kwame Nkrumah’s Contribution to Pan-Africanism and Internationalism.” Many ideas and philosophies of Dr. Nkrumah were critically examined for their practical importance to Africa today. Extolling Nkrumah’s philosophies at the colloquium were prominent intellectuals, veteran freedom fighters, activists and leaders, prominent amongst whom was 93 year old Kenneth Kaunda, the leader of the Zambian independence movement and first president of Zambia.

Kenneth Kaunda on the Nkrumah Method of Liberation

Kenneth Kaunda, author of the popular book "Zambia Shall be Free," who was also a personal friend of Nkrumah reflected on what he called the “Nkrumah method of liberation.” He pointed out the relevance of this approach in the fight against Africa’s present numerous problems. When Ghana gained its independence in 1957, Nkrumah asserted that Ghana’s independence was meaningless unless the entire African continent was free from colonialism. Kaunda narrated how Nkrumah led the Pan-African agenda to give assistance to freedom fighters across the continent. This approach was instrumental to the decolonization of Zambia and the entire Africa.

President Kaunda made a passionate plea for African leaders and peoples to confront Africa’s contemporary challenges, including the scourge of HIV/AIDS, with Nkrumah’s collective approach. He emphasized the centrality of women’s emancipation to the goal of Africa’s development, and charged present and future leaders of Africa to learn from the strengths and weaknesses of past generation for the realization of the ideals that Nkrumah and Africa’s freedom fighters stood for.

Nkrumah and the New Scramble for Africa

The contemporary relevance of Nkrumah’s was reechoed by Dr. Yao Graham of the Third World Network, an NGO. In his paper, “Nkrumah’s Development Vision and the New Scramble for Africa,” Dr. Graham pointed out that the present competitive thrust of world powers and emerging economies, including China, into Africa reflects a new scramble for the continent and its resources. Nkrumah had asserted that only a united Africa would be able to resist foreign manipulations. He advocated a collective economic and foreign policy that would leverage Africa’s position in world affairs and global political economy. Nkrumah warned against the formation of economic blocs by African states with their former colonial masters.

Dr. Graham particularly pointed out the economic sabotage and anti-integration effects of African states’ economic partnership agreements (EPAs) with Europe. The terms of agreement of these EPAs are unfavorable to African states’ economies. They negate the goal of regional integration on the continent. In fact, many of these EPAs support open integration, which is championed by foreign actors to integrate Africa into globalization in a manner that undermines trade and economic integration among African states. Translating into action Nkrumah’s idea of continental unity and integration is indispensable in Africa’s struggle against the new scramble for the continent. 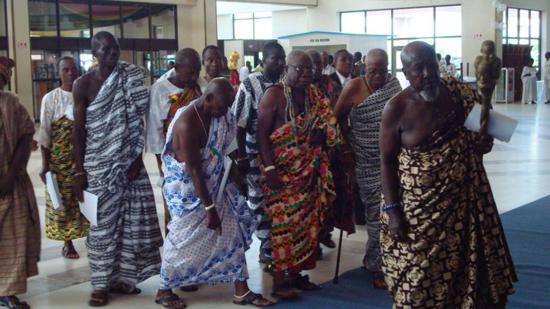 The Scientific Dimension of Pan-Africanism in the 21st Century

For Africa to transform, and for the continent to maintain the dignity of the African personhood in the 21st century, we must consider the promotion of scientific endeavors as an integral part of Pan-Africanism. In his paper, “Towards an Africa without Borders in the 21st Century: The Inspiration of Kwame Nkrumah,” Professor Horace Campbell illuminated the challenges to Africa’s liberation in the 21st century that emphasize the importance of this scientific dimension of Pan-Africanism. Phenomena such as global warming, the development of alternative sources of energy, and the use of scientific knowledge to preserve planet earth and advance the goal of shared humanity require the reconceptualization of old forms of knowledge and the promotion of aspects of African knowledge system that were downgraded for centuries. Africa must not remain on the periphery of science.

In the present era of genetic engineering and attempts by some scientists to produce super-humans and designers babies, there should be well trained scientist from Africa to raise questions about the future of the black race and humanity in general. Nkrumah was engaged with the development of human resources for solutions to societal problems. Africa must continue to contribute scientific knowledge and ensure the development of African knowledge system for Africa’s transformation.

African Youths, Nkrumaism, and the Future of the Continent

The centenary colloquium commenced on May 22 with a youth summit. The summit produced a communiqué which was presented to the Deputy Chairperson of the AU Commission, Erastus Mwencha, by the Secretary of the All Africa Students Union, Abdul Karim Hakib. In the communiqué, the youths called upon African governments to implement the numerous charters and protocols that promote continental integration, especially the African Youth Charter.

After presenting the communiqué, Abdul Karim made a passionate plea on behalf of African youths for the availability Nkrumah’s books. This plea was significant given the contemporary relevance of Nkrumah’s ideas to continental integration. Indeed, if all African youths could embrace Nkrumah’s humanist and Pan-African ideas, the future of the continent would be much brighter. 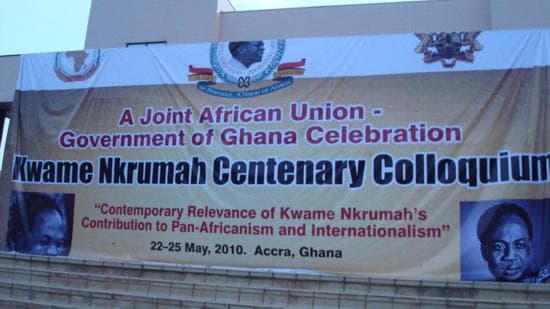 “There is hope; continue and finish.” This was the admonition of Ambassador Thompson Doddly, a contemporary and friend of Osagyefo Dr. Kwame Nkrumah, to the younger generation of Africans. This admonition ran through my mind as I sat with other Africans to celebrate the African Liberation Day and wreath laying ceremony in honor of the deceased African freedom fighters at the Kwame Nkrumah Memorial Park on Tuesday May 25. The journey of Africa's liberation has been tough. Despite the numerous challenges, some progress has been made. But there is much to be done.

President Kaunda laid a wreath on behalf of Africa’s past freedom fighters while Ghana’s Vice President Dramani Mahama and AU’s Erastus Mwencha laid theirs on behalf of the people of Ghana and Africa. Abdul Karim laid one on behalf of African youths. This was a significant moment, symbolizing the confluence of the past, present, and future of Africa. The philosophies of Osagyefo Dr Kwame Nkrumah remain relevant to the present and future transformation of Africa. The hope for the translation of these philosophies into practical reality lies with the younger generation of Africans. The baton is being passed.