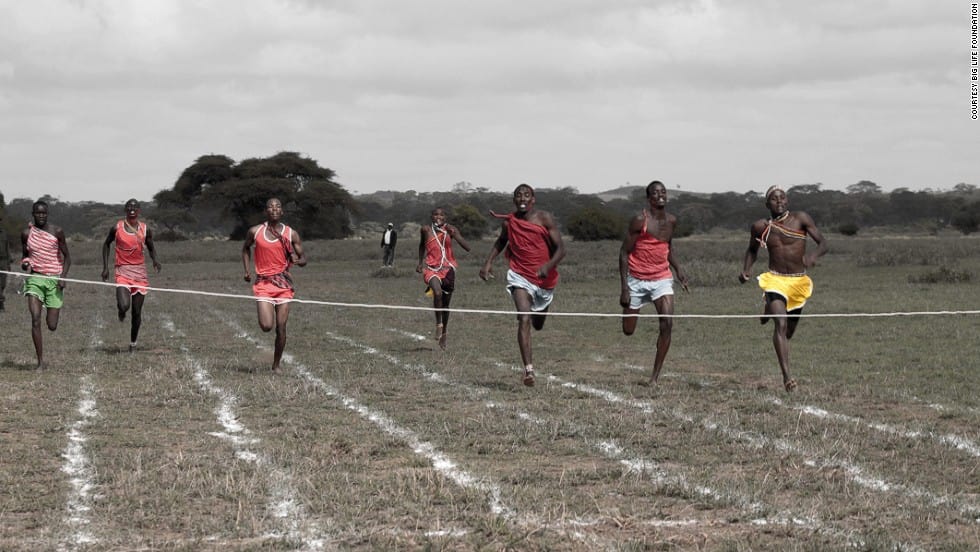 The Maasai people of Kenya are known for their distinctive style of dress, culture, and athletic prowess. The long-standing traditions of the Maasai have existed through modern times, which include the rites of passage into manhood and is now known as the Maasai Olympics.

The Maasai Olympics was first launched in 2012 by the Menye Layiok or “Cultural Fathers” who serve as the leaders and torchbearers for the warrior culture of the ethnic group. In 2008, the Cultural Fathers joined forces with the Maasailand Preservation Trust, which is now part of the Big Life Foundation.

The conservation group was focused on eliminating the killing of lions, which is a huge part of the Maasai’s manhood rites of passage. 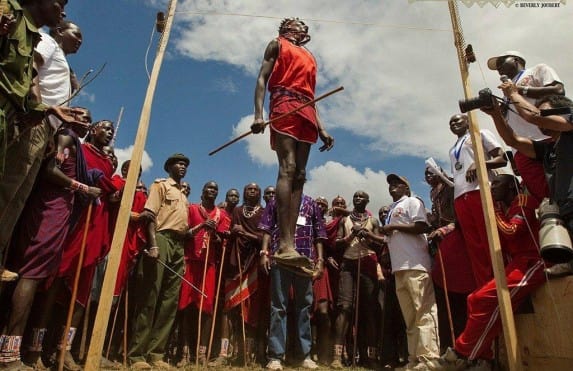 Traditionally, the warrior men would go in to the wild to hunt and kill lions, which was a display of bravery and a way for them to impress women. The lion hunters were also looked upon as leaders of the next group of rising warriors.

However, with Big Life, the Cultural Fathers were able to launch the Maasai Olympics in 2012 with rousing success: Instead of the hunting lions, sports became the way a warrior’s skill could be measured and earned.

The Maasai Olympics has an emphasis on wildlife conservation, but there exists a strong traditional component at the center. Education about saving lions is also taught to the youth, and young girls and women are encouraged to learn about conservation and are included in two game events.

Maasai Olympics Over the Years

Game events include throwing of the rungu club weapon for accuracy, a 200m sprint, spear 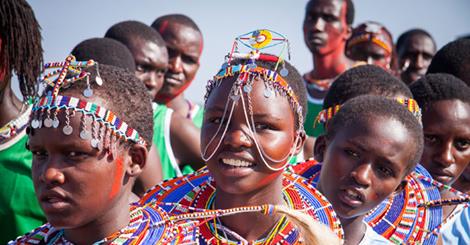 The games took place at the Sidai Oleng Wildlife Sanctuary at the base of Mt. Kilimanjaro. In the games, Maasai from the Amboseli and Tsavo regions were featured in the quest for gold medals. There is also a cash purse for winners.

Although some Maasai warriors cling to the ways of old, the fierce pride and love of tradition among their people has morphed into the Maasai Olympics.