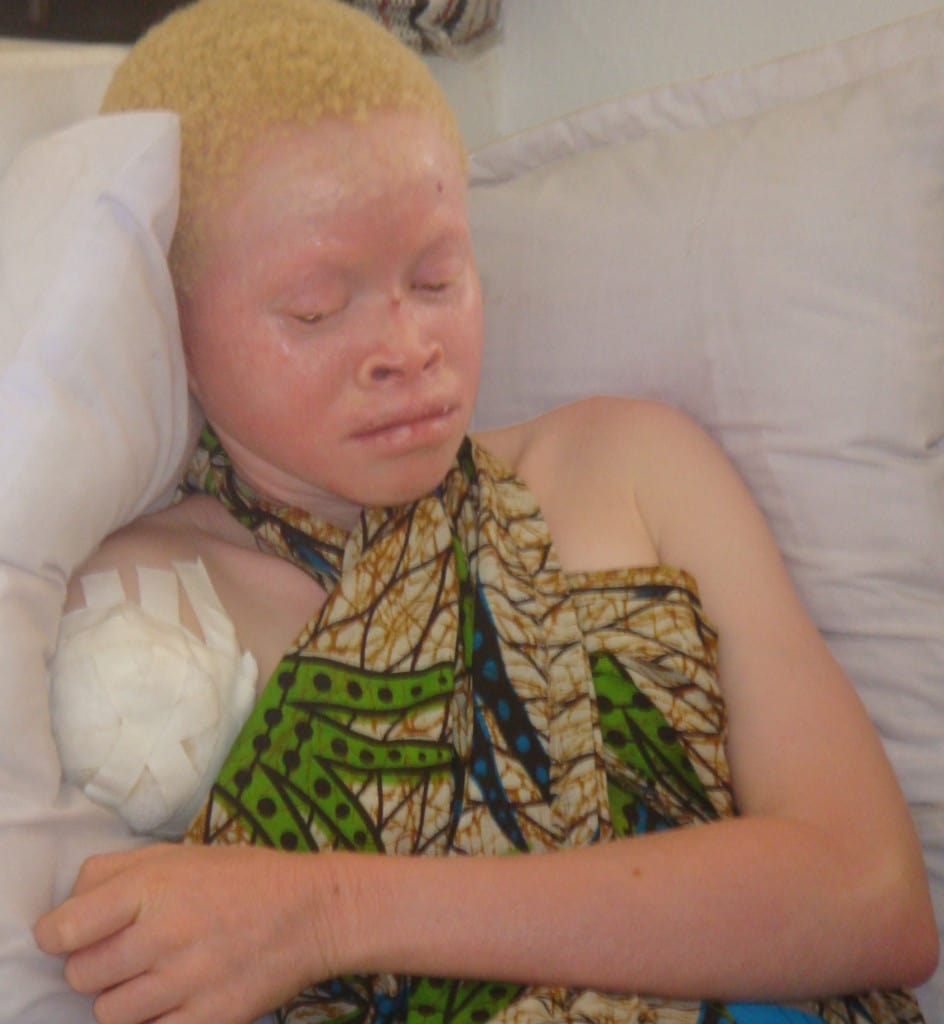 Kabula, age 13, survived a brutal machete attack in April 2010. Her entire right arm was hacked off.

With 70 albinos being killed in Tanzania in the past three years — and only 10 murderers being brought to justice — officials have decided to put a ban on all witchdoctors in the East African country as a way to stop the targeting of albinos, reports the BBC.

There are reportedly 33,000 albinos in Tanzania, and in recent years, the often stigmatized group have been reportedly targeted by witchdoctors who think their body parts provide wealth and good luck.

The body parts of albino people are said to fetch up to £50,000 in parts of deeply superstitious Tanzania where they are used to make potions and sold as lucky charms.

Most recently, a 4-year-old Pendo Emmanuelle Nundi was kidnapped two weeks ago by “attackers armed with machetes.” In response, authorities immediately arrested the girl’s father and four other suspects.

At press time, the girl is yet to be found, and authorities suspect she has already been murdered.

Consequently, Home Affairs Minister Mathias Chikawe said the country would pull together to “arrest them and take [witchdoctors] to court” if they continued their activities.

According to Chikawe, the ban will be implemented in two weeks in the northern areas Mwanza, Geita, Simiyu, Tabora, and Shinyanga. The institution of the ban will be a combined effort of the police and the Tanzanian Albinism Society (TAS).

The ban has emerged from the work of a special joint task force between police and the TAS.

The task force’s work will now entail reviewing previous cases of albino attacks for new evidence and conducting further research on the motive of attackers.

Correspondents say some previous cases against alleged attackers have collapsed over the loss, mishandling or mislabelling of evidence.

Mr Chikawe acknowledged that further training of police was required

On the ban, TAS Chairman Ernest Njamakimaya said, “If we and the government come together and show strength as one and speak as one, we can deal with the problem head-on.”

Watch this video on the hunt for Tanzania’s albinos here:

SEE ALSO: Nigerians Need To Look In the Mirror, If We Wish To Solve Boko Haram Problem