Even before Kenya completes building a border wall to control the activities of extremist groups, East African nation, Tanzania has already built a huge wall in the north of the country not for terrorism purposes but to control illegal mining.

The Great Mirerani Wall, inaugurated last Friday by President John Magufuli was built to put a stop to the theft of tanzanite, a rare gemstone, the BBC reports.

A parliamentary inquiry team said last September that it had uncovered massive smuggling of the blue-violet gemstone found only in the country.

The government had also accused mining firms of cheating Tanzania out of its fair share of mineral wealth through tax evasion as well, an allegation the firms have vehemently denied. 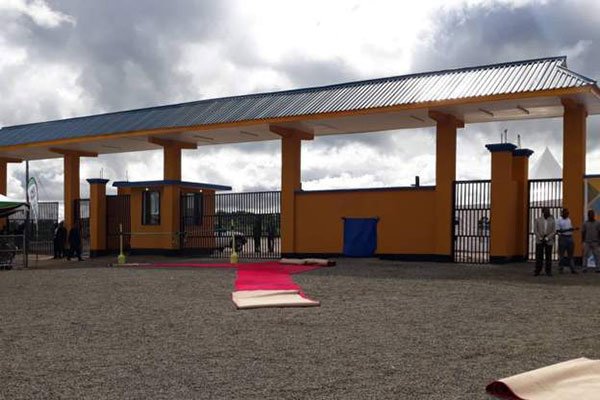 The president subsequently ordered the military to build the 24kn-long wall to control the illegal practices.

The wall, which will have security cameras and checkpoints, is the first of its kind in the country.

President Magufuli was earlier quoted by Reuters saying: “Even if someone swallows some tanzanite gemstones, they will be detected at the proposed checkpoint.”

Meanwhile, Magufuli has pledged to issue 100 million Tanzanian shillings (about 44,000 U.S. dollars) as a reward to Jumanne Ngoma, who discovered tanzanite gemstone in 1967 near Arusha and Mount Kilimanjaro.

He said the money would help him in several ways, including meeting treatment expenses of Ngoma who is now half paralyzed.