In 1920, the late Marcus Mosiah Garvey, Jr. presented his famous “Back to Africa” program in New York City. The program encouraged the black community living abroad as slaves to return to their homelands in Africa.

It was part of a social movement dubbed the “Universal Negro Improvement Association” (UNIA), which was founded by Garvey in his native Jamaica in 1914. Through this movement, the celebrated Jamaican political leader intensified black enslavement and racial discrimination sentiments.

Upon his immigration to the United States in 1917, Garvey embarked on a mission to spread his “Back to Africa” mantra, despite frequent backlash from the black middle and professional classes.

“I have no desire to take all black people back to Africa; there are blacks who are no good here and will likewise be no good there,” Marcus Garvey told his critics.

But in a very short time, the UNIA attracted a lot of followers throughout Africa, Caribbean, Britain and South America, who empathized with the strong sentiments of black enslavement. 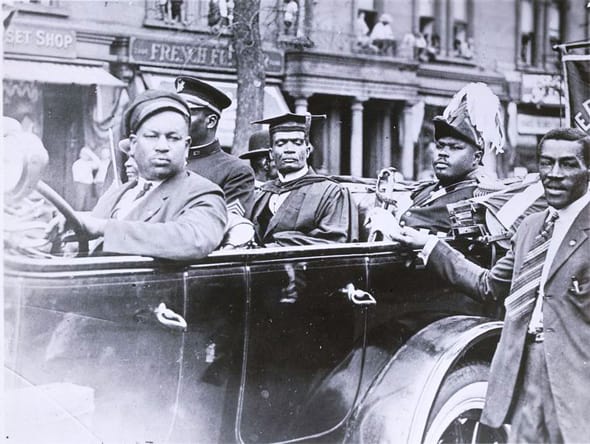 According to Garvey, the push by African-Americans for social equality was an exercise in futility since they were destined to remain a permanent minority who could not integrate because the majority whites would not allow them to.

He therefore argued that it was impossible for African-Americans to improve their conditions and enjoy autonomy in the United States, insisting that the only place where black people could enjoy full self-emancipation was in Africa.

On August 2, 1920, UNIA held its first international convention at Madison Square Garden in New York, where more than 20,000 attendees promulgated The Declaration of Rights of the Negro Peoples of the World and elected the association’s leaders who were referred to as “leaders for the Negro people of the world”.

The movement also launched a program based on the declaration of the rights of the black race, which sought to uplift the black people and encouraged them to embrace self-reliance and nationhood.

The month-long convention issued many declarations, including the proclamation of the red, black and green flag as the official banner of the African race. It also developed plans to take African-Americans back to Africa, where they were supposed to settle in Liberia.

In 1923, a team of officials from the organization traveled to Liberia to survey the potential settlement areas and assess general conditions of the country based on the fact that the returnees were interested in living in Africa.

However, the planned repatriation did not materialize after the government of Liberia refused grant entry to any returnees, despite having initially assured the movement of its full cooperation.

In 1923, Garvey was convicted on charges of mail fraud with regard to the sale of stock in the Universal Negro Improvement Association’s Black Star Line. He was later deported back to Jamaica.

More than 77 years after his death, his legacy continues to inspire the black race across the world, with his philosophy and ideas about Africa playing a major role in shaping the modern world.

Marcus is truly the father of African nationalism, even though he never set foot on the continent.