Having topped up my credits about 5 times in the past 48 hours, not including credits borrowed from the service provider, I can really appreciate this young man. Simon Petrus is a Grade 12 student at Abraham Iyambo Senior Secondary School in Namibia, and he is on his way to becoming the internet’s newest trending topic. His claim to fame is his latest invention: a cell phone that doesn’t require a SIM card or airtime.

The unit is humongous, but so was the first generation of computers, and look at how the technology has advanced since then. Petrus’ invention is already multifunction – it features ports for charging traditional mobile phones, a fan, a light bulb, and a screen that displays one television station. “The handset functions off power supplied through a radiator and is able to make calls to anywhere through the use of radio frequencies,” CCTV Africa reports. 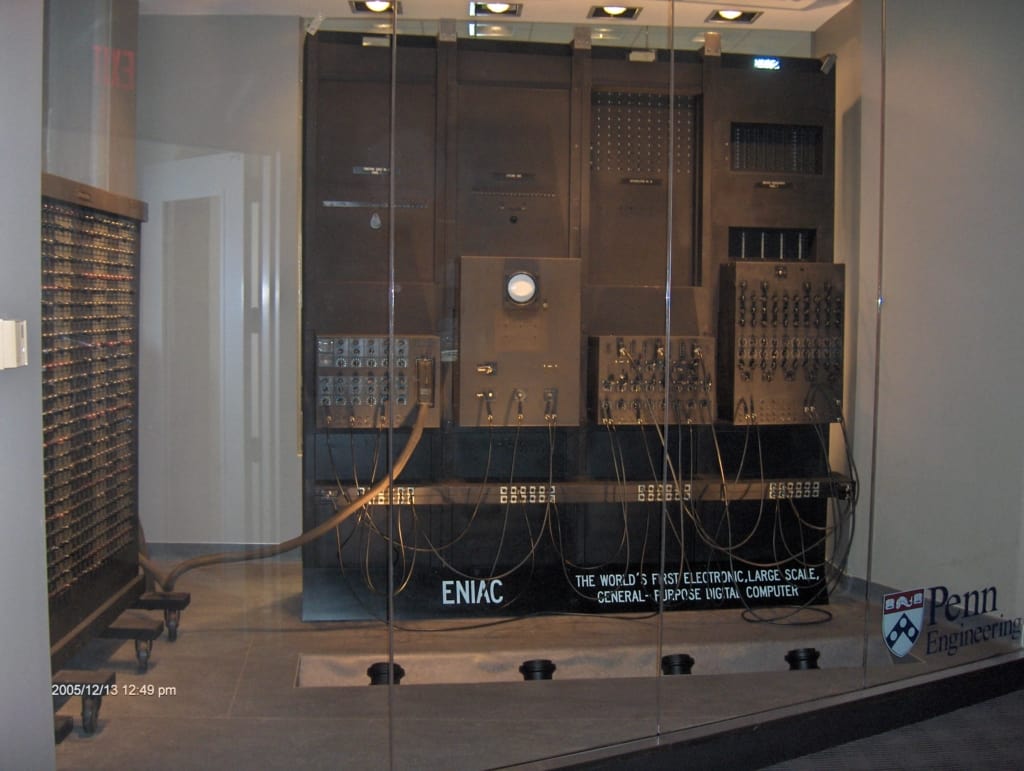 ENIAC, a first-generation computer, took up an entire room. Compare that with today’s watch-sized processors. Wikimedia

Petrus’ success is especially noteworthy because he comes from very humble means, but he managed to overcome those obstacles to utilizing his God-given talents. He built the unit from spare TV and telephone parts, not expensive, imported components. Both of his parents are unemployed, but they managed to invest N2000 over two years to help their son turn his imagination into reality. How many parents do the opposite, diminishing their children’s dreams even though they have far more resources than this couple?

“Petrus’ invention has already earned him first place in the regional leg of the NamPower schools competition, and he will now go on to compete in the national finals round.

“This is the second time he’s reached this stage of the competition, after clinching a gold medal last year for a two-in-one seed drier and cooler machine he invented.”

As news of young Petrus’ invention has spread across the web, many have responded with enthusiasm, wondering when the invention will make its way to their own countries. One commenter on Nairaland dampened the enthusiasm a bit, however, stating:

“what he created is a walkie-talkie, and it’s mostly used in the military/paramilitary. He can’t commercialize it, infact he can only use it within his domain.
there are stringent laws binding radio frequency allocation/usage, due to interference issues. He will need a license to operate it in a public domain.”

Even if that turns out to be the case, Petrus’ inventive mind is still worth celebrating and publicizing, if only to encourage other African youth to look around their environments for tools to solve important problems and help their societies to advance from within. It will also encourage Simon Petrus to stay the course, who plans to study engineering after he completes secondary school.