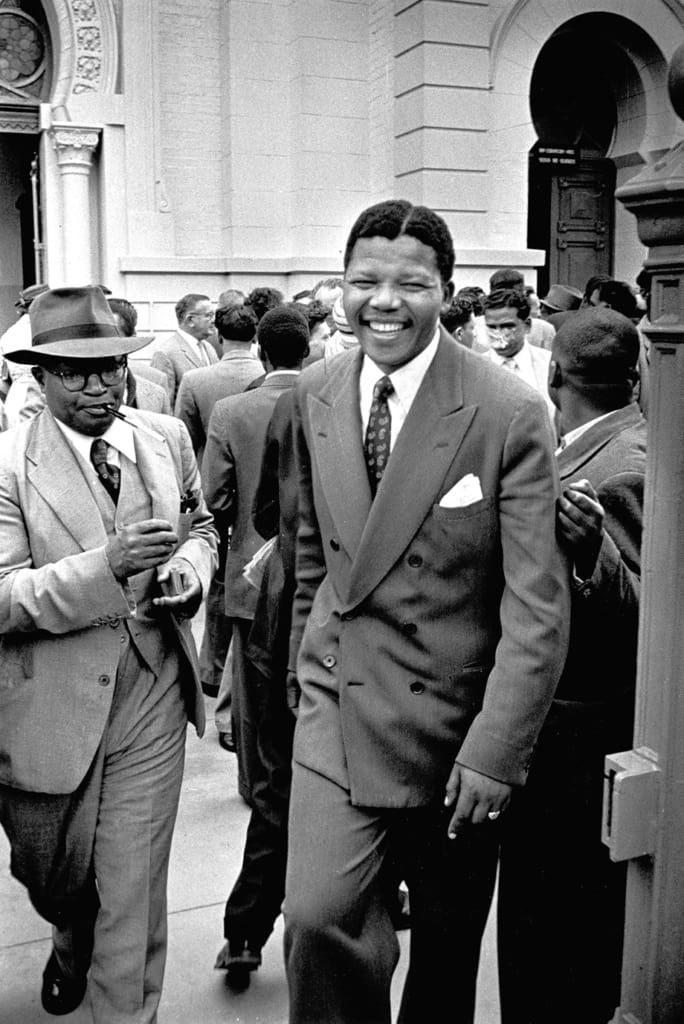 On October 13, 1958, at the Treason Trial, Moses Kotane and Nelson Mandela leave the Pretoria Court, a converted synagogue, beaming with joy as the Crown had withdrawn the indictment. On January 19, 1959, Nelson Mandela and 29 others were put on trial again, then found not guilty two years later.

1. “I learned that courage was not the absence of fear, but the triumph over it. The brave man is not he who does not feel afraid, but he who conquers that fear.” — “Long Walk to Freedom: An Autobiography of Nelson Mandela,” 1995