A study by researchers Charlotte J. Houldcroft and Simon J. Underdown of Cambridge and Oxford Brookes Universities, respectively, published in the American Journal of Physical Anthropology recently suggested that “Neanderthals may have died of diseases carried by humans from Africa” and as a result “Neanderthals died out.”

This seems to be an interesting discovery. Newspapers and online platforms such as sciencedaily.com, Washington Post, The Guardian, International Business Times, etc. have all reported this newest research, which even the researchers are not 100 percent sure about. The most questionable part is that “humans from Africa” were responsible for “Neanderthals’ extinction in Europe” as a result of the former carrying and then infecting the latter with “tropical diseases.” Someone even said in one of the newspaper’s comments section that everything from Africa is bad – no wonder “the place is known as the Dark Continent.”

Is this report worth believing at all? Is there any substantial evidence to suggest that Neanderthal and humans from Africans mated? What is responsible for the extinction of Neanderthals? First, who are Neanderthals?

Neanderthals, according to britannica.com, are the most recent archaic humans that emerged between 300,000 and 100,000 years ago.  They inhabited Eurasia from the Atlantic regions of Europe eastward to Central Asia and from as far north as present-day Belgium southward to the Mediterranean and southwest Asia. Similar human populations lived at the same time in eastern Asia and Africa. Neanderthals are also referred to as cavemen because they lived mostly in a land of abundant limestone caves, which preserve bones well. 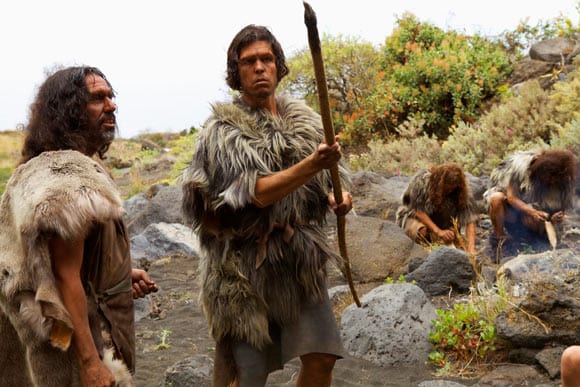 Charlotte Houldcroft, in the research, argues that “Humans migrating out of Africa would have been a significant reservoir of tropical diseases. For the Neanderthal population of Eurasia, adapted to that geographical infectious disease environment, exposure to new pathogens carried out of Africa may have been catastrophic.” The diseases, they opined, must have spread through sexual contact between the two species. The researchers further alleged that the bacterium Helicobacter pylori, which causes stomach ulcers, are likely to have been passed by humans to Neanderthals.

This research is questionable in many aspects. First, it is arguably the first time that western researchers are coming out to claim that Neanderthals’ extinction is caused by diseases from Africa in spite of years of research on the same. Second, this study did not sufficiently provide the exact date of the movement of humans from Africa to Europe in relation to the time of extinction of Neanderthals. Third, the researchers’ evidence suggesting that humans from Africa and Neanderthals mated contravenes earlier reports by researchers published in newscientist.com, for instance, that claim “sub-Saharan Africans have no Neanderthal DNA, compared to Asian populations and the Europeans.”  Fourth, just as Houldcroft and Underdown agreed, “there is yet no hard evidence of infectious diseases transmission between humans and Neanderthals.” But considering the overlap in time and geography, and not least the evidence of interbreeding, they say it must have occurred. 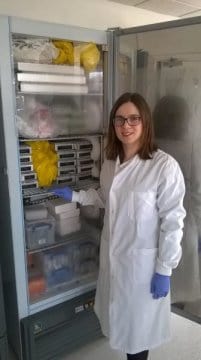 In the same vein, scientists have proved that Neanderthals interbred longer with East Asian humans than any other race. Also, the view that Neanderthals were “Europeans” is out of place as studies have shown that they were also in Asia. Furthermore, fossils from sites in countries like Israel, Syria, Iraq, Uzbekistan, etc. reveal that interbreeding with any distinct tribes could have occurred at any time since humans have been constantly migrating throughout history.

This research in my view is quite a long puzzle and somewhat disappointing.  Information on research that is not conclusive should be thoroughly vetted before disseminating to the public. When it is released, the uncertainties should be clearly stated.  In fairness to Charlotte J. Houldcroft and Simon J. Underdown, the use of perhaps, probably, maybe, dotted most of their statements, but the revelations are already spreading and interesting “in the usual way they spread.” Who is fooling who?