With exactly two weeks to the repeat presidential election in Kenya, one of the two contestants, Raila Odinga, has announced his withdrawal from the challenge, citing frustrations by the country’s electoral body.

Odinga, who emerged second in the nullified August elections behind the incumbent President Uhuru Kenyatta, has been threatening to withdraw from the repeat presidential election if his demands for reforms at the Kenyan Independent Boundaries and Electoral Commission (IEBC) are not met.

Immediately after the Kenyan Supreme Court nullified Kenyatta’s win and ordered a fresh presidential election to be held within 60 days, Odinga – leader of the opposition party National Super Alliance (NASA) – issued a list of “irreducible minimums” to the IEBC, insisting that the demands must be met before the country heads back to the polls.

One of the twelve demands issued by Odinga is the resignation of the current CEO of IEBC Mr. Ezra Chiloba and other top officials of the commission, who Odinga insists were actively involved in the rigging of the last election.

But Chiloba has refused to step down, insisting that the Supreme Court did not find him or any other official culpable of the bungled election. At the momment, NASA supporters have been staging countrywide protests, especially in the opposition strongholds, calling for the resignation of Mr. Chiloba.

Odinga’s withdrawal from the race two weeks to the poll has thrown the country into a deeper political and constitutional quagmire considering that the law is not clear on what should happen when one of the presidential candidates pulls out of the competition.

His withdrawal is also expected to heighten the already volatile political climate in the country, with some opposition supporters now calling for secession of the Western part of Kenya, where Odinga enjoys significant support. 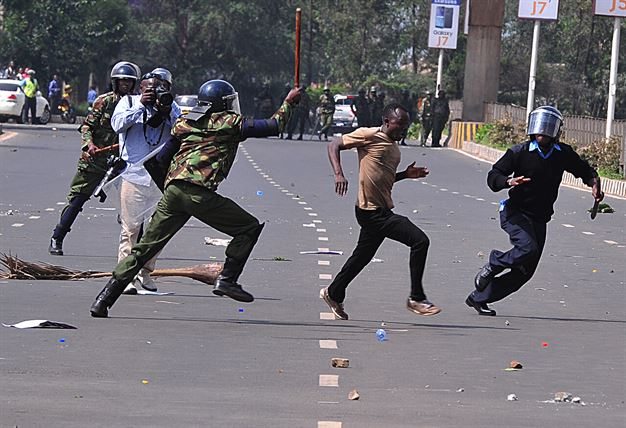 The government on the other side insists that the repeat election must go on as planned, failure to which President Kenyatta, who had won decisively in the nullified election, should be sworn in with immediate effect.

Kenyatta, who insists he won the August election fairly, has accused the Kenyan Chief Justice David Maraga of colluding with the opposition to deny him victory. His party, the Jubilee Party, has even termed the Supreme Court’s decision to nullify his victory as a “judicial coup”.

Many observers are now worried that the current political stalemate might lead to a repeat of the post-election violence witnessed in the country after a disputed presidential election in 2007. The violence, which lasted for two months, left more than a thousand people dead and hundreds of thousands others displaced. International diplomats in the country are now calling on the two political factions to come together and work out a plan to end the stalemate.