For more than a month now, thousands of Togolese citizens have been protesting across Togo in what political pundits have termed as a major political crisis in the making.

Although most of the protests have been peaceful, at least four people have already died in the riots and property of an unknown value destroyed.

According to the riot organizers, close to one million people have been participating in the anti-government protests since they started in August. Although the demonstrations were initially concentrated in the capital Lome, they have now spread to other parts of the country, especially in the opposition strongholds.

Unfortunately, more casualties continue to be reported as Togolese security forces intensify their clampdown on protesters. In September, a nine-year-old boy died during the protests in Mango town, northern Togo, while over 70 people sustained serious injuries in Bafilo town, about 400km north of Lome. 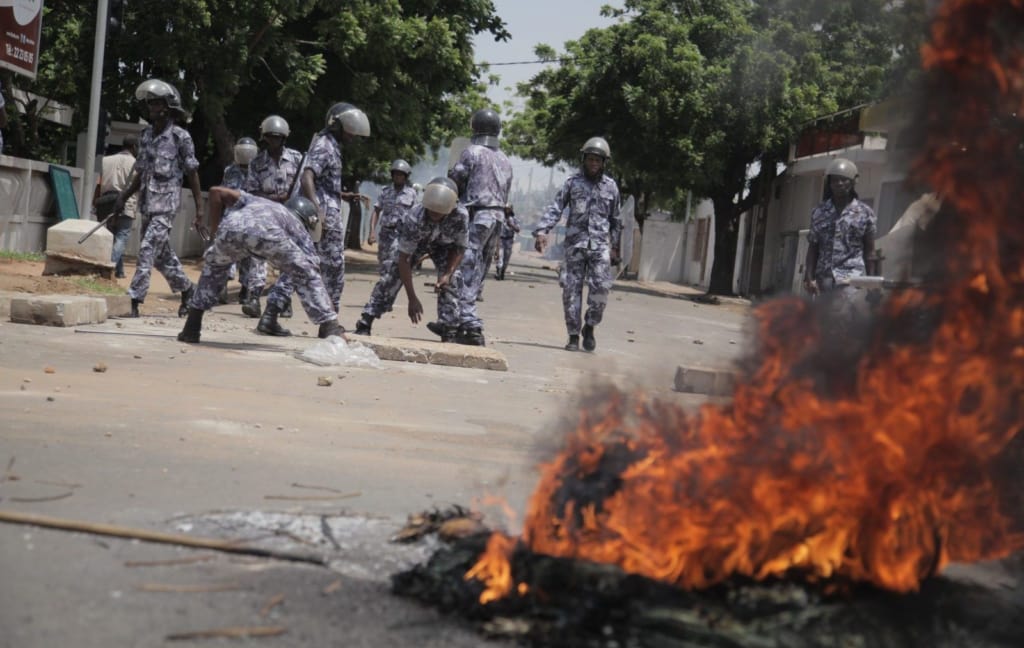 Attempts by the government to shut down the internet in a bid to stop protesters from using social media to galvanize support have been fruitless as the number of protesters continues to grow.

The irate protesters have been calling for the amendment of the constitution to include presidential term limits. They say they are tired of President Faure Gnassingbé’s rule, which has been marred by claims of impunity, corruption and human rights abuses.

Faure, who has ruled the West African country since 2005, took over from his late father President Gnassingbé Eyadema, who overthrew the first President of Togo, Sylvanus Olympio, in a coup in 1967.

Some politicians, led by the country’s main opposition leader Jean-Pierre Fabre, want to stop President Faure from vying for another term in office in the next poll slated for 2020. They also want changes to be done to the existing election law to include a two-term limit for the president ahead of the next presidential poll.

But the government maintains that such changes require a referendum, adding that the amendments can’t be made as quickly as the opposition would wish to see them done. On September 19, Members of Parliament, mainly from the government side, voted in favor of the proposed constitution amendments.

But the opposition MPs boycotted the vote, arguing that the parliamentary seating was a trick by President Faure to portray himself as a reform-minded leader while he fights to stay in office until 2030.

The country’s clergymen have also declared their support for the proposed amendments, which the opposition hopes to use to bring Gnassingbé’s 50-year dynasty to an end.

The Togolese protests have come at a time when many African leaders are forcefully amending their constitutions to extend their stay in power. Analysts foresee a situation where similar protests will start to happen in other African countries where presidents have prolonged their stay in office.