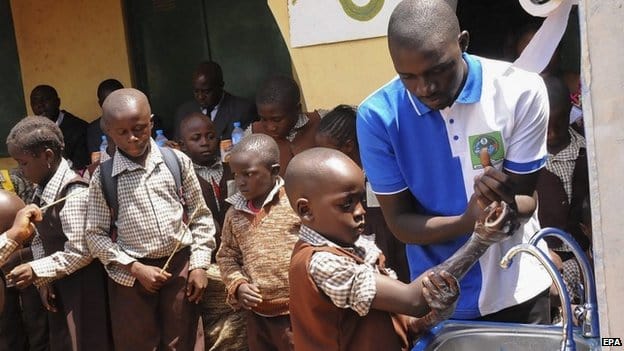 Schoolchildren in Nigeria wash their hands as they learn about Ebola prevention.

On Monday, the World Health Organization (WHO) announced that Nigeria is officially Ebola-free, according to the BBC.

RELATED: Sierra Leonean Businessman Uses Resources & Wits To Keep His Village Ebola-Free, Making It Only Area Not Infected in Country

After six weeks of no new cases of Ebola, the WHO has declared Nigeria free of the Ebola virus, with WHO Representative Rui Gama Vaz, saying, “The virus is gone for now. The outbreak in Nigeria has been defeated.

“This is a spectacular success story that shows to the world that Ebola can be contained but we must be clear that we have only won a battle, the war will only end when West Africa is also declared free of Ebola.”

When Liberian diplomat Patrick Sawyer arrived in the country in July, he brought the country’s first case of the deadly virus with him.

And while eight Nigerians, including some the health professionals who treated him, would eventually die from the disease, Nigeria would spring in to action to contain the disease. 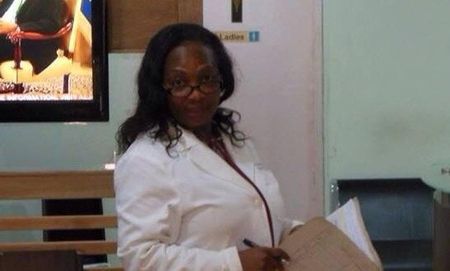 Immediately, they would declare a state of emergency, with the now-deceased Dr. Ameyo Stella Adadevoh (pictured) spearheading containment efforts.

Dr. Adadevoh’s son, Bankole Cardoso, told the BBC that because Mr Sawyer had been so quickly diagnosed, Nigeria was able to trace all those who could possibly have contracted the disease from him.
“That was probably the difference between us and our West African neighbours,” he said.

Dr. Adadevoh, who also treated Sawyer, would later succumb to the disease.

Dr. Adadevoh at this time was in a pensive mood. Patrick Sawyer was now a suspected case of Ebola, perhaps the first in the country. He was quarantined, and strict barrier nursing was applied with all the precautionary measures we could muster.

Dr. Adadevoh went online, downloaded information on Ebola and printed copies which were distributed to the nurses, doctors, and ward maids. Blood and urine samples were sent to LUTH that morning.

Protective gear, gloves, shoe covers, and facemasks were provided for the staff. A wooden barricade was placed at the entrance of the door to keep visitors and unauthorized personnel away from the patient.

Despite the medications prescribed earlier, the vomiting and diarrhea persisted. The fever escalated from 38c to 40c.

On the morning of Wednesday 23rd July, the tests carried out in LUTH showed a signal for Ebola. Samples were then sent to Dakar, Senegal for a confirmatory test. Dr. Adadevoh went for several meetings with the Lagos State Ministry of Health.

The U.S. Centers for Disease Control‘s John Vertefeuille added, “Nigeria acted quickly and early and on a large scale,” he told AFP news agency. “They acted aggressively, especially in terms of contact-tracing.”

The WHO considers an area Ebola-free after two incubation periods of 21 days passes with no new cases.

Outside of West Africa, Spanish 44-year-old nurse Teresa Romero finally tested negative for the virus, after contracting it from two patients she was treating. She is reportedly awaiting a final test for full confirmation.

In the United States, while two nurses are currently being treated for the virus, another 50 people who came in contact with Ebola victim Thomas Eric Duncan have been declared officially Ebola-free after being monitored for the last few weeks.

Last Friday, the WHO declared Senegal, which had one person with the virus enter the country, also Ebola-free.