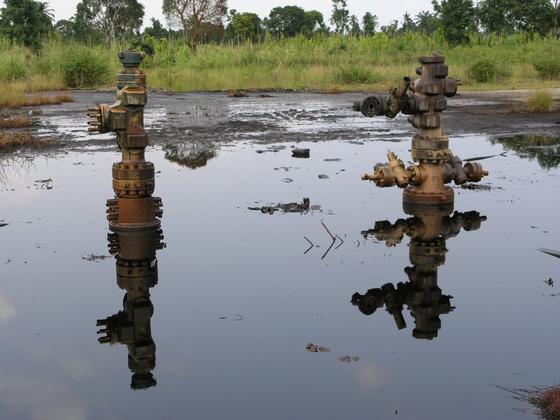 For decades we have been inundated with reports of spilled crude oil floating along the shores of the Niger Delta swamps. After years of oil pollution and contamination in Nigeria’s Ogoniland region, the UN reports the region may require the world’s largest clean-up efforts. Neither the 1991 oil spill in Kuwait nor the Exxon Valdez oil spill of 1989 can compare to the nefarious effects seen in the Ogoniland region.

The UN Environment Program has called for the Nigerian government and the oil industry to contribute $1 billion to a clean-up fund for the region. A two-year assessment of the region by the UN’s environmental agency reports, “drinking water is contaminated in at least 10 Ogoni communities”. The report goes on to document major health risk in the region and serious if not deadly public health concerns in the region of Africa’s largest oil producer.

Nigerian President Goodluck Jonathan, after being presented with the report stated that the government would consider how to move forward. Ogoniland is the native region of Ken Saro-Wiwa, the renowned environmental activist who was executed by the Nigerian government in 1995. The issue of environmental pollution in this region continues on a downward spiral. Yet, the Nigerian government simply sits back and watches.  The UN has taken notice, now it is time for citizens to speak out against this injustice. Hopefully, the fate of Ken Saro-Wiwa will not fall upon others.