In 2013, a black teenager was framed by two white police officers in Florida for strings of burglaries he did not commit.

Charlie Dayoub and Raul Fernandez, the two officers were receiving orders from their police chief, Raimundo Atesiano to pin crimes on people of colour in order to boost their crime-solving numbers.

Many officers in the mostly white suburban town of Biscayne Park were pressured to target “anyone black” with “somewhat of a record”, news site Daily Mail reported.

Following this, Dayoun and Fernandez arrested the black teenager, referred to only as TD, for series of burglaries they had not been able to solve. 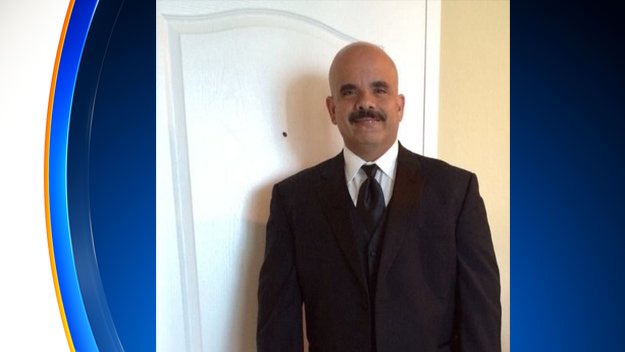 Three years down the line, the two former Biscayne Park police officers have been jailed for a year for their role in the racist scheme.

According to court records cited by news site NBC News, the two were sentenced Tuesday by a Miami federal judge.

In August, they admitted that they falsified arrest affidavits for the black teenage suspect for the four unsolved residential break-ins in June 2013, a month before the police chief, Atesiano touted the town’s 100 per cent burglary clearance record at a commission meeting, news site Miami Herald said.

When the fraudulent arrest of the teenager was made in 2013, prosecutors, fortunately, chose not to press charges and hence the teenager did not spend time in prison.

Dayoub and Fernandez were subsequently arrested earlier this year following an investigation into Atesiano’s behaviour which was driven by other police officers who complained about the racist scheme to local officials. Police chief, Atesiano resigned in 2014 when the probe began after initially denying the scheme.

After pleading guilty this August, Dayoub and Fernandez expressed willingness to work with prosecutors against the police chief in order to get a less harsh sentence as they had been facing a 10-year imprisonment if convicted of a civil rights conspiracy charge.

Prosecutors dropped that serious charge as the two agreed to cooperate and they each pleaded guilty to violating deprivation of the victim’s civil rights.

During their sentencing on Wednesday, the judge insisted on prison for the two despite pleas for a house arrest.
Atesiano also faces up to 10 years in prison after pleading guilty to a more serious civil rights conspiracy charge, NBC News reported.

The black teenage suspect did not have to go to prison but in a similar case, a man had to spend five years in prison and was subsequently deported to Haiti following the racist scheme. Reports state that the man pleaded guilty to avoid the maximum 30-year sentence he was facing.

The fraudulent arrest scheme and subsequent sentencing come on the back of another monumental case in which former officer Roy Oliver of the Balch Spring police department was found guilty in August of killing unarmed 15-year-old Jordan Edwards after he attempted to leave a house party with his brothers in 2017.

Over the years, there have been many other incidents in which law enforcement officers who have killed black people walk away scot-free. There have also been cases where criminal complaints involving white people against black or any other person of colour have garnered lenient judgments.

Case in point is the criminal case against 20-year-old Nikki Yovino. Yovino falsely accused two football players of rape, which was later proven to be lies.

One of the victims spoke in court saying, “My life has been altered and shaped in ways that no one could imagine.” He further explained how he went from a college student to being expelled with no way to clear his name.

Yovino’s punishment? After feigning mental illness as an excuse for her behaviour, she agreed to deal where she pleaded guilty to misdemeanour charges of falsely reporting an incident and interfering with police. After it’s all said and done, Yovino will only serve one year of jail time while the remaining time will be converted to three years of probation. It doesn’t end there.

In May the case of barbecuing while black gained traction when an unidentified white woman called the cops on a black family enjoying quality time. The white woman was not charged with any crime.

Then there is the case of Lolade Siyonbale, the Yale University student who had the police called on her simply for sleeping on a couch. The student who called law enforcement, Sarah Braasch was not admonished by school officials nor by the cops.