A new book slated for release this week has the family of  President Barrack Obama in Kenya furious. The book, titled “The Other Barrack: The Bold and Reckless Life of President Obama’s Father” claims that Barrack Obama Senior had planned to give his son up for adoption. The Writer of the book, Boston Globe reporter Sally Jacobs, claimed that the 24-year-old college student, Obama Senior, and his five-months-pregnant 18-year-old wife, Ann Dunham, had initially planned to place their unborn child in the hands of the Salvation Army for adoption. However, a family spokesperson describes the allegation and the book as nothing more than “a fabrication, malicious, and a political ploy."

Jacob’s look at the life of Obama Senior is entirely different from what was portrayed in President Obama’s memoir, Dreams from My Father: A Story of Race and Inheritance. President Obama dedicated his memoir to his father, portraying him as an impoverished Kenyan goatherd who rose to become a brilliant Harvard-educated economist and citing him to be his inspiration to political success. Although Jacobs credits Obama Senior to be a brilliant man, she also portrayed him as a troubled man who led a reckless life. 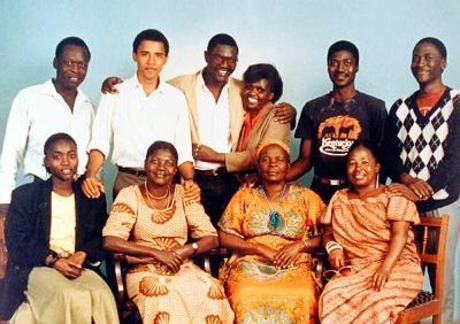 According to the Daily Mail, Charles Payne, the late Miss Dunham's maternal uncle, said he "never heard any talk of adoption whatsoever." "From day one, as far as I could tell, she and Madelyn [Dunham] and Stanley [Dunham] were all completely committed to Barrack," said Payne.” Jacobs was told by the family to obtain approval from Prime Minister Raila Odinga before seeking any views on Obama Senior from them. “We told her that as a family, we did not approve of her intentions, neither did we agree with such statement,” said a spokesperson for the family.

While there is no way to know the true basis behind the allegations brought forth by Jacobs, many believe that this is nothing more than a malicious campaign against the President as he begins gearing up for a second run at office. Even so, it seems as if this entire situation is nothing more than an attempt to taint the son with the sins of the father, rather than exploring the journey of the son in light of those sins.

President Obama attributes his success to his father, not because he was in his life but because his father’s core values survived the heartbreak of a broken relationship.