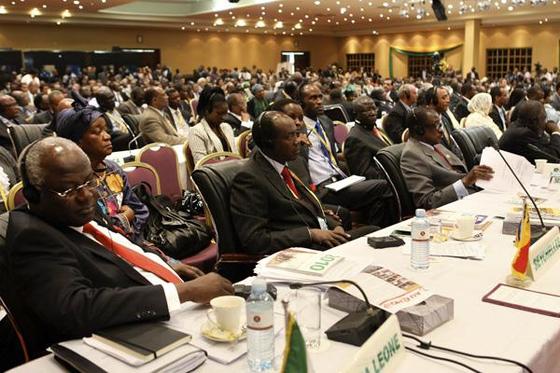 In an effort to help Libya emerge from civil war, the heads of state of the 53-nation African Union have designed a "road map" for Libya. However, the leaders did not discuss what role the fallen dictator, Moammar Gaddafi, would have in this plan.

The plan states that Gaddafi has agreed to an "inclusive dialogue process" that will include negotiating with rebels. The proposal does not make clear whether Gaddafi should step down, however, it explicates exactly what his role would be in ending the civil war.

Many believe that support for Gaddafi is waning amongst his peers despite denials from his staff. The African Union is split by those who want to issue a statement calling for Gaddafi’s departure, while others believe that as an elected head of state, he cannot be forced out of his position.

Despite this, the situation seems to be worsening every day, and it seems that only time will tell whether or not Gaddafi will voluntarily step down from power.