Yrsa Daley – Ward is a poet, feminist, model and LGBTQ activist born to a Jamaican mother and a Nigerian father in Northern England. Her work is often described as visceral, using precise and incisive language to talk about the everyday challenges around identity, race, mental health, and femininity.

Daley-Wade began her career as a model who, as she described in an interview with The Guardian, was “struggling to pay her rent in London, working for brands such as Apple, Topshop, Estée Lauder and Nike.” She eventually moved to South Africa where she lived for three years working as a model, later branching into poetry.

She was quickly recognized for her poetry in Cape Town, being invited to South Africa after she left for London to work alongside the British Council to headline two poetry festivals in Johannesburg. Company Magazine soon listed her as one of the top five writers to watch.

Her debut book, Bone, was first self-published in 2014 then issued by Penguin Books in 2017 to critically acclaim. Poet Nayirah Waheed reviewed it as follow:

“yrsa daley-ward’s bone is a symphony of breaking and mending. this whole book is an ache. and a balm. daley-ward effortlessly mines the bone. the diamond from the difficult. the things that are too bright and taboo. she lays her hands on the pulse of the thing. and gives wide air to the epic realities of women. the unfamiliar. the familiar. sexuality. poverty. sex work. sadness. joy. damage. and restoration. assigning them all the grace. all the nurturing. and all the love they deserve. an expert storyteller. of the rarest. and purest kind—daley-ward is uncannily attentive and in tune to the things beneath life. beneath the skin. beneath the weather of the everyday. her poetry and prose are intimate and distant. sonorous and staunch. delicate and metal. unwilling to yield and wondrously supple. daley-ward’s extraordinary talent. ability. to both see and write the veins of the true life. the true lives. is a gift. a breath.”
—nayyirah waheed, author of salt. and nejma

Daley-Ward has a book of short stories called On Snakes and Other Stories and has taken the TEDx stage with her talk Your Stories and You. Her new book, The Terrible, will be released in 2018. 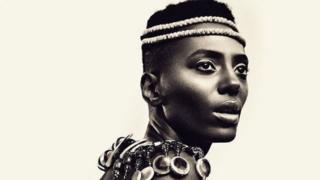 From the celebrated poet Yrsa Daley-Ward, a poignant collection of poems about the life, love, and  self, excerpted from her book, Bone:

“The pastor makes twenty-four
references to hell
in the sermon at church and forgets
to talk
about love.”
― Yrsa Daley-Ward, bone

“If I’m entirely honest, and you say I must be I want to stay with you all afternoon evening, night and tomorrow pressed into you so tightly that we don’t know whose belly made what sound, whose heart it is that is thumping like that until I don’t know if the sweat on my chest is yours or mine or ours.”
― Yrsa Daley-Ward, bone

“If you
were married to yourself
could you stay with yourself?

My house
would be frightening and wild.”
― Yrsa Daley-Ward, Bone

Watch her read her poem, This Will Give You Poetry, also from Bone. She also talks about her inspiration and writing in this clip. Enjoy.