In this week’s instalment of poetic attack, we delve into the works of Ghanaian spoken word artist Mutombo Da Poet.  More specifically, his poem ‘Fit In’ which you can view here:

‘Fit In’ epitomizes the need to lead by your own force rather than living by societal pressures. In a world where it’s commonplace to compare ourselves to other individual’s standards, it is imperative to seek messages where our truth is emphasized and what we’re reading or hearing resonates with us on a level far beyond the surface. Easily said and hard to implement, there is a great need for us to be genuine with ourselves and those around us. This poem solidifies loving yourself as you are while striving for growth. 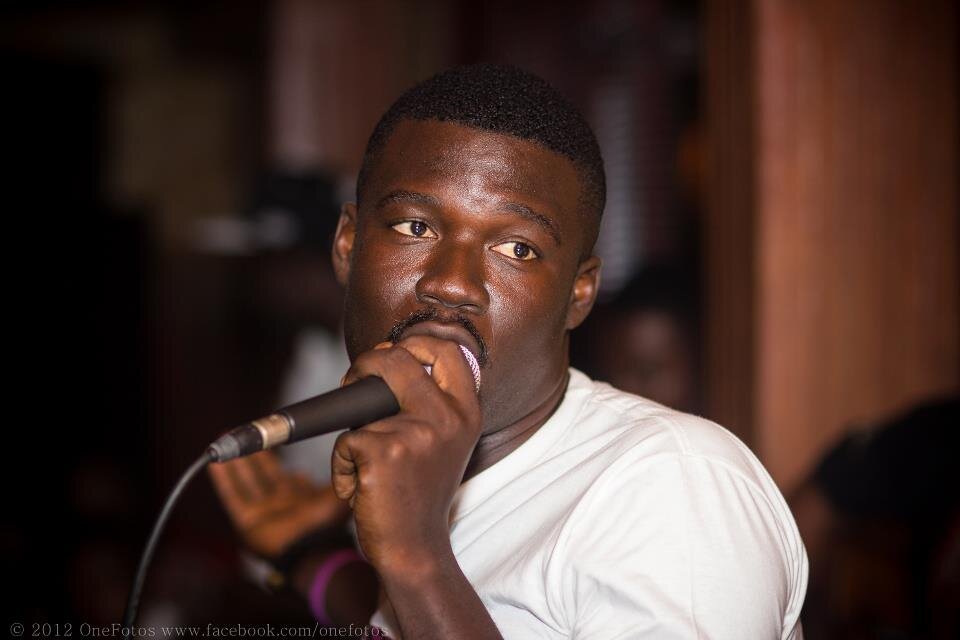 Mutombo Da Poet named Percy Osei – Appiah is a lyricist, artist, and poet who busted onto the lyrical scene in Ghana in 2006.  At the time, there were no poets performing in a public forum.  Mutombo became the first resident poet of the Ghanaian open mic show, ‘Bless the Mic’.  He was also the first poet to perform as a guest on Ghana’s network TV3 reality show, ‘Mentor’. Mutombo has also appeared on ViaSat1, DSTV, GTV, Joy FM, and HITZ FM. he adopted his moniker from the famed Basketball player Dikembe Mutombo because of their similarities in tall stature.

In 2009, Mutombo won the Ehalakasa poetry slam. Since he’s performed at countless shows including within the United States.  Mutombo has also released spoken word tracks including the album PHOTOSENTENCES in 2012.

Mutombo is also a photographer and blogger with a concentration on social, political, and environmental issues.