Emir Sanusi II, the traditional ruler of Nigeria’s largely Muslim northern city of Kano, said that plans are underway to introduce a new law that will prohibit polygamous marriages for men who do not have the means to support it.

Sanusi II of Kano made the statement on Sunday while delivering a speech at a Muslim gathering. The Emir said the law would effectively ban poor men from marrying more than one wife, reports the Vanguard, adding that there appears to be a connection among polygamy, poverty, and terrorism.

The Emir, a respected economist and a former governor of Nigeria’s Central Bank, said because Islam allows polygamy, some poor men marry as many as four wives and end up fathering as many as 20 children — most of whom they are unable to train in school or properly accommodate. Those children, he maintained, end up growing up as vagrants and unproductive members of society.

“Those of us in the [mainly Muslim] North have all seen the economic consequences of men who are not capable of maintaining one wife, marrying four. They end up producing 20 children, not educating them, leaving them on the streets, and they end up as thugs and terrorists.” 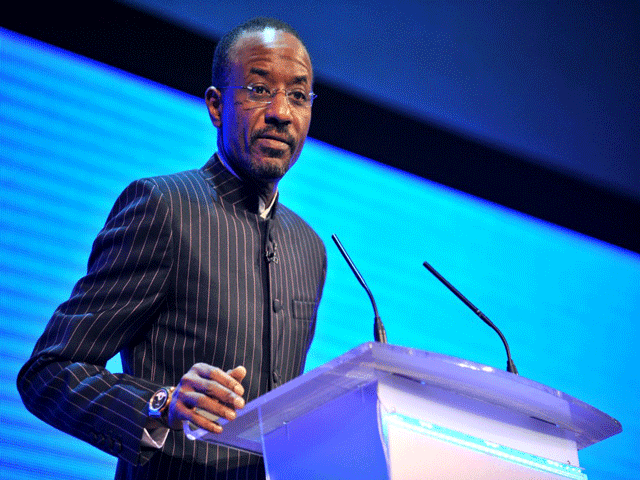 Before his coronation as the Emir of Kano, Sanusi Lamido was Nigeria’s Central Bank Governor between 2009 and 2014. Photo credit: Nigeria Business Weekly

Nigeria operates as a democratic republic, and since independence from the British, the role of traditional title holders is largely ceremonial. However, in the north of the country, where the Emirs are seen as both traditional heads as well as leaders of the Muslim faithful, they remain very influential and can sway public opinion.

“The law will address what Islam says on marriage, it will outlaw forced marriages, it will make domestic violence illegal, it will put in conditions that you need to fulfill before you can marry a second wife, it will spell out the responsibilities of a Father beyond producing a child,” the Emir said.

“It is a big law, which covers a whole range of issues from consent to marriage to maintenance to divorce to maintenance of children and inheritance. It will be the first time in northern Nigeria that a Muslim law on personal status will be codified.”

The emir said the new law, which is proposed as a family law, is expected to be passed in the coming months by the Kano state government.

Despite having produced much of Nigeria’s past leadership, northern Nigeria is relatively backward and lags behind the southern region on several important developmental metrics, including literacy, access to health care, and the rate of poverty.

Over the last decade, the Islamist terror group Boko Haram has emerged in the region and analysts believe that the ease at which they recruit fighters is due to the poverty and deprivation that prevail in the region.