A little over a year ago in an interview at the Faculty of Law of the Ghana Institute of Management and Public Administration (GIMPA), a member of the panel asked of my age. After I had told him, his face lit up. “Wow! You’re beautiful”, he said.

Then, as if rather disappointed that I wasn’t married at my age, he asked again: “But why don’t you look for a very rich man to marry you? Why law? Considering your age, don’t you think it would be a waste of your time pursuing a five-year programme when you could just find a rich man to marry you and bear beautiful kids for him?”

Had it been today, my first reaction to him would have been: “Would you ask a male applicant the same question?” Back then I wanted to enrol into the programme so badly that I merely smiled, trying too hard not to sound cocky, and replied: “I want to be that rich man.” The panel, made up of only men, had a good laugh at my answer.

Throughout history, society has been conditioned to see women as ‘sub’ humans born solely for the purpose of catering to the frail ego of men, despite women’s remarkable progress in political, economic and social terrains. The man’s ego is already broken by society in its bid to ‘harden’ him.  So, the woman becomes the reservoir housing his insecurities; bear him children; keep quiet when a man speaks irrespective of how hurting his words may be; keep him warm when he desires warmth; don’t emasculate a man; make him feel indispensable. 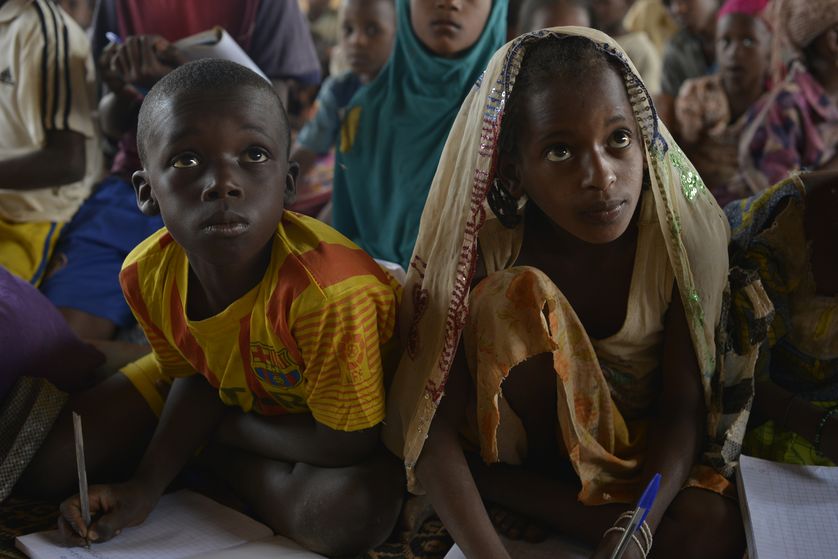 UNICEF urges more gender equality in chores so that girls can be equal with boys in educational, social and employment opportunities. (Photo: UNICEF)

Dealing with gender inequality is already a daunting task, and dealing with gender inequality as a Black woman is a daunting, almost impossible task. The things we are exposed to while growing up, shape our viewpoint of the world. In most cases, a woman is conditioned to think that regardless of the feats she achieves as a human person, a man, owns her. In some African societies, a woman is taught to believe that a man is the god she can see and touch.

Growing up, I remember being ambidextrous, just like my father, with my left-handedness being a bit more pronounced. My mother would scold me each time my left-handedness came to play: “You cannot do this this way because no sane king will marry a left-handed woman.” Or, “you cannot dance Adowa (a traditional Ashanti dance) for a king in a palace looking like his fellow man”, she would say.

In her mind, she was raising her daughters for kings. The language my mind began to speak to me as a child was that I lived my life for someone else; a man. Some of my brothers were left-handed too, and she would say to one of them when he wrote with his left hand that, “I know you would be a very good bank manager owing to the way your left fingers control the pen in deft motion.”

I remember also how my aunts would chide my female cousins and me when we went out to play while they (my aunts) cooked. They would say things like, “a woman sells fruits and vegetables, and never bullets and gunpowder.”

What if my mother and my aunts had taught us, my cousins and me, that we could be the kings they were raising us for?

An animal is unleashed at the same spot it is tied. I believe society has a role to play in addressing the issue of gender inequality. The sex of a person is who he/she is, and gender is how society thinks a person should be. There should be a healthy discourse addressing this issue, making difference seem normal. For difference is nothing other than a barrier created by society. 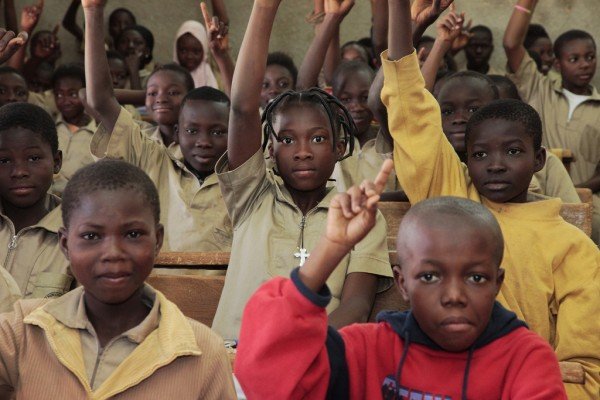 We can unlearn difference, as difference is usually merely about construction. No one is born thinking one sex is more important than the other. No one is born thinking a blue toy car is to a little boy, as a pink doll is to a little girl. A six-year-old boy would walk about with his chest out, probably because he has seen an older man walk that way. In the same vein, a six-year-old girl would wear lipstick, pout and strut in her mother’s high heels because she would have seen women do so.

Again, we can begin to raise girls differently. And boys too. I believe we should say to girls, often, “You’re not a queen; you don’t need a king to solve the puzzle that is in your life. You’re a god. A force. A star. And you’re here to make a difference. The world needs your gifts and talents”. With these words, we can train their subconscious minds to believe that they are about just as important as boys are.

Like difference, gender can be unlearned too. We should come together as a people with a common goal, both men and women, to embark on a journey of social, political, economic and cultural reconstruction for a freer and fairer world.