As a former leader of Rwandan refugees living in Zambia, I recently took it upon myself to go and experience Rwanda for what it is, not what my community in Lusaka desires it to be. I cared less for my well-being and safety and whether I was going to be killed or jailed as many expected for my past work as an ardent critic of President Paul Kagame and a genocide denier.

I had to take the first step.

I had to lead and clear the “cowardice,” and in all this, one disturbing question kept lingering in my mind before making that crucial move: what if all I thought I knew about Rwanda was false and doctored?

The Truth on the Ground

In the heart of Africa lies a very small country, densely populated, rich in culture, but with a peculiar history no decent human being can be proud of; yet Rwandans, wherever they may be scattered, remain one of the most patriotic people on the continent.

Some are a part of a disoriented “posse” in denial, which still justifies the indefensible (that Rwanda’s 1994 genocide never occurred), and others always wish to return home but fear the “unknown” or merely choose to believe biased propaganda propagated by the enemies of the Rwandan people and known as “Genocidaires,” with most of them hiding behind their UN refugee status.

Many people knew my native country Rwanda due to the 1994 Genocide against the Tutsi and its aftermath but is the aforesaid all there is to know about my home?

I left Rwanda 22 years ago, and everything I knew about my country of origin I either read about or heard through some sort of narration in Rwandan weddings, meetings, or other festivities.

During this time, our elders became nostalgic about Rwanda and started cursing President Kagame for their lives in “REFUGE” as though he chased anyone away from Rwanda — but that is just politics and a topic to be discussed on another day.

In 1994, when we were fleeing from the genocide against the Tutsi, I was 1 year old and that has affected me ever since.

Before getting on a plane to Kigali, I asked myself whether Rwanda was ready for an enthusiastic mind such as mine. I was petrified getting on that plane, but in my mind, the words of the Rwandan Ambassador in Zambia Abel Bahungu kept repeating itself. He said:

Lionel, you are a very young person. Your writings do not define your true beliefs. We are well aware of the circumstances that surround the life of a young intellectual, and for that matter, a lawyer and Rwandan refugee activist raised in exile.

Many extremists would love to use you, but only you can decide which road to take. Thank you for finally wanting to know your country for yourself, and our duty is to ensure that no Rwandan remains a refugee forever. Rwanda changed a long time ago. We are a forgiving nation and your case is no exception. Go and see Rwanda for yourself and relearn if possible. Trust me, no one will hurt you.

Actually, they will assist you to ensure that you feel at home. Do not worry, young man.Your country awaits you. Nevertheless, since you are a legally protected refugee, it is the UNHCR [that will] voluntarily repatriate you as mandated by the UN, but should they fail, our doors are always open and you will be taken back to your country as a matter of right.

You are Rwandan and to us, that is all that matters. Whether in refuge or in Rwanda, we recognize you as one of us and your rights still remain protected regardless of your status.

Just hours after I spoke with the Rwandan ambassador, the Zambian UNHCR Junior Protection Officer Joyce Malunga, a somewhat sycophantic UN “dilettante” on the current situation in Rwanda, refused to voluntarily repatriate me because she thought that Rwanda had not made progressive steps to accommodate people like me.

Her decision was irrational and had no legal basis whatsoever, confirming what had been in the public domain for quite some time: the UNCHR in Zambia had been working with “Genocidaires” to stop young Rwandan refugees from returning to Rwanda on the pretext that there still exists a bane of political, social, economic, and other difficulties.
These extremists hold the refugee youth “hostage” to protect themselves from extradition should the Zambian government agree to one; and on the other hand, the UNHCR needs more refugees to continue operating in Zambia. They are apathetic to Rwanda’s stability and peace for their mandate/mission conflicts with the progressive strides Rwanda has made.

Technically speaking, the UNHCR is not financing the “Genocidaires” and their businesses, but they are exacerbating the situation, making the Rwandan Refugee crisis an endless scourge to all the parties involved.

How I Saw Rwanda as a Refugee

From nursery school, I always loved politics, and that could be seen from how I used to dress and wanted to lead others.

As I grew older, the drive was still there, so that is when I decided to learn Rwanda’s history. Conflicted with her complexities, I chose to take one position, the position of the people (Rwandan refugees) I was surrounded with, and later, I adopted the beliefs of former RPF Affiliates who were now exiled for various reasons (see the Rwandan National Congress).

All in all, my opinion of Rwanda and her history was limited to the nature of literature I had been exposed to, including publications/opinions written by the likes of Prof. Filip; Christopher C. Black; Dr. Charles Kambanda; Dr. David Himbara, Dr. Theogene Rudasingwa, Ann Garrisson, Rene Mugenzi, Robert Higiro, and more who are all regular contributors of “Friends of Reason,” a Facebook forum/group, where we discussed Rwandan politics but mostly criticized President Kagame and the current Rwandan government.

As a person who loves a great deal of literature, I read their opinions and opted to opine in a similar fashion, but what I did not understand is how young I was and how easily a person of my age could be manipulated given that I did not experience the facts I was debating firsthand.

Supported by their biased publications, I negated the genocide against the Tutsi with confusing figures based on unverified sources and declared the current Rwandan government a “dictatorship,” even though I had not set foot on Rwandan soil since the year 1994. 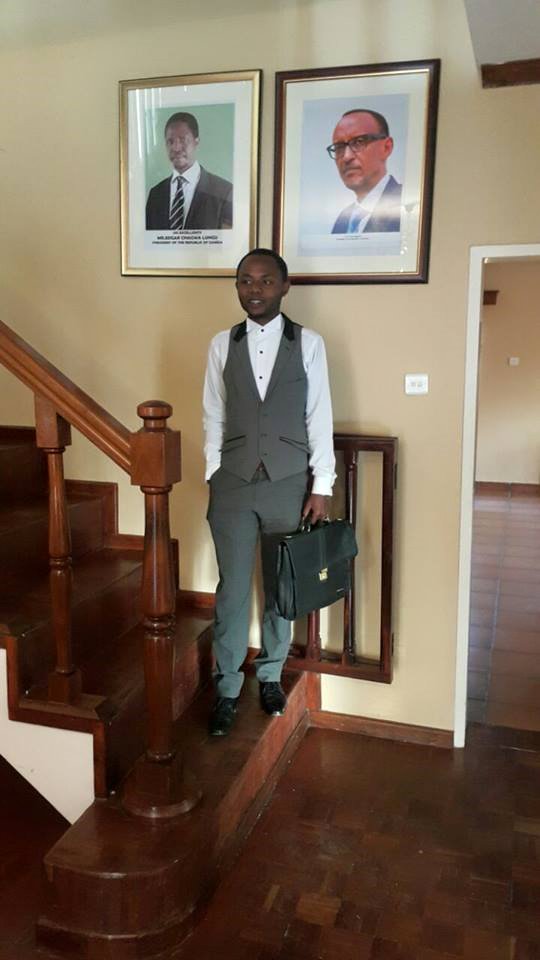 Upon arriving in Rwanda, I talked with Tutsi genocide survivors and visited some genocide memorial sites.

I heard stories from primary sources, and it was disturbing to see how these victims had forgiven their abusers by living with them as part of the reconciliation process initiated by the progressive Kagame government.

Rwanda is not a perfect nation, but what I have noticed is that everyone, from a simple villager to a minister, is involved in national affairs, and the President does not give credence to one’s opinion merely because they hold a senior government office. Instead, as long as one is Rwandan, his or her opinion is of value to Rwanda.

And that fact has changed my mind on past assertions I have made on Rwanda not being a democracy and — more importantly — my previous belief that genocide against the Tutsi never took place.

Some people in the opposition argue that laws promoting genocide ideology are repugnant but is that the case?

It has been generally accepted that the exercise of the right to free speech carries with it duties and responsibilities — the most critical one being the maintenance of the integrity and reputation of others to ensure a mutual respect that forms the pillar of good peace and order, an essential tenet in a democratic society as envisaged by most progressive/modern states.

Genocide is without a doubt a sensitive subject, and it is a judicial notice as expounded in various ICTR precedents.

Prosecution v. Akayezu, in particular — that the massacres that took place in Rwanda in 1994 — aimed at a specific goal: “to exterminate the Tutsi, chosen because they belong to the Tutsi ethnic group, not because they were RPF Combatants.”

The mistake I made was to ignore salient facts all in the name of political activism.

Although academic research must be welcome, it ought to be precise, unbiased, and reflective of the era it portrays. I now realize that my previous positions on the government and genocide were biased, because my sources included serial critics of the current Rwandan government or disgraced academicians who had personal scores to settle with the current administration.

And my works — although welcomed by the Rwandan opposition all over the world — fell short of the universally accepted research, history, and facts.

As for the political style of Rwanda, my home country is a democracy in as much as history allows her to be.

She is not a Western Democracy, nor a Zambian one, but what she could be called is a democracy in the Rwandan context, with good governance and equal participation of all Rwandans without discrimination forming the bedrock of her tenets.

Surely, to every honest Rwandan living inside the country, Rwanda is an emerging model democratic state, and it does not take the dictates of Western journalists or jurists to change what the true beneficiaries of the said democracy believe.

Rwanda is for Rwandans.