I’m certain by now many of you have seen the Black Panther movie with its proud Afrocentric twist and “high tech gadgets”. Like all Marvel movies, fans are loving it and it was the most sought-after at the box office this weekend. The blockbuster made a whopping $25 million with its Thursday previews.

With this amount being reported as coming in from the Thursday preview alone, many have high hopes that Ryan Coogler’s movie would pull in a huge amount of money by the time it goes off the theatres.

But who is Ryan Coogler? This 31-year-old African-American director has within just five years made a bold mark in his career. His latest black superhero film, like his 2013 debut (Fruitvale Station) and the 2015 movie “Creed”, has shown how confident and experienced he has become as a filmmaker. But what else do we know about Coogler?

Born on May 23, 1986, in Oakland, California, Coogler grew up reading about superheroes. “As I got older, I wanted to find a comic book character that looked like me and not just one that was on the sidelines,” Coogler said in an interview with NPR.

“And I walk in and ask the guy at the desk that day, and say, ‘Hey man, you got any comic books here about black people, you know, like with a black superhero?’ And he was like, ‘Oh, yeah, as a matter of fact, we got this one.'”

It was “Black Panther.”

His teacher inspired him to become a screenwriter

Coogler discovered a potential future in film at Saint Mary’s while on a football scholarship. He was then taking a creative writing class when his professor assigned the class to write about a personal experience. Coogler decided to write about the time his father nearly bled to death in his arms. The professor, after reading his work, pulled him aside and asked what he wanted to do with his life. Coogler said he only wanted to play ball, become a doctor and be a positive influence in his community.

Coogler, in an interview with the Filmmaker Magazine, said he remembers the professor saying: “I think you should become a screenwriter. You can reach more people.” He said he thought she was crazy. “But I was always thinking about stories, so maybe there was something to it.”

Coogler later transferred to Sacramento State, where he specialized in finance. He, however, continued exploring film with his elective courses. He later opted to pursue graduate studies at the University of Southern California School of Cinematic Arts, where he made a series of short movies.

Coogler broke out with his first feature in 2013

“Fruitvale Station,” which was his first feature film, was produced in partnership with Oscar-winning actor Forest Whitaker.

The film, which starred Michael B. Jordan, was a true story of Oscar Grant, an unarmed man shot in the back by a cop in Oakland, California. The 2013 film picked up awards at Sundance, the National Board of Review, the Independent Spirit Awards, and Cannes.

Two years later, Coogler came out with his second feature film, “Creed” which also starred Michael B. Jordan. Coogler recently indicated that his memories of watching the “Rocky” movies with his father inspired him to write the film which has since won numerous awards. 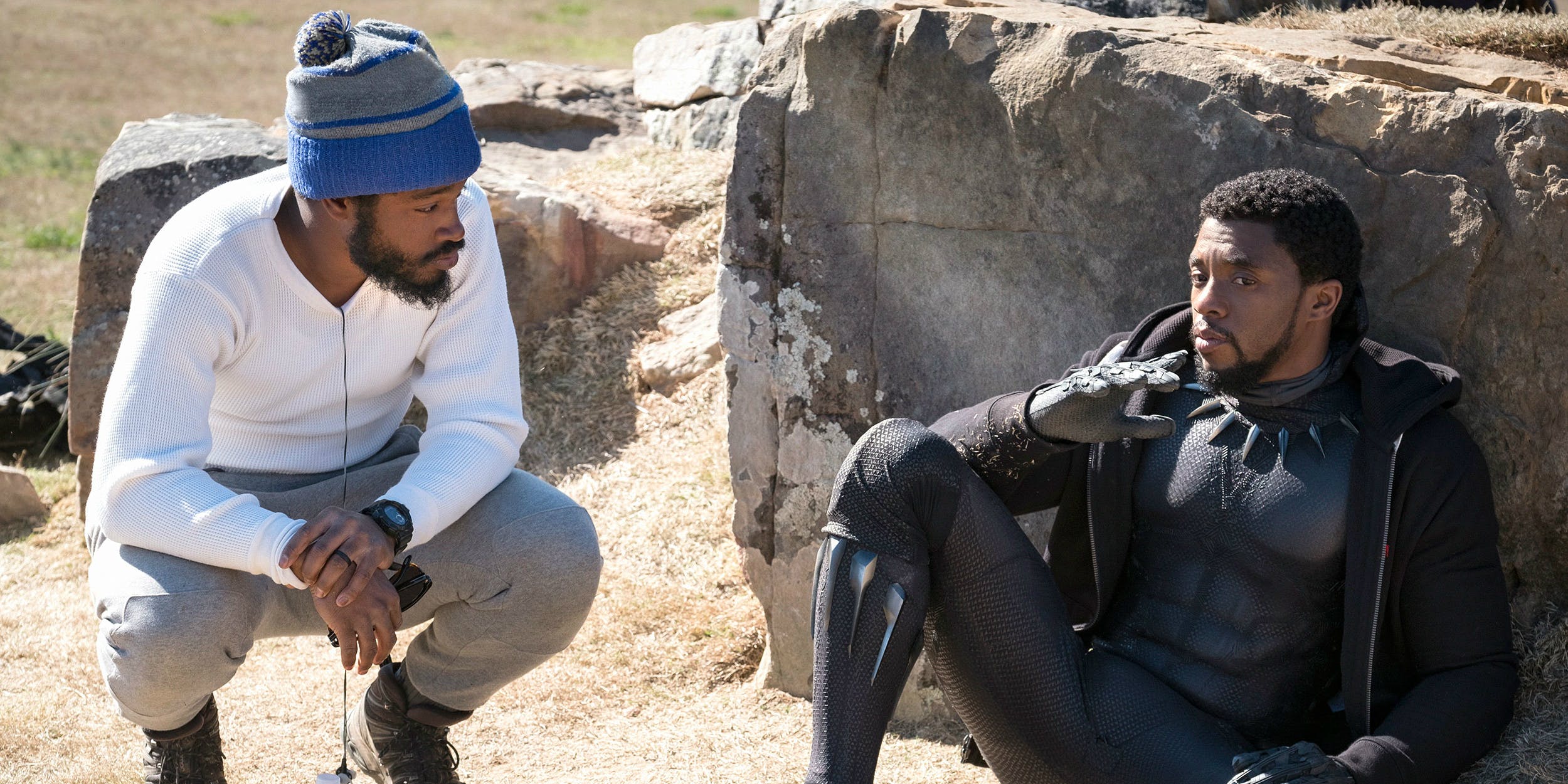 In an interview with the Los Angeles Times, Coogler said he wanted to make sure that Wakanda, the fictional setting of the film was seen as a country and not a city.

He added that Wakanda was also inspired by several African landmarks, including South Africa’s Three Rondavels and the canyon Orbi Gorge.

Coogler also penned the script of the all-black cast film, which has since hit theatres.

What is striking about Coogler?

Many have hailed Coogler for the feat he has achieved in terms of the revenue and profit he rakes in with the budget he is given by Marvel Cinematic Universe for his films. In his first film, “Fruitvale Station,” Coogler was given a $900,000 budget and he made over $16 million. For “Creed”, Marvel gave him a $40 million budget, and Coogler made about $173 million. With his recent film, he was given a $200 million budget, the most ever to be given to an African-American director, and he is already creating wonders with it, considering the amount of money the film has so far made from previews.

Coogler, from age 21, worked with incarcerated youth at San Francisco’s Juvenile Hall. He is currently married to Zinzi Evans who is an Assistant Director and a Producer.