Last week, South African Minister for Arts and Culture Nathi Mthethwa announced that he had approved the renaming of the colonial town Grahamstown to Makhanda. The decision was made after over twenty years of debate suggesting a name change by locals and historians. 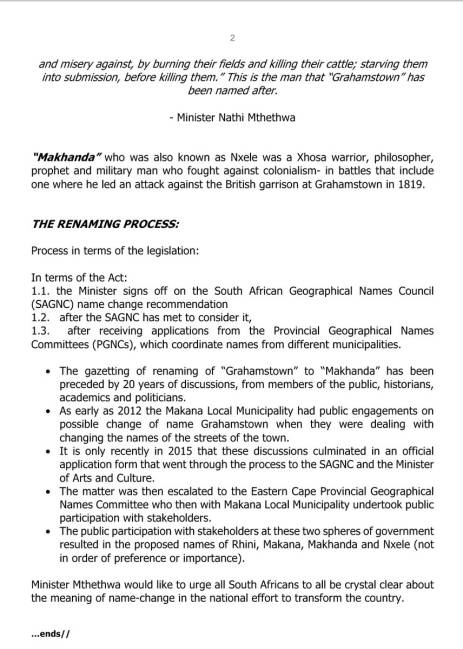 Grahamstown is the largest town in the Makana local municipality in South Africa’s Eastern Cape province. The town was founded in 1812 by Lieutenant-Colonel John Graham as a military outpost. John Graham founded the town with the hopes of securing more territory to gain more influence in the land than the Xhosa people. He was sent from England on this mission in 1811.

The name Grahamstown is to be replaced by Makhanda, named after the great Xhosa warrior, philosopher, prophet and medicine man. Makhanda is also known as Nxele and his name can also be spelt Makana. 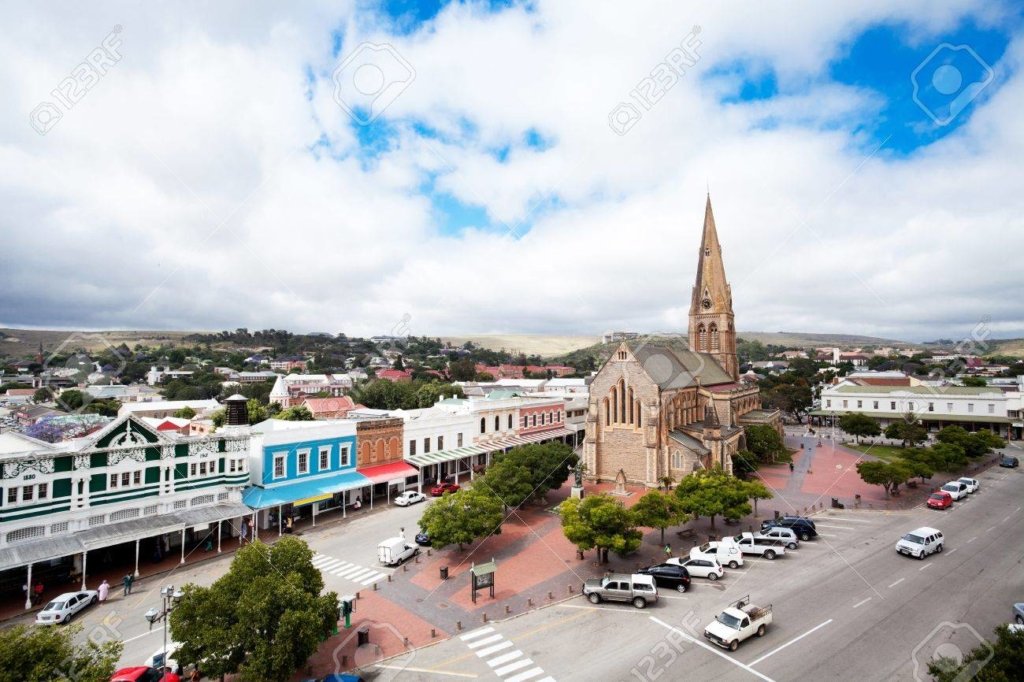 The story of Makhanda

Makhanda was born around 1780 to a Xhosa father and a mother from the Khoikhoi tribe. His father died when he was still very young and he was raised by his mother who worked as a spiritual diviner and medicine woman. His medicine practices were learnt from his mother, a skill he used to help injured warriors during wars.

Makhanda grew up in areas where there were many Afrikaner farmers and had a first-hand experience of the mistreatment of blacks by the British colonizers.  This experience made Makhanda sought to evict the British and Dutch from the land. Seeing Christianity as a Western Culture set to brainwash the African mind, Makhanda preached against the religion.

On 22nd April 1819, Makhanda led a group of Xhosa warriors and attacked the British colonial rulers. The attack was against colonialism and land ownership. This was not the first attack that Makhanda had led. In 1818, he led Xhosa warriors in an attack against Chief Ngqika who was accused of being an ally to the British empire and helping in the slave trade in exchange for a few possessions. This battle was known as the battle of Amalinde.

The 1819 Battle of Grahamstown was triggered by the seizure of about twenty-three thousand cattle from Ndlambe’s people by the British. Angered by their actions, Makhanda advised that the people unite to drive out the colonizers once and for all. The attack was done during the day with close to ten thousand warriors. The warriors were accompanied by women and children who were ready to occupy the land that rightfully belonged to them. Unfortunately, the British troops were supported by the Khoihkhoi group and were able to defeat the Xhosa warriors.

Once defeated, Makhanda surrendered himself to the British to promote peace and was imprisoned in the Robben Island. However, as a prisoner, he was treated well in the Island until he escaped on the 25th of December with other warriors of Xhosa and Koisan descent. Makhanda drowned in his escape but his people waited for his return years because he had promised them he would return to help them get freedom from their colonizers.

The legend of Makhanda has lived on for centuries and he is regarded as one of the first freedom fighters and brave warriors of the Makana local municipality. The minister of culture and arts urged all South Africans to be clear about the meaning of the name change in a national effort to transform the country.