A few weeks after 11 lavish vehicles belonging to Teodoro Nguema Obiang Mangue, the son of President Teodoro Obiang Nguema Mbasogo of Equatorial Guinea, were seized in Switzerland, a 250-feet luxurious yacht belonging to him has been confiscated by the Dutch, reports Quartz Africa.

The $120 million yacht was reportedly seized on Saturday, after it attempted to leave Makkum, Netherlands, for Malabo, the capital city of Equatorial Guinea. 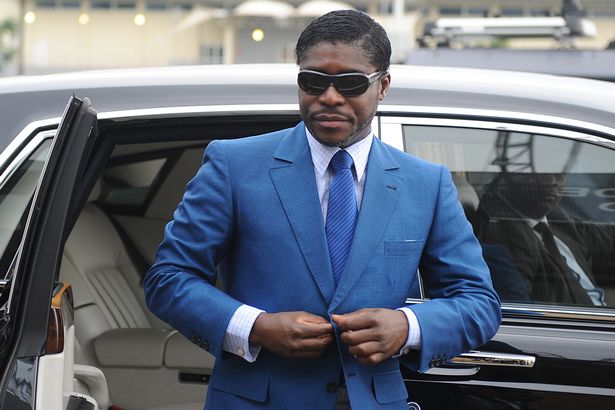 Mangue, who is the first vice president of the oil-rich Equatorial Guinea, has been under investigations in Switzerland over the alleged misappropriation of public funds in his country.

However, he has continuously denied ownership of the luxurious possessions, arguing that they belong to the government of Equatorial Guinea.

Mangue’s political career has been marred by controversy, with U.S. law enforcement officials accusing him of amassing wealth through corruption. They say most of his luxurious possessions come from oil and gas reserves in Equatorial Guinea.

In 2004, Mangue reportedly spent more than R10 million over a weekend in South Africa on champagne, property renovations, a black Bentley Anarge, a cream Bentley Continental R, and a Lamborghini Murcielago.

He currently own two houses in South Africa, worth a total of R50 million and a $31 million property in Malibu, California. Mangue is also reported to own a 5,000-sq-foot home in Paris and hip-hop music recording label TNO Entertainment. 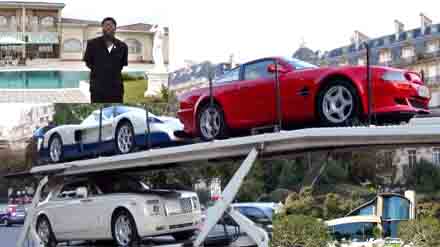 In 2011, two of his Bugatti Veyron cars and nine other vehicles belonging to him were seized by French officials investigating corruption. They were eventually auctioned off in 2013.

Observers say Mangue was appointed the vice president of Equatorial Guinea in a bid to ensure he succeeds his father, President Mbasogo, the longest-serving president in the world, when he retires.

Several other expensive properties belonging to Mangue have been seized in the United States and France. 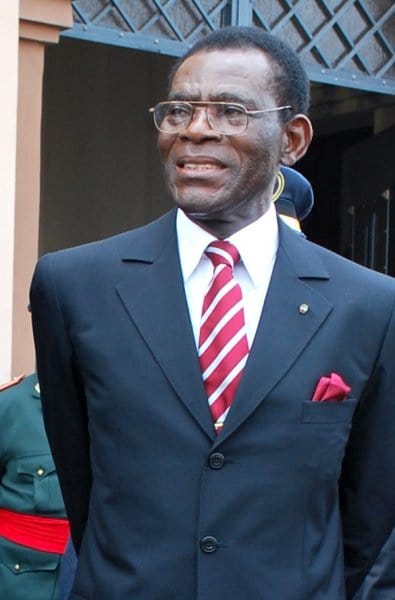 President Mbasogo has been in power since 1979, after ousting his uncle Francisco Macias Nguema in a military coup.

He has also served as the chairman of the African Union between January 2011 and January 2012.

Over the 37 years he has been in power, President Mbasogo has been accused of corruption and abuse of power. His nature of rule is regarded as non-democratic, especially since the country’s opposition is hardly tolerated.

Equatorial Guinea is currently a non-party state controlled by the Democratic Party of Equatorial Guinea. The country’s constitution extends the president’s powers by giving him the right to rule by decree.