The Fete Gede, or the festival of the dead, is one of the most important celebrations on the Voodoo Calender. The annual festival is a celebration of spirits, ancestors and the dead in Haiti.

Marked on the first two days of November, it is a time for people to seek strength, protection and reconnection with the dead, especially those who died with unfinished conversations or issues with the living. 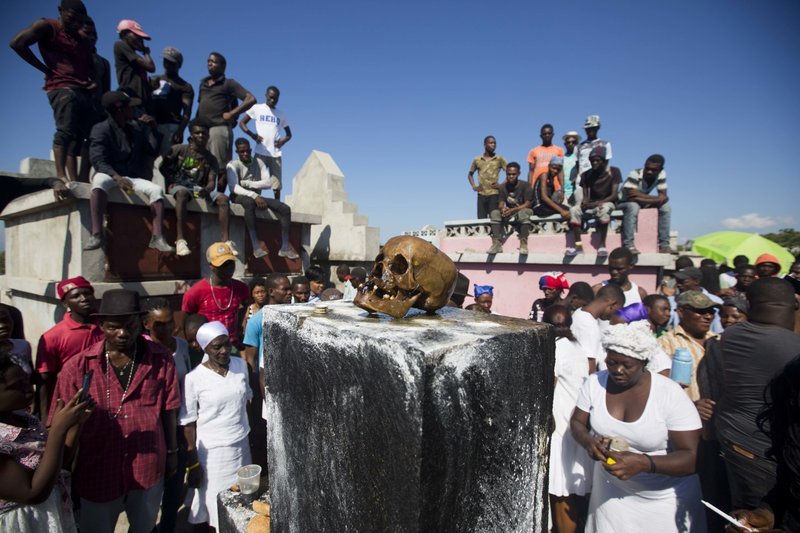 It can be a very intense and draining experience as many people are possessed by the dead, whose spirits come alive at the event. The festival, which coincides with All Saints Day on the Catholic calendar, is still practised even by Christian Haitians.

The festival is a celebration for Vodouists, the believers and practitioners of the voodoo religion, one of Africa’s oldest religions. 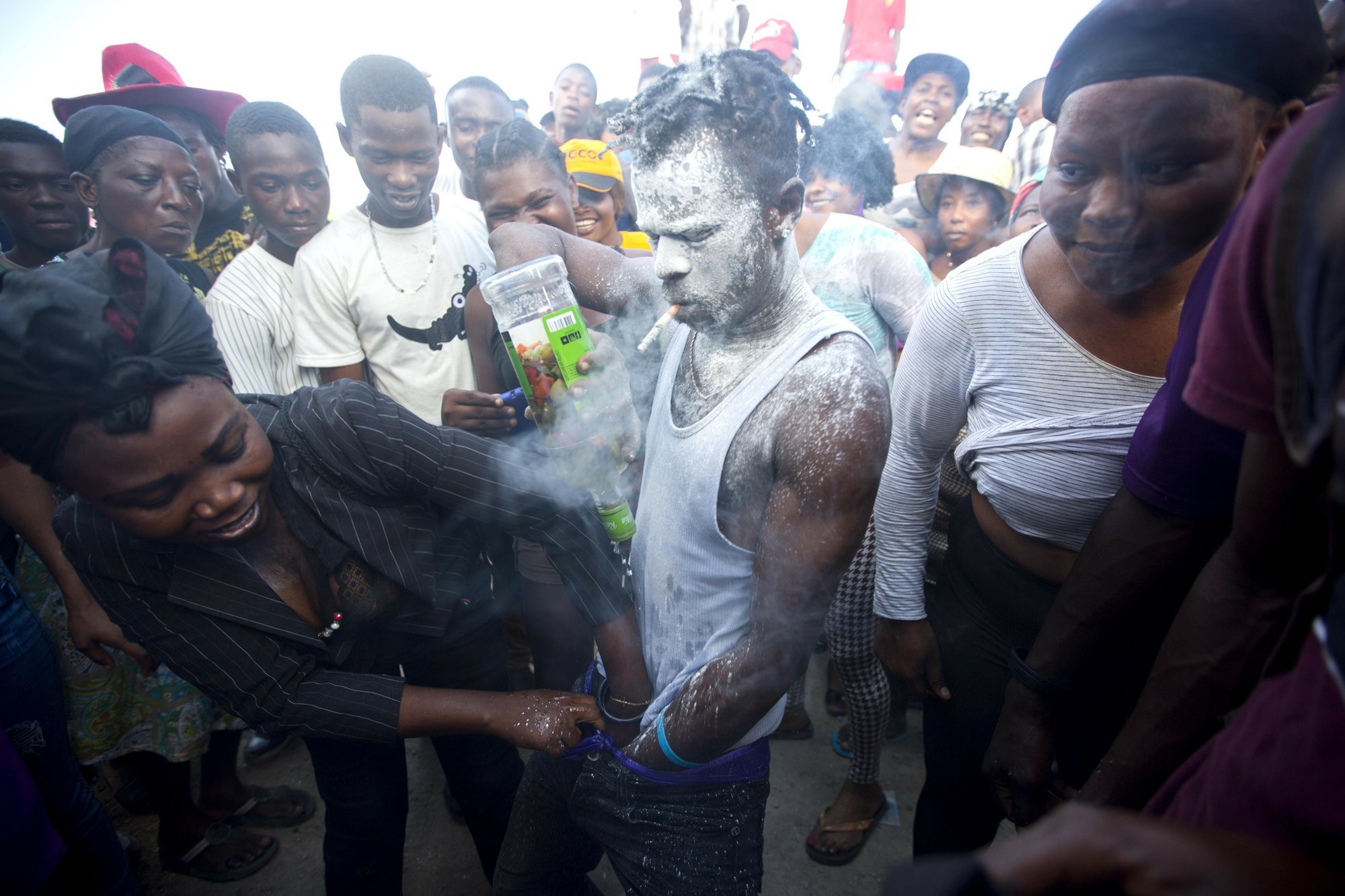 A possessed body in action

The religion was developed in Haiti and other parts of the Caribbean by West Africans who were forced into slavery. Most of them are the Fonn from Benin, the Yoruba from Nigeria and other Africans from parts of Ghana and the Kingdom of Kongo. Through the centuries, the Voodoo Religion has been mixed with Christianity and even Islam. 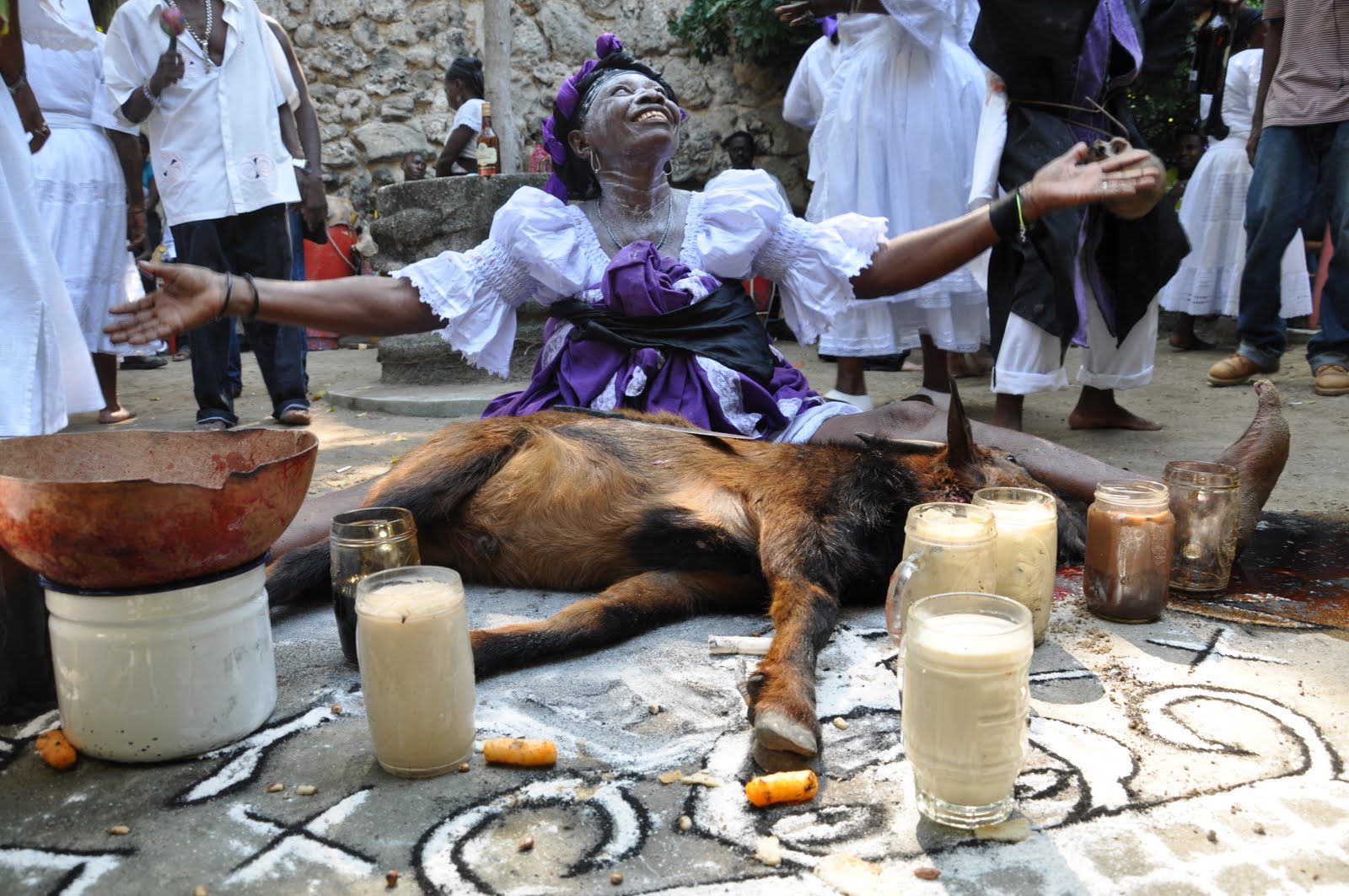 A priestess awakening the dead spirits

Fete Gede begins with people dressing up as spirits referred to as Loas. Only specific families dress up as Loas as it is believed that the spirits have possessed these families for many years.

Other celebrants dress in white and take to the streets, dancing in a procession to the cemetery and graveyards to present the dead with gifts and food to honour them for the protection over the years. 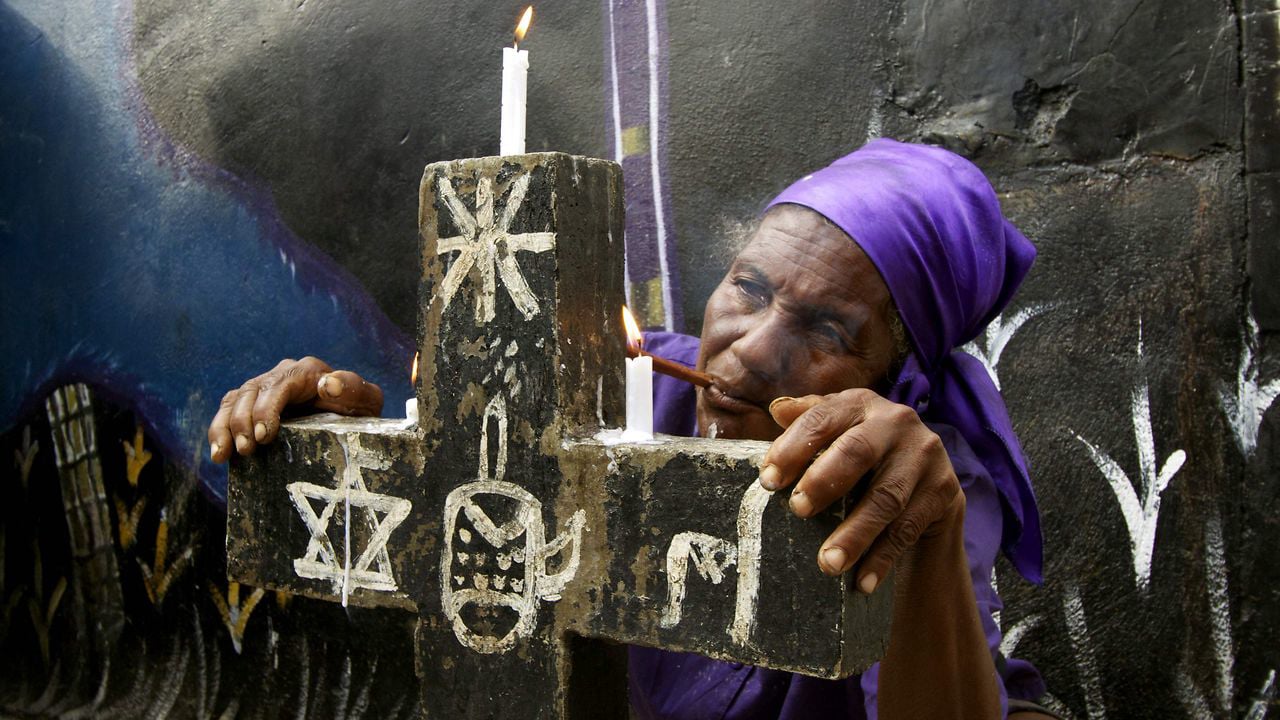 The celebration also honours Papa Gede, who is believed to be the first man to ever die and usher every other dead person into the land of the dead.

The second day of the festival is more intense. Several sacrifices are offered and the spirits possess the bodies of the living who go into a trance amidst drumming and dancing. Families with the power of death and fertility such as the Ghede Doubye, Guede Ti Malia, Ghede Linto, Guede Nibo and many others play their role, linking the living and dead.

During the ceremony, they paint their skin white, sing and dance. They are also expected to rub their bodies and genitals with pure rum mixed with pepper during a procession and offer gifts to the sacred dead. 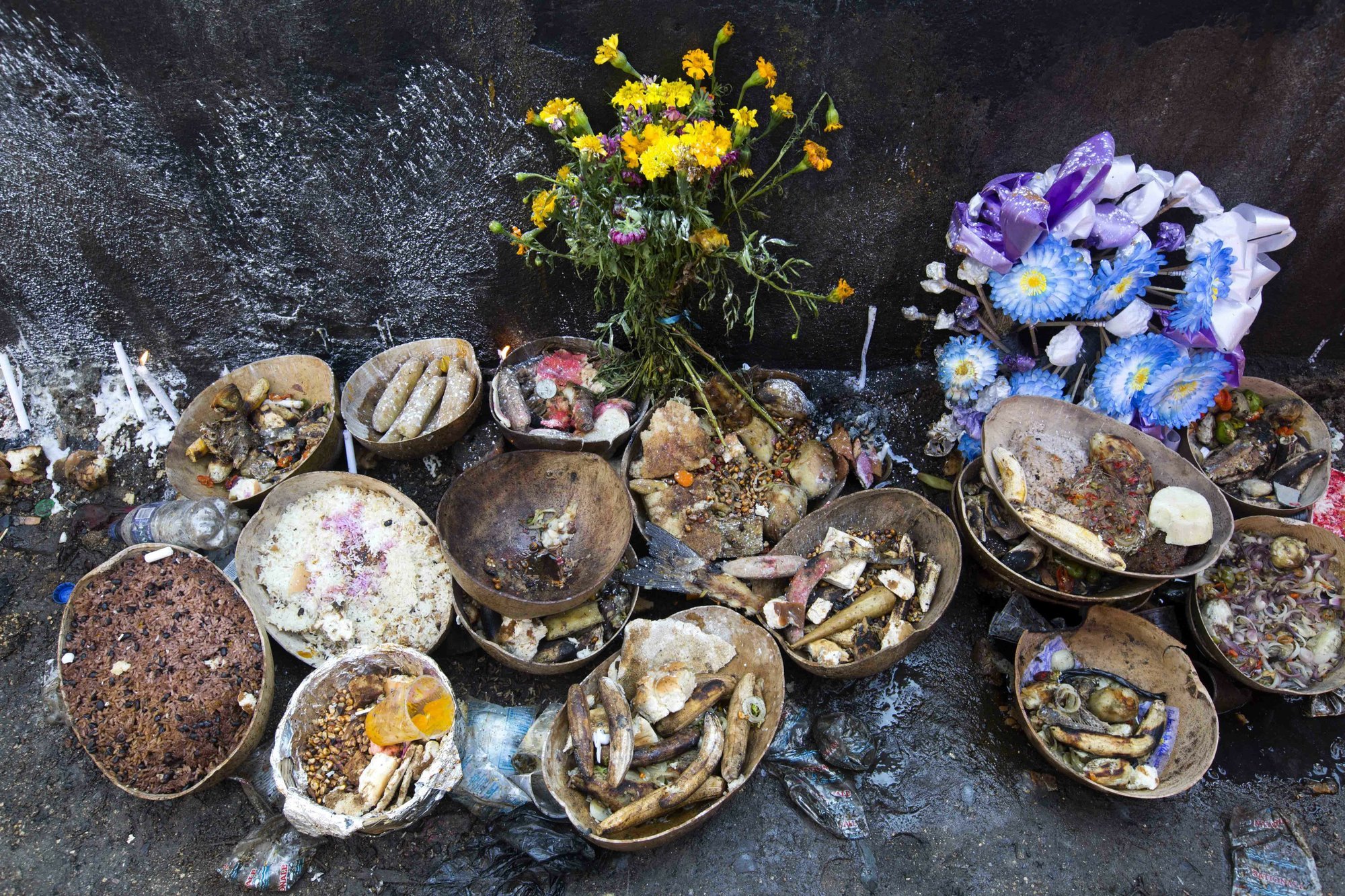 Food sacrificed to the sacred dead

Fete Gede is also an opportunity for people to ask for their heart desires including fertility, prosperity, long life and protection from the spirits. They also get the opportunity to reconnect with their loved ones and celebrate the lives they lived.

The sacrifices and offering continue all through November, but the first two days of the month are marked as the main event or the beginning of the celebration of the dead.

The festival of the dead is also celebrated in Mexico, other parts of the Caribbean and in Benin, which is known as the home of the Voodoo Religion.