For many, it is very hard to believe that the slave trade business was lucrative not only for western slave traders and merchants but also for many local chiefs and warriors who made so much money selling off their own people even after the trade was banned.

Whether many like to admit it or not, there are unfortunately several local chiefs and returnees who continued in the slave trading business and made it even more challenging for the horrifying practice to an end years after it had been abolished.

In modern Togo, Aného was a coastal town known as one of the largest slave centers in West Africa. Slaves from Ghana, Nigeria and other parts of the region were brought to be displayed, sold and thrown on to slave ships to the American plantations.

At the time, the island was known as Little Popo and was a favorite of many western slave traders. 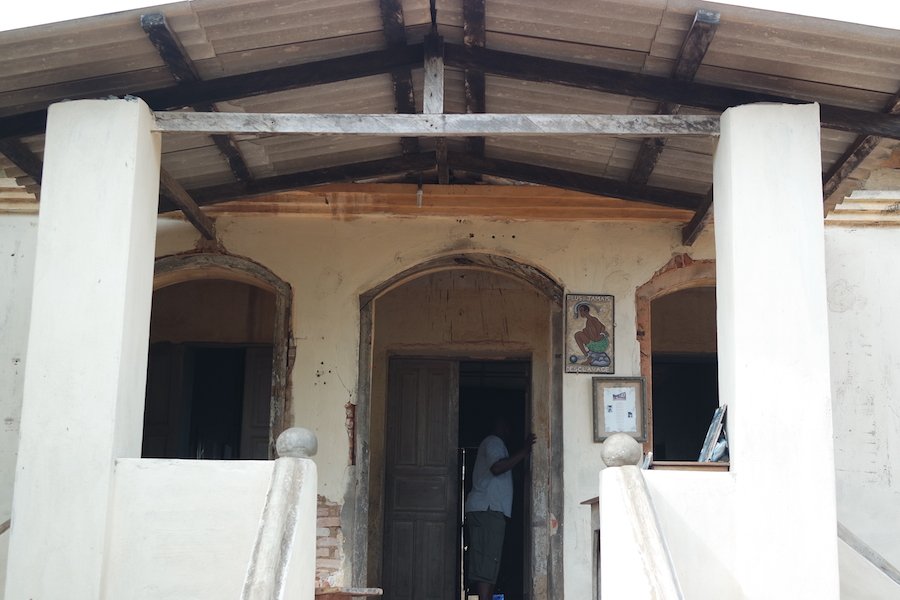 The local inhabitants of  Aného were strongly against the slave trade and often engaged in rebellions to drive off the western slave traders. Unfortunately, there were several local men of power who supported the business, helping the merchants capture and sell people into slavery.

The Portuguese were the first to get into contact with Aneho natives and start the slave trading business, which expanded with the invasion of the Danes and English by the 17th century. The slave traders instigated wars between the Aného and their neighbours and took advantage of the battles to capture people into slavery.

The abolishing of the slave trade did not sit down well with several chiefs in West Africa including Chief Assiakoley of Aneho.

In 1835, Chief Assiakoley welcomed into his settlement an English slave trader called John Henry Wood, who later built a house for him and his family in a secret location. The deal between Wood and the chief was that, in building the house and living together, they would work together to capture slaves, sell them and split the profit. 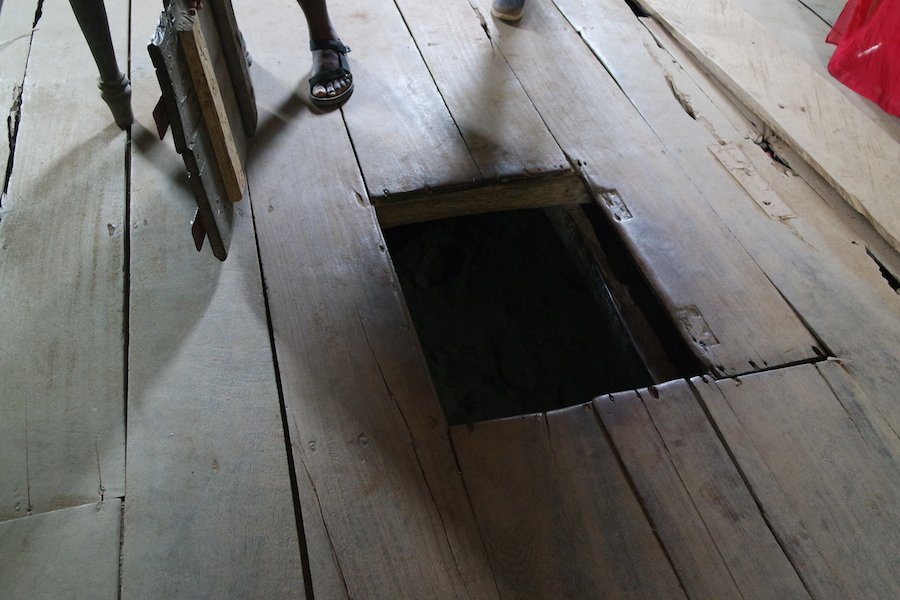 Cabin where slaves were kept

The house, popularly known as the Wood Home of Agbodrafo and had four bedrooms, a large living room and a cellar where the captured natives were kept until they were shipped off into slavery. While staying with Wood, Chief Assiakoley managed to convince several tribal leaders in the north to plan raids and bring the people into slavery.

Once captured, the people were immediately taken into the home and thrown into the dark cellar, located under the living room. They were kept there for several weeks until the slave ships came back to take them off to the new world.

Before leaving Africa, all slaves who went through Little Popo were made to partake in a ritual. They were taken to a well known as the Puit des enchaînés” and made to take their last bath in Africa and run around the well 7 times. This ritual was said to shake off everything African from them and help them lose connections faster than usual.

It took many years to find out about the Wood Home which was a base for illegal slavery. After its discovery, the house has been renovated and opened up as a tourist site and is one of the most visited slave homes in West Africa.