This October, a picture of Nyalong Ngong Deng, a 17-year-old South Sudanese girl from the country’s Eastern Lakes state, was posted on social media, Facebook, with the caption that five men were participating in the auction for her dowry.

The highest bidder, a wealthy businessman, gave the girl’s father more than 500 cows, three luxury cars and $10,000 (R144,000) as dowry and the girl’s marriage was subsequently held on November 3 as pictures of her in a white wedding gown were shared on several social media platforms, reports the Thomson Reuters Foundation.

Many chose to call her “the most beautiful woman” or “virgin bride”, while others described her as “the most expensive woman in South Sudan.” 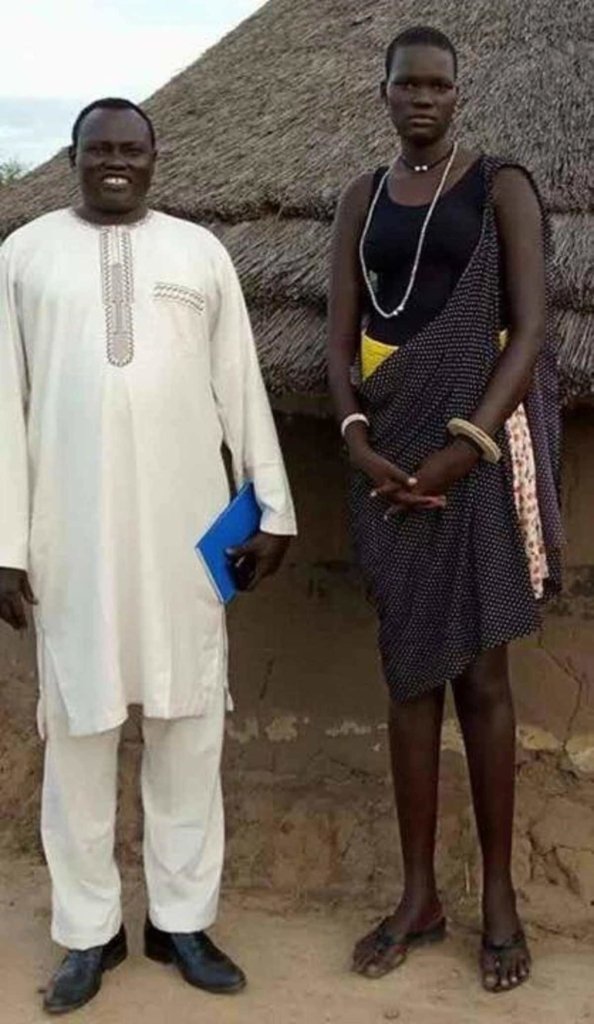 Nyalong standing next to one of the suitors — Tuko

Critics have, however, been wondering how and why a teenager should be sold for marriage on a big platform like Facebook as women lawyers from South Sudan have asked the government to investigate, describing the auction exercise as a form of commoditization of women.

Yet, this exercise forms part of the culture of the Dinka people, a predominant tribe in South Sudan. Marriage among the Dinka, since time immemorial, goes through a laborious and expensive traditional process, with cattle constituting the main bride price.

In the past three decades, the average bride price ranged from 10 to 30 herds of cattle. But those who are well off and also threatened by competition could raise and pay on average between 30 to 50 herds of cattle for one to get married, according to accounts by South Sudanese media paanluelwel.com.

Negotiation for the bride price is believed to be the toughest and interesting part of the marriage ceremony as discussions could go on for many months or even a year. It is significant to note that the groom and the bride are not part of the process of negotiation but their families always strive to get a better deal. 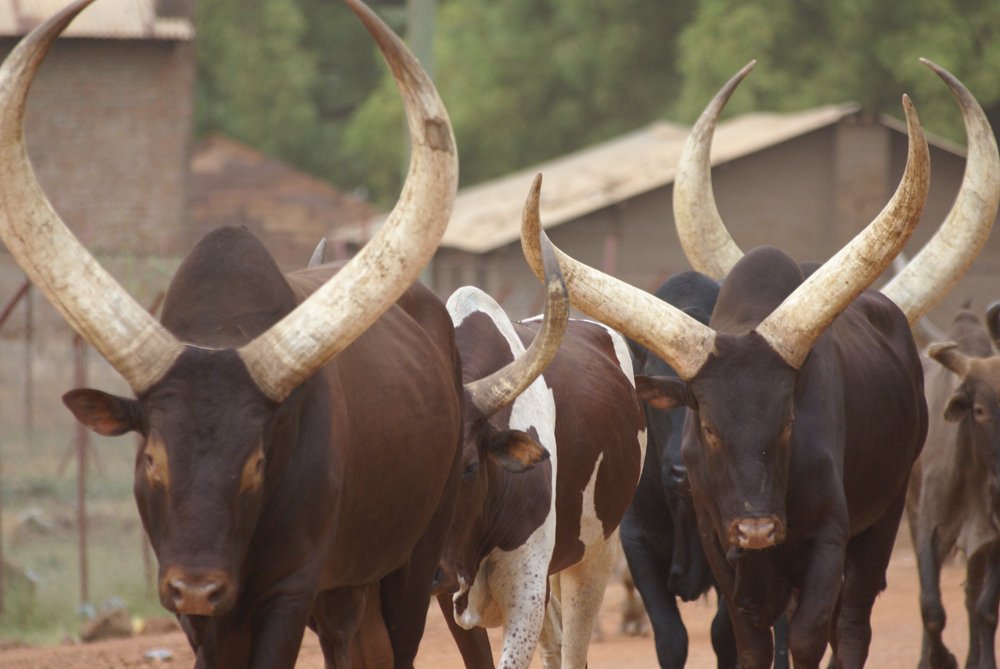 Often, the prospective bride’s family would want a heavy bride price from the man’s family while the latter would not want to pay more. These negotiations officially begin when the groom’s family meet the father of the bride and her other male relatives.

A proposal is put forward by the bride’s family, and this can go as much as $20,000 or more, according to a report on Dinka marriage by Moses Wasamu, a 2012 World Journalism Institute/Africa fellow.

Apart from the stiff competition from other men which drives up the number of cows to be given as bride price, other factors such as the height of the woman affect the number.

Accounts by Wasamu state that the taller the girl is, the more cows she might get and if there is a competition, the relatives of the bride keep the cattle from the competitors separated until the highest bidder finally takes the girl.

Dinkas have often had a large part of their wealth coming from farming, as most men tend cattle. Being the most populous tribe in South Sudan, Dinkas are divided into clans and each has a standard payment for bridewealth.
Many wonder how young people in a country like South Sudan which has high levels of poverty following years of conflicts, are able to come up with as many as 30 or 50 cows for marriage.

Though some have their parents contributing to raising the required number of cows, others are not that fortunate and so marriage eludes them. What they mostly do, according to most accounts, is to sleep with young girls, impregnate them and leave the community.

Apart from the concerns of these young men, activists have also raised issues with the practice which seems to have taken a more extravagant form as years go by. Parents are giving out their daughters at a much higher price as evident in Deng’s story. What has been condemned by many is the fact that these parents are doing it in an auction exercise that even had high-ranking officials also bidding for her.

Activists fear that this might be picked up by other cultures who would just start selling their daughters off on social media.

“The practice is a gross human rights violation and violates the rights of a girl. It does not only deprive the girl child from education and limit her future opportunities in her life, but also increases the risk of violence, jeopardizes her health, reduces the girl child to a property, and deprives her from the right to choose,” Monica Adhiue, acting executive director for South Sudan’s National Alliance for Women Lawyers told VOA’s South Sudan in Focus.

The legal age of marriage in South Sudan is 18, yet more than 50 percent of South Sudanese girls get married before they turn 18, according to UNICEF. This has been attributed to the high levels of poverty and years of conflict in the country, as well as, the low levels of literacy.