Many people know Lozikeyi Dlodlo as one of the wives of King Lobegula Khumalo, of the Ndebele. Not so many know that she was the leader and the inspiration for the second Anglo-Matabele war, also known as the War of the Red Axe and the First Chimurenga, which is considered Zimbabwe’s first war for Independence.

Born in 1855, Lozikeyi was the daughter of Ngokho Dlodlo. Her marriage to Lobengula was to strengthen the king’s support base as the Dlodlo family were traditional healers and military expertise.

Although she had no biological children, Lozikeyi had children through a surrogate: her cousin, who bore her a daughter called Mamfimfi.

Among her duties as Senior Queen was overseeing the white people and their interaction with the members of the Ndebele community. King Lobengula would consult her about boundaries to set when it came to sexual relations between white men and Ndebele women. 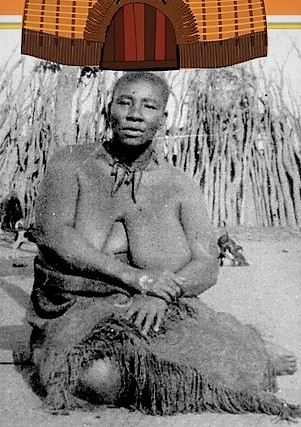 She was also the head of the royal women quarters and was attached to one of the king’s prestigious age sets called iMbizo.

When King Lobengula disappeared, Queen Lozikeyi became the defacto leader of the Ndebele.

She was in charge of the King’s army, thanks to her Dlodlo powers. Together with her twin brother, Muntuwani, she ensured that the army had enough ammunition ahead of the 1896 war by using the weaponry her husband did not use in the first Anglo-Matabele war of 1893.

She comes from a family of traditional healers, known as Iziyanga, and believed that the power of the Ndebele warriors was peak during the full moon.  With this knowledge, the warriors made the first attack on the night of 29 March 1896, beneath a full moon.  The attack happened at the Big Dance ceremony, where the Ndebele warriors, and their allies, the Shona, would kill any white person they encountered.

The fight went on until August 1896, when the two parties decided to negotiate.  Queen Lozikeyi guided two negotiations that oversaw the reinstatement of the Ndebele autonomy as well as the prevention of more deaths.

After the war, the Queen continued to defend and protect her people. However, she was still unable to bring back the Ndebele monarchy. In 1909, after years of being against Christianity and western education,  she eventually surrendered to the western style of education even welcoming an evangelist from the London Missionary Society to settle in her retirement home, known as Queen’s Location.

Quite a number of schools were opened in Bubi District.

Referred to as a dangerous and intriguing woman by the British, Lozikeyi was a no-nonsense woman who spoke her mind and was openly defiant against the white settlers.

Queen Lozikeyi is the subject of a 2013 biography, Lozikeyi Dlodlo Queen of the Ndebele: “A Very Dangerous and Intriguing Woman” by Marieke Faber Clarke and Pathisa Nyathi.

An image of her was installed at the Bodleian Library in central Oxford in 2014. 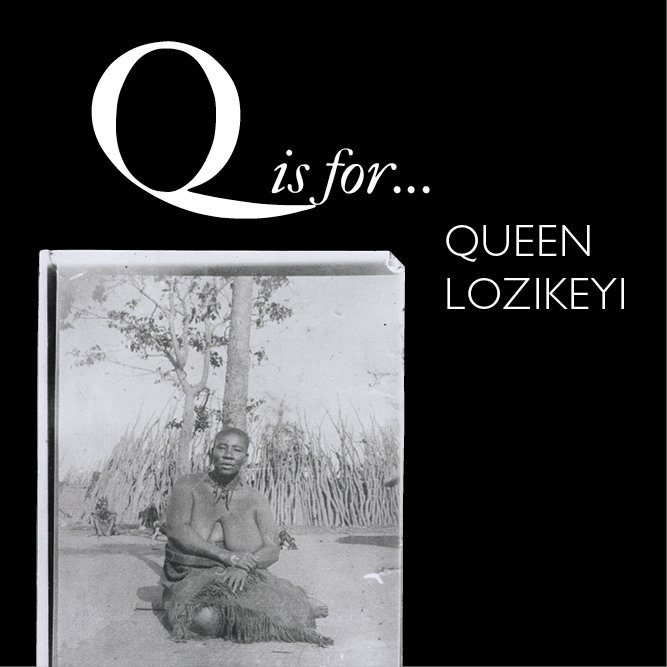 Photo of Queen Lozikeyi at the Bodleian Library.