When former Zimbabwean leader, Canaan Banana reportedly died of cancer on this day in 2003, he was not given a hero’s burial that senior governing party members normally received.

This was not only because he was a serial rapist but also because it had become public knowledge that he was a homosexual shortly after Robert Mugabe, then the prime minister condemned the practice and called such people “worse than dogs.”

Born in 1936, Banana was chosen to serve as president in a ceremonial post when Zimbabwe gained independence in 1980.

He renounced this position in 1987 when Mr Mugabe, then prime minister, became executive president.

Banana first trained as a teacher and then as a minister at a local theological college before being ordained as a Methodist minister in 1962. 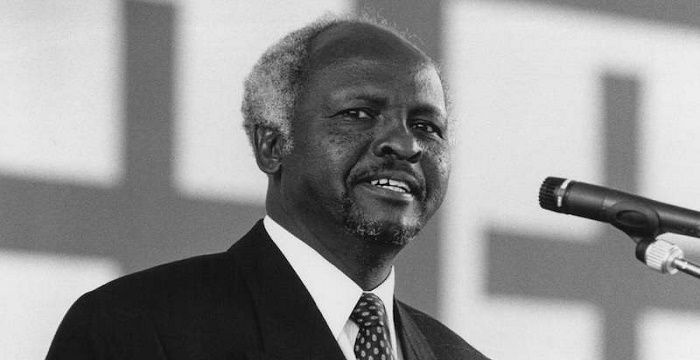 He later got attached to politics as the independence struggle at the time intensified.

Reverend Banana used his pulpit to condemn the white regime of what was then Southern Rhodesia, writing statements and even reportedly putting down an updated version of the Lord’s Prayer, with lines such as “Our father who art in the ghetto…Teach us to demand our share of the gold/Forgive us our docility/As we demand our share of justice.”

Authorities were not pleased with his words and actions, but he received commendation from many black leaders who were part of the liberation movement.

Becoming a member of Mugabe’s party, Zanu PF, Banana was picked as the party’s main leader when the country gained independence.

His struggles and commitment to get the white supremacist regime out of office were, however, outshone by a scandal that rocked his last years in administration, destroyed his reputation and career and ended his marriage.

There had been rumours about his private sex life and hobbies that included raping his male servants, but these became public only in 1997 when one of his victims, his bodyguard spoke out. 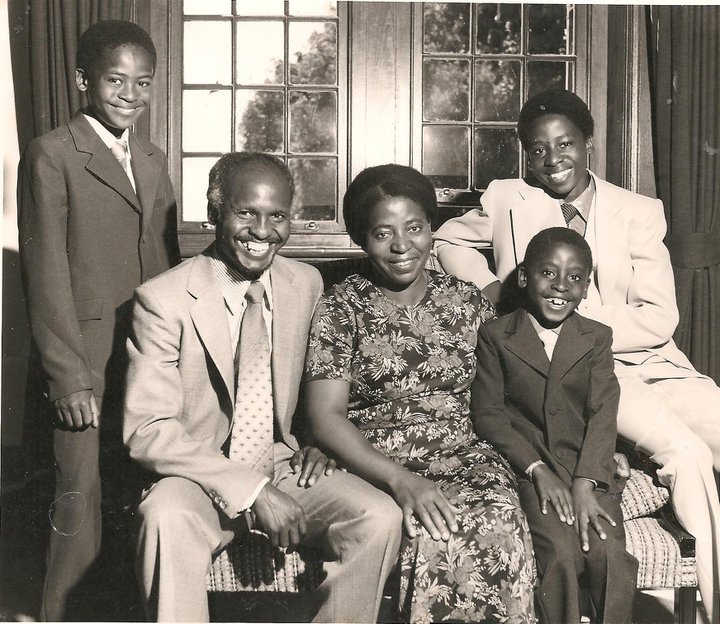 The 36-year-old, Jefta Dube, who was on trial for the murder of a colleague, had pleaded in mitigation that the man he shot had embarrassed him by calling him “Banana’s wife”.

Dube told the court that while he was serving Banana in the mid-1980s, the president had repeatedly raped him.

He narrated that the first time it occurred, Banana played cards with him, and laced his drink with drugs. Dube said he woke up on the carpet of the State House library with no trousers and was greeted by a smiling president who said: “We helped ourselves.”

Even though Banana denied these, many more people accused him of similar acts, including a cook, a gardener, a policeman, and even his own students from the University of Zimbabwe, where Banana, a former Methodist minister, was Professor of Theology.

In 1998, Reverend Banana was convicted of 11 counts of “sodomy” and “unnatural acts”.

But before his sentence, he fled the country due to fear that Mugabe might have him killed. He, however, returned upon advice from the then South African president, Nelson Mandela to do so. 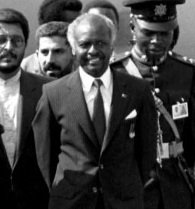 He served eight months of a ten-year sentence, being given an early release due to good behaviour.

Banana’s trial and conviction, however, dented the image of a statesman who had hitherto been given praises for brokering the Unity Accord of 1987 which brought an end to the country’s Matabeleland massacres.

It was said that there were even plans to have him serve as a mediator between President Mugabe and opposition leader, Morgan Tsvangirai, after the contentious election of March 2002 but this did not materialize. 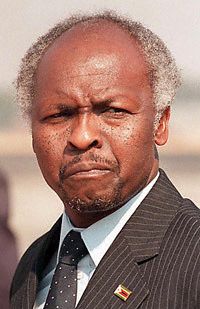 Banana subsequently fell ill and it was reported that on his sick bed, he felt deeply troubled about the political tensions and other happenings in the country but knew he couldn’t do anything about them.