The struggles of slaves and people of African descent in Ecuador is overshadowed in history by stories from America, Europe and Africa. Afro-Ecuadorians have suffered marginalisation, racism, and seclusion in their own homes and the story of their resilience and strong-will is one worth sharing and celebrating as part of Black history.

The slave trading business in Ecuador began to thrive as the demand for slaves by Jesuit monks and missionaries increased. These monks, missionaries, and owners of huge haciendas and cotton and sugarcane plantations needed cheap labour to produce more and maximise profits for them.  Soon, the slaves were sent off to work in gold mines which exposed them to dangerous situations with no protection. Young women and children were made to work in homes until they were old enough to do more strenuous work.

In 1533, a slave ship travelling to Peru capsized on the Ecuadorian coast. 23 slaves managed to escape from the ship and establish a maroon settlement in Esmeraldas. The successful establishment of the settlement made them the first freed slaves in Ecuador.

Between 1710 and 1820, the history of slavery in Ecuador makes mention of several rebellions and resistance movements. Slaves that escaped often settled in Esmeraldas. Esmeraldas soon developed into a black community as many more slaves escaped from their owners into the area. After a while, more and more freed slaves began to settle in other parts of the country.

Many blacks fought in the army to help Ecuador gain its independence, but despite gaining independence in 1822, slavery in Ecuador officially came to an end in the 1850s.

The end of slavery began a new struggle for Afro-Ecuadorians.  Slave owners and masters were compensated for their loss, and freed slaves were left with no land or money. They could not afford education because they were not offered jobs and many of them were forced to continue working for their masters for very little money or in exchange of a place to sleep and something to eat. 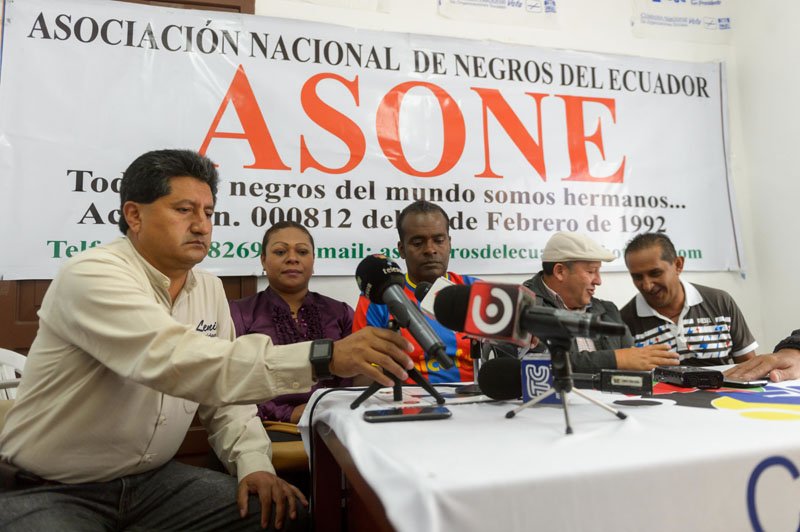 During the Ecuador Liberty Revolution of 1895, many Afro-Ecuadorians were used as pawns in exchange for peace or as a gift of an agreement. Descendants of enslaved Africans in Ecuador continued to suffer racism and marginalisation. In 1988, the Asociación de Negros Ecuatorianos (ASONE) was set up by Afro-Ecuadorians to fight for the fundamental rights of its people. It was the first of many groups to be formed with the aim of making Ecuador a home to the people of African descent.

The fight of the Afro-Ecuadorians continued and reached its peak in 1992 during the 500th Anniversary of the  European arrival in the Americas. They aimed to include their narrative in history after many years of being sidelined, disrespected and disregarded.

After years of struggling, the Afro-Ecuadorian community got support from international bodies including the Pan-Latin American networks. The connection with these organisations led the government to include and recognise the Afro-Ecuadorian community as an ethnic group with rights stated in the constitution. Their appearance in the constitution made them enjoy the privileges and benefits of being born in Ecuador like other people.

In 2002, the Afro-Ecuadorian Development Corporation (Corporación de Desarrollo Afroecuatoriano, CODAE) became an official institution dedicated to addressing and solving problems that the Afro-Ecuadorian people faced. The institution was created by the then president, President Fabián Alarcón in 1998 but only became active 4 years later.

Today, the Afro-Ecuadorian community can rightfully call Ecuador their home. Till date, they celebrate their long-suffering through festivals and expressiveness in music and arts. Despite the fact that they still suffer racism, the community continues to thrive and is resilient with the hopes that the story will be completely different 50 years from now, as it was 50 years ago.