The young generation in Kenya is aware of Ngugi wa Thiong’o as the father of written literature. They are not aware of his contemporaries in the intellectual and literary struggle for truth, justice and democracy. Ngugi was not alone and has never been alone in this struggle towards better Africa. He is an outcome of a strong intellectual peerage.

Taban Lo Liyong, Okot P’Bitek, Okello Oculli, Grace Ogot, Ali Mazrui, Jared Angira and Abdalla Abdallatif are his peers in East Africa. But from West Africa, there was Chinua Achebe, Wole Soyinka, Amilcar Cabral, and Ousmane Sembene. From South Africa, we had Masizi Kunene, Eskia Mphalele, Dennis Brutus and Alex La Guma. From the Maghreb, we have Naguib Mahfouz and many others.

Out of all the above contemporaries, Sembene and Ngugi have a lot in common, both on a contrasting and a comparative scale. Foremost, Ngugi’s book Weep Not Child turns 54 this year. Similarly, this is also the month in which the African community celebrates 11 years since the death of Sembene on June 9, 2007. Ngugi also recalls in Detained, his prison diary that in June in 1987, he was attacked by a deathly fit of asthma while on a temporary visit to Dakar, Senegal. It was no one else but Sembene who gave him the life-saving first aid, regardless of language barrier.

Ngugi is the son of a peasant farmer from Kenya; Sembene was the son of a fisherman from Senegal. Kenya is on the Indian Ocean coast of East Africa. Similarly, Senegal is on the Atlantic Ocean coast of West Africa. Both Kenya and Senegal are former colonies of European powers. Ngugi was born in a polygamous Kikuyu family in central Kenya whereas; Sembene was born in traditional Ziguinchor in Casamance to an Islamic Lebou family. Both of them were exposed to African cultural traditions at their earliest age. Sembene was exposed to Serer religion especially the Tuur festivals. Ngugi was exposed to Christo-pagan Kikuyu traditions. They were both circumcised at a tender age, Sembene under Islamic observation, while Ngugi under observation of Kikuyu circumcision rituals.

Ngugi recounts often in his essays that he was inspired by his mother, to an extent that she was the chief guest during the launch of A Grain of Wheat at the University of Nairobi. Ngugi uses very many dominant female characters in his books, like Nyambura in The River Between and Nyawira in the Wizard of the Crow: this is simply a connotation that Ngugi appreciates his mother. 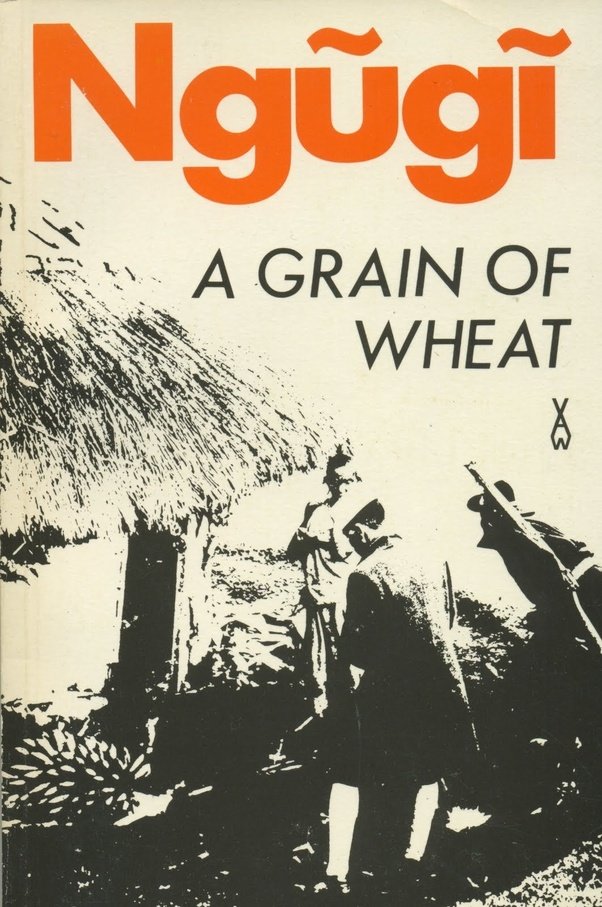 Ngugi’s A Grain of Wheat

Similarly, Sembene was greatly influenced by his maternal grandmother, who raised him. He is even named after his maternal grandfather; Sembene Ousmane Matar. Women also play a major role in most of Sembene’s works. An example is the towering Ramatoulaye in God’s Bits of Wood.

When Ngugi was at Alliance high school studying English and literature, he contrasted Sembène who had been drafted into the Senegalese Tirailleurs in 1944. This is where Sembene learned railway maintenance skills. Sembene later fought in the World War II with the Free French Forces. Ngugi did not actively fight any war, though he was indirectly affected by the European centred wars. His close relations fought in the World War II and later on Mau Mau guerilla war for Kenya’s independence.

After the war, Sembene returned to his home country, But Ngugi was then lucky to join Makerere University. These and other experiences like the 1947 participation in a long railroad strike influenced Sembene to write his seminal novel God’s Bits of Wood, the book which exactly shares content, theme, style and a socialist denotation with Ngugi’s Petals of Blood. 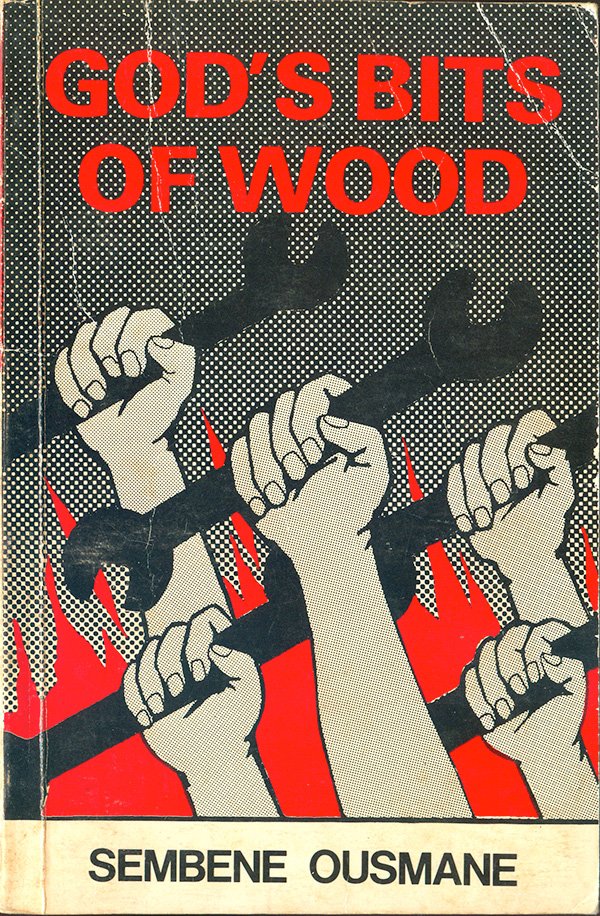 Ngugi and Sembene were inspired by Karl Marx after reading his writings on socialist ideology. They also coincidentally have female Marxist intellectual sympathizers in their countries. Ngugi has Micere Mugo and Sembene has Mariama Ba. Both Micere and Mariama were teachers of European languages. Micere and Ngugi are still alive, but Mariama and Sembène died over a decade ago.

After their countries got independence, they both clashed with the leadership They both sought for refuge overseas. Sembene stowed away to France, But Ngugi used a Ghanaian Passport to take refuge in America. They separately discovered the Harlem Renaissance writer Claude McKay and the Haitian Marxist writer Jacques Roumain. When Sembène opted to study filmmaking for a year at Gorky Film Studio, Moscow, under Soviet director Mark Donskoy, Ngugi settled as self-styled Marxist and professor of English at Irvine University.

Both authors have had concern with social change in Africa and the world. Their focus was the working class members in their respective societies. They both wished to touch a wide audience but realised that the written works would reach only small cultural elite, thus they tried their hands at theatre and drama. This is when Ngugi wrote and directed his second drama I Will Marry When I Want at Kamirithu Community theatre, as Sembène produced his first film Barom Sarret (The Wagoner). Ngugi had written and directed the play in his native language kikuyu, a literary and cinematographic success that Sembène had already registered in his 1968 film the Mandabi.

Later, Sembene settled as Wolof-language films writer, with films such as Xala (1975), Ceddo (1977), Thiaroye (1987), and Guelwaar (1992). This is the same literary position that Ngugi has persistently taken till today; he has written in Kikuyu and soon he is producing another one in Kikuyu under the title, Rwimbo rwa Njuki (The Song of a Bee).