When Nigerian author Wole Soyinka was arrested in 1967, many thought he would not talk about his experience as he was denied any stationery in the prison.

Soyinka was arrested for illegally visiting the secessionist territory Biafra in 1967.  He had met with the secessionist leader, military governor Chukwuemeka Odumegwu Ojukwu in Enugu in 1966, and was forced to go into hiding as he was labelled a spy during the civil strife between the Nigerian government and Biafra. 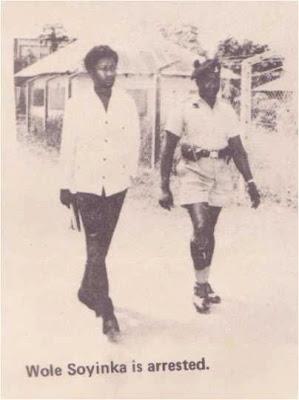 Born on this day in 1934, Soyinka is known as the first African to win the Nobel Prize for Literature in 1986. The backdrop of his win featured works that bore cultural significance, political controversy and literary prowess.

In prison, despite the lack of writing materials, he was able to produce a significant body of poems and notes criticising the Nigerian government.   Some of his works including The Lion and The Jewel, The Trials of Brother Jero and The Strong Breed were produced in Ghana and New York.

He also published Idanre and Other Poems and translated the fantastical novel by his compatriot D. O. Fagunwa,  The Forest of a Thousand Demons: A Hunter’s Saga, from Yoruba to English.

After his release from prison at the end of the Nigerian-Biafran war, Soyinka published The Bacchae of Euripides and Poems from Prison short time after.

In 1971, he published The Man Died, a memoir about his time in prison. 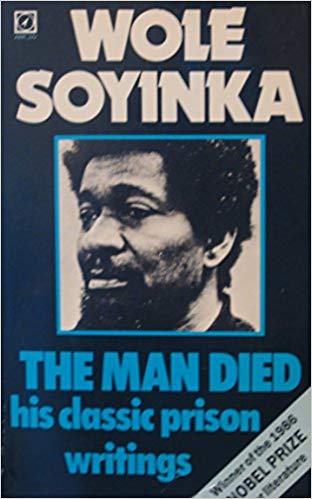 The book highlights his arrest and interrogation, as well as government efforts made to incriminate him. It also gives details of the mental effects of solitary confinement.

Soyinka went ahead to publish other books, win other awards and continued to engage in political activism, highlighting the different situation people of Nigeria and other black people are going through in the world. He recently came to the limelight for tearing up his green card days after American President Donald Trump was elected.